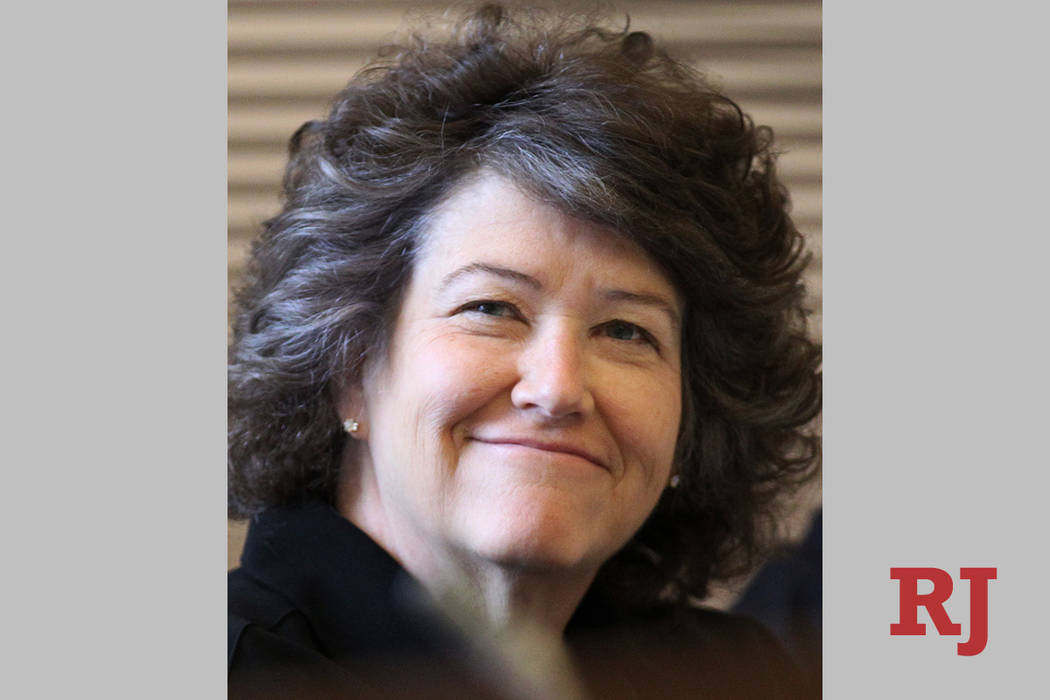 Erdoes, 64, has worked for the Nevada Legislature dating to 1980 when she started off drafting legislation for lawmakers. Since 1994, Erdoes has held the title of legislative counsel where she’s been responsible for managing the bureau’s legal division.

Erdoes will replace former director Rick Combs, who retired last month after 26 years with the state, including the last eight as the leader of the bureau.

The committee of 10 members Monday interviewed five candidates, including Erdoes, before making the recommendation. The final decision came down to Erdoes and Marsheilah Lyons, who has 20 years of experience at the Legislature and is the current deputy research director and chief principal policy analyst for Legislative Counsel Bureau.

The Legislative Commission will need to finalize the move when it meets later this week.

Erdoes said she never really imagined herself as director before, but sees it as an opportunity to put together all of the things she’s learned over her long career at the Legislature.

The other three finalists considered for the job included:

— Wayne Thorley: Thorley spent six years working for the Legislative Counsel Bureau before moving to the secretary of state’s office in 2015. Since October 2015, Thorley has served as the deputy secretary of state overseeing elections.

— Joe Kolman: The only finalist from outside Nevada, Kolman currently works as the director of environmental policy for the Montana Legislature, where he has worked since 2004. Prior to that, he worked as a journalist for more than a decade in Oklahoma, Idaho and Montana.

— Roger Wilkerson: Wilkerson has spent the last 12 years working for Legislature and has worked as a chief in the administrative division for the last seven.