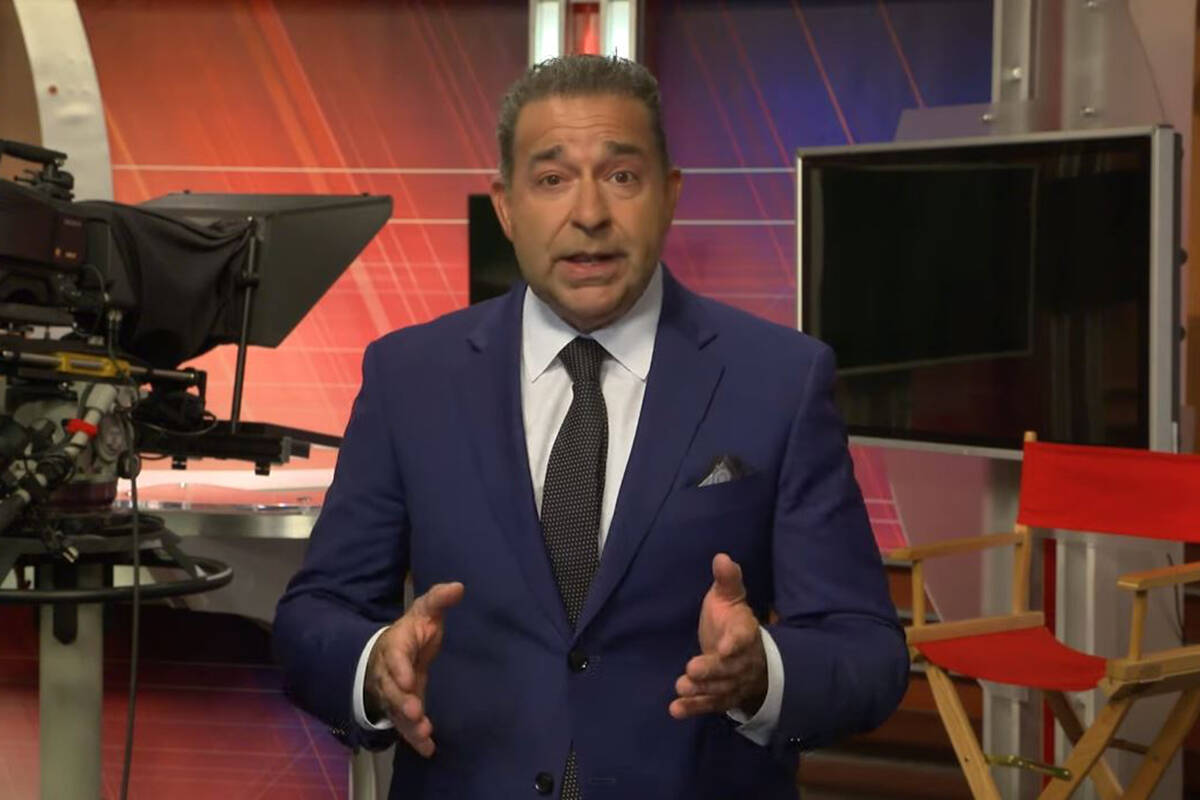 Former KSNV-TV anchor and reporter Gerard Ramalho said he is running for Nevada secretary of state in announcements made Wednesday, Sept. 22, 2021. (YouTube)

Former KSNV-TV anchor and reporter Gerard Ramalho said he is seeking the Republican nomination for Nevada secretary of state in announcements made Wednesday on Facebook and YouTube.

Ramalho decries “single party rule in Nevada” in his announcement. Democrats currently hold five of seven statewide offices — with the office of lieutenant governor recently vacated by Democrat Kate Marshall — and both houses of the Legislature.

Democrat Cisco Aguilar and two other Republicans, Sparks Councilman Kristopher Dahir and former Las Vegas Assemblyman Jim Marchant, have also indicated they will run. Incumbent Barbara Cegavske, the only Republican to hold statewide office, is termed out from running again.

In his announcement, the former journalist says the news industry “changed so much” over his 30-year career that “much of the media now have a specific agenda.”

“Something else that has changed is our elections process,” he continues, charging, “Partisan legislators used the pandemic to manipulate our laws and change the system so that it benefited one party over the other.”

He cites polling that shows a majority of Americans supports requiring a photo ID to vote and says he “will be a strong voice for voter ID” and against third-party ballot drop-off, which opponents refer to as ballot harvesting.

Ramalho was one of more than a dozen KSNV employees who were laid off March 4 as Sinclair Broadcasting, one of the nation’s largest television broadcasters, eliminated hundreds of jobs around the country.