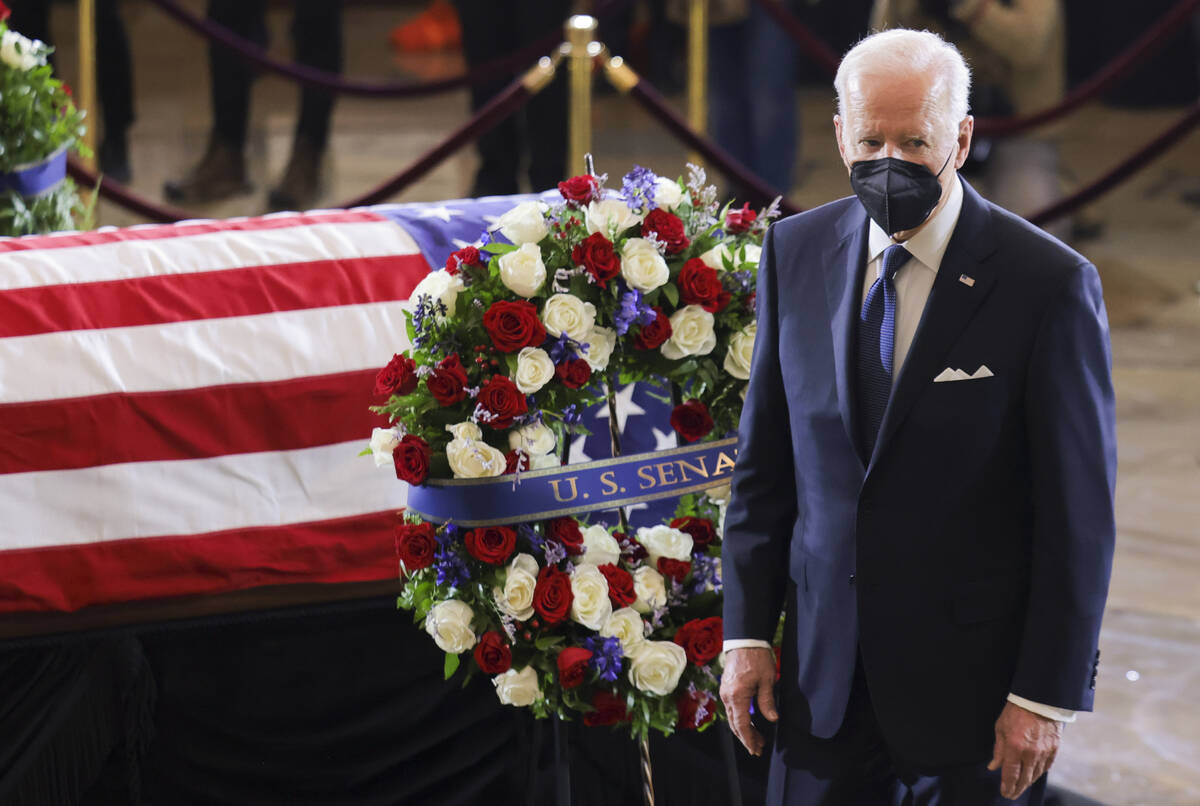 Former U.S. Sen. Harry Reid was buried in Searchlight Thursday morning, according to a person familiar with the arrangements.

The private burial service was attended by family and came a day after national leaders honored the late senator at the U.S. Capitol.

Reid died Dec. 28 after a long battle with pancreatic cancer. He was 82.

He ascended from humble beginnings in Searchlight to become the most powerful Democrat in the U.S. Senate, where he was instrumental in blocking the storage of nuclear waste in Yucca Mountain and passing the Obama administration’s landmark piece of legislation, the Affordable Care Act.

On Wednesday, Reid became the first Nevadan to lie in state in the U.S. Capitol. He was the longest-serving U.S. senator in state history.