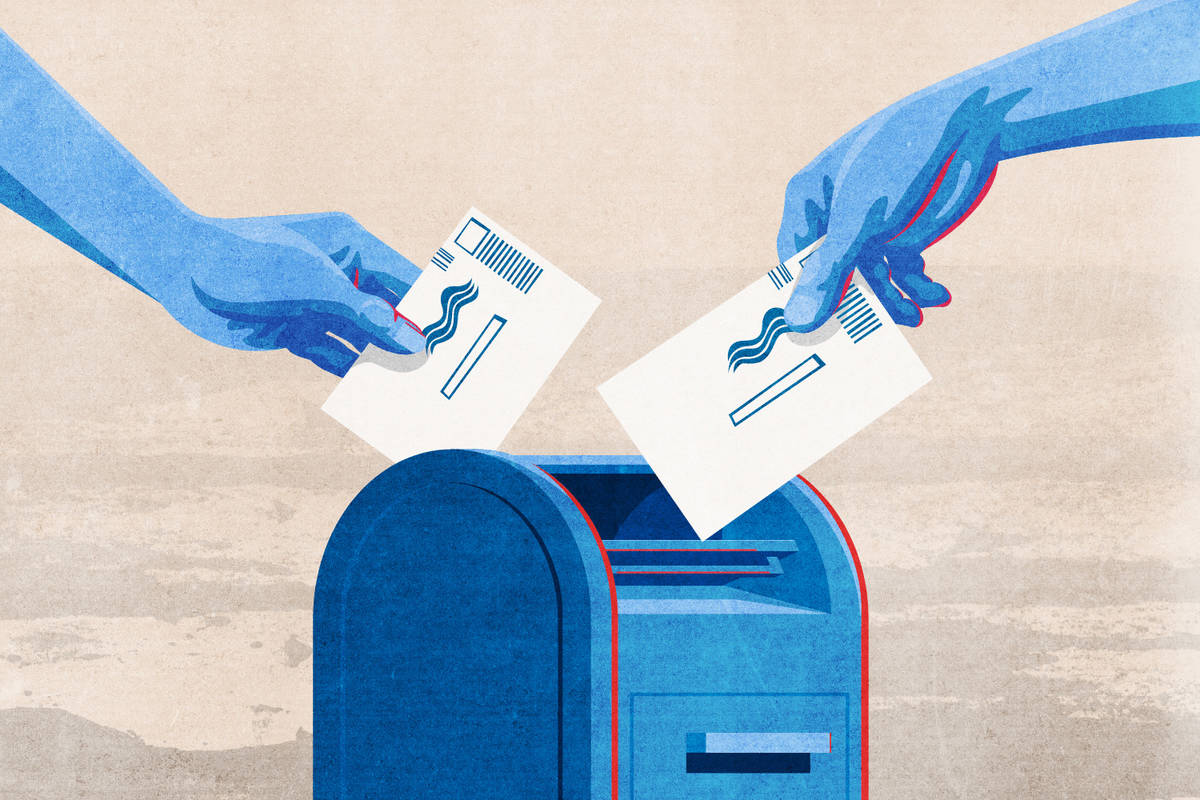 Even though each of the Republican candidates gunning for the nomination for Assembly District 35 don’t necessarily have much political experience, they say their experience is invaluable to getting the job done.

Claudia Kintigh and Jay Calhoun will be on the ballot June 9 to represent the district that covers part of Clark County and the city of Henderson, including the Highland Hills neighborhood.

The winner will run against Democratic incumbent Michelle Gorelow, who was first elected in 2018.

Why did you decide to run for office?

“And just the problems with our education system, too. The Clark County School District was ill prepared for what’s going on right now. I’m raising my family here, and I just want to do a better part in their city, as well.”

What’s your response to the coronavirus, and possible budget cuts that may be needed?

“I would never raise taxes, that’s the first thing. Raising taxes defeats the purpose of being a Nevadan, because that’s what attracts business and professionals to come live here,” Kintigh said. “I think the Clark County School District mismanages a lot of funds, I would take a look at that first.”

How would you deal with partisanship if elected?

“Just because people disagree doesn’t make them wrong. I’m pretty open minded, and I have a lot of things that I’m not a Republican in. I’m pro-union. I come from union, I was a union worker at the Monte Carlo for 15 years. I happen to differ on that opinion,” Kintigh said.

“It shouldn’t be about R or D, it really doesn’t matter. We all live here and we really want what’s best for our families. Unless of course you’re the big corporations that want to make money.”

What’s your pitch to voters?

“I have that experience of actually being in the trenches of the casino industry — the tourism and the politics — I represented my employees and my coworkers in the union. I’m also bilingual, my mother is from Mexico, and we have a growing population of Mexicans in this town,” Kintigh said.

“When you’re a native, there’s something to that and I would make changes because this is my home. We are our own state, and I want to keep it that way, I don’t want to see it turn into California.”

Background: Army veteran, founder of the Anointed Radio Network LLC, former special ambassador for the mayor for the City of Antioch, California.

Why did you decide to run for office?

“I just want to be able to make a better Nevada … We know a lot of transplants come here, we’re a place where people will want to grow,” Calhoun said. “Other states will want to look at us and say, ‘look at what Nevada has done,’ and it’s going to take people like myself and others to bring new ideas to have Nevada become what it should be, and that’s a better, brighter place.”

What’s your response to the coronavirus, and possible budget cuts that may be needed?

“We’ve never been through this before, nobody has ever been through the coronavirus, so it wouldn’t just be my thoughts on it. It would be a collective solution,” Calhoun said. “I would have to work with the constituents if I’m elected in, to see what is there as a team, what can we cut? That’s the key.”

How would you deal with partisanship if elected?

“You’ve gotta listen. You have got to hear us out. You have to see that it can be done in a different way. You can’t be the one trick pony, you have to show that you have a plan. That you can do things differently and help the community be a better community,” Calhoun said, adding:

“If I have to show the facts, I will fight to make sure the point comes across so the district that elects me knows the politician they put into the seat is actually fighting for them in Carson City.”

What’s your pitch to voters?

“I’m a veteran, my dad was an old drill sergeant, and if I’m going to do it, I’m going to do it 100 percent, I’m always going to put my best foot forward and I’m going to fight for it until the end,” Calhoun said, emphasizing that “education is everything, because it’s going to dictate the next generation of Las Vegas.

“With so many (Air Force) airmen here, I also want to make sure that there is equal opportunities for mental health and job creation for those transitioning after serving (in the military).”