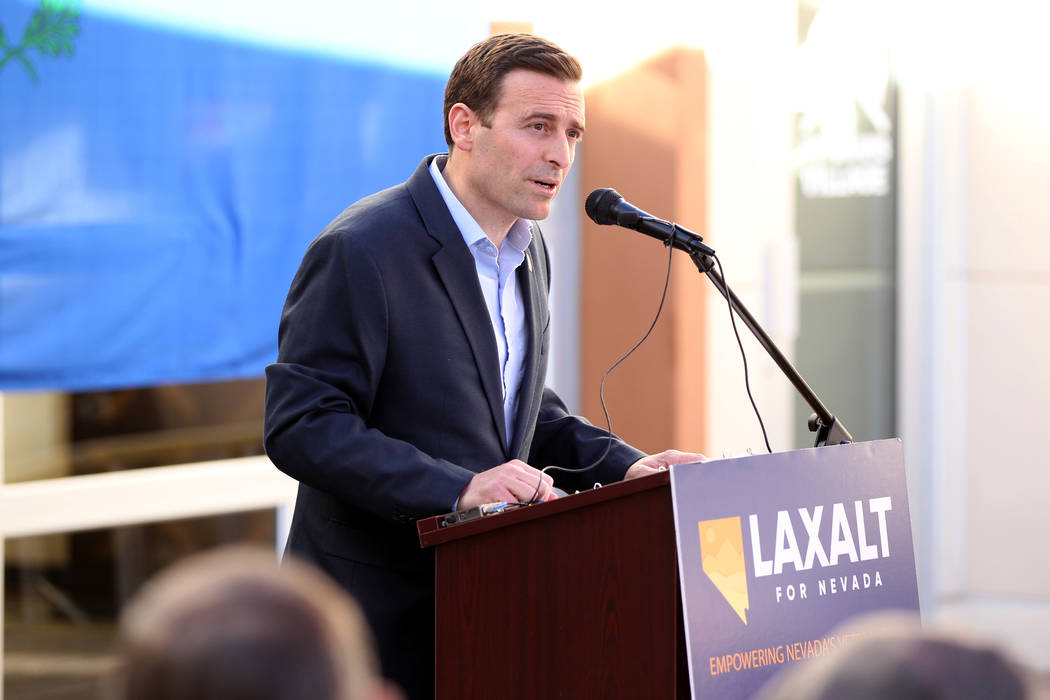 Gubernatorial candidate Adam Laxalt unveiled his education plan Wednesday calling for extensive reforms in Nevada’s K-12 system that he says leaves too many students “stuck in schools that are failing them.”

Laxalt’s plan, dubbed Nevada’s Next Chapter in Education Reform, would alter how the trustees of the school boards for Clark and Washoe counties are chosen, loosen restrictions on charter schools and instill more state-level oversight of local school districts’ spending.

Laxalt, a Republican, said his education platform has come together after months of meetings with Nevada teachers, administrators and policymakers.

“Education is the civil rights issue of our time. Too many kids are never given a chance to succeed because they are stuck in schools that are failing them,” he said in a news release detailing the platform.

Laxalt’s plan promises that Nevada “will never go backwards from our current levels of education spending,” but several of his proposals would require either additional money or cuts from other areas in the education budget.

Those include doubling out-of-pocket spending reimbursement for the states’ 20,000-plus teachers from $250 per year to $500, rewarding “high performing” schools with monetary award, doubling the cap on Opportunity Scholarship programs to $64 million per biennium and calling for increased funding career and technical education programs offered to students.

Other highlights of Laxalt’s platform include: