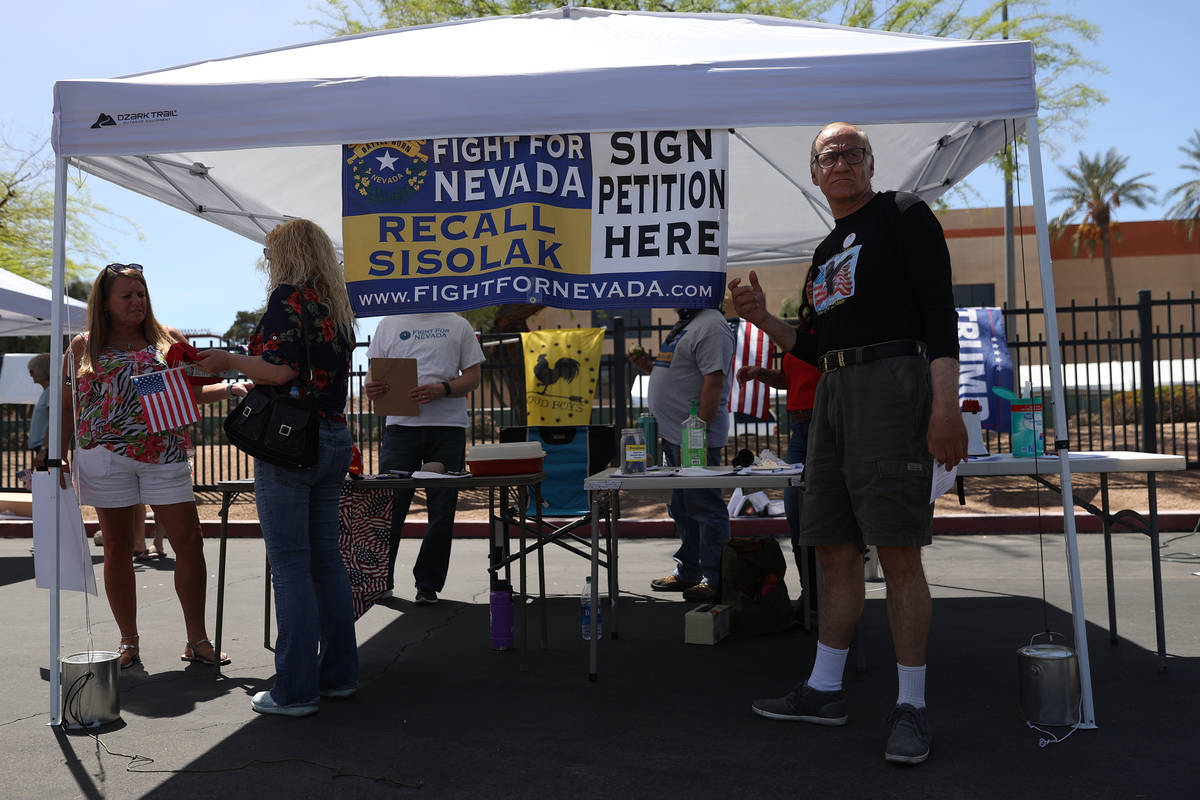 The group trying to oust Gov. Steve Sisolak from his post came up well short of the support needed to trigger a recall election.

Fight For Nevada filed the recall petition on Feb. 14 and had 90 days to gather 243,995 signatures, or 25 percent of the Nevadans who cast a ballot in the 2018 election. The group signaled their intentions well before that, announcing their plans for the recall push back in June 2019.

But by last week’s deadline, the group had gathered just 33,105 signatures in that time frame, according to the Nevada Secretary of State’s office.

Angela Blass, president of Fight for Nevada, did not immediately respond to respond to requests for comment Wednesday evening.

The recall group sued the state this month in an attempt to force the secretary of state’s office to grant an extension of time to gather signatures, claiming that the restrictions that Sisolak put in place to combat the spread of the new coronavirus, such as the ban on gatherings of 10 or more people, made it too difficult to obtain the needed signatures.

Despite the governor’s ban on gatherings, Fight for Nevada had been helping organize protests in Carson City and other cities across the state in recent weeks to gather signatures and also rail against the governor’s shutdown orders.

But the federal judge presiding in the lawsuit did not buy their argument, and noted in his ruling to deny the motion that the group had gathered just 15,892 signatures before Sisolak issued the stay-at-home order on April 1.

“That the Plaintiff was already so far from its goal by March 30, 2020, gives less credence to the argument that the emergency directives, as opposed to other reasons, such as a lack of diligence, prevented Plaintiff from acquiring the requisite signature,” Judge Richard Boulware wrote in his decision.

2
I-15 northbound reopened near Mesquite after pedestrian killed