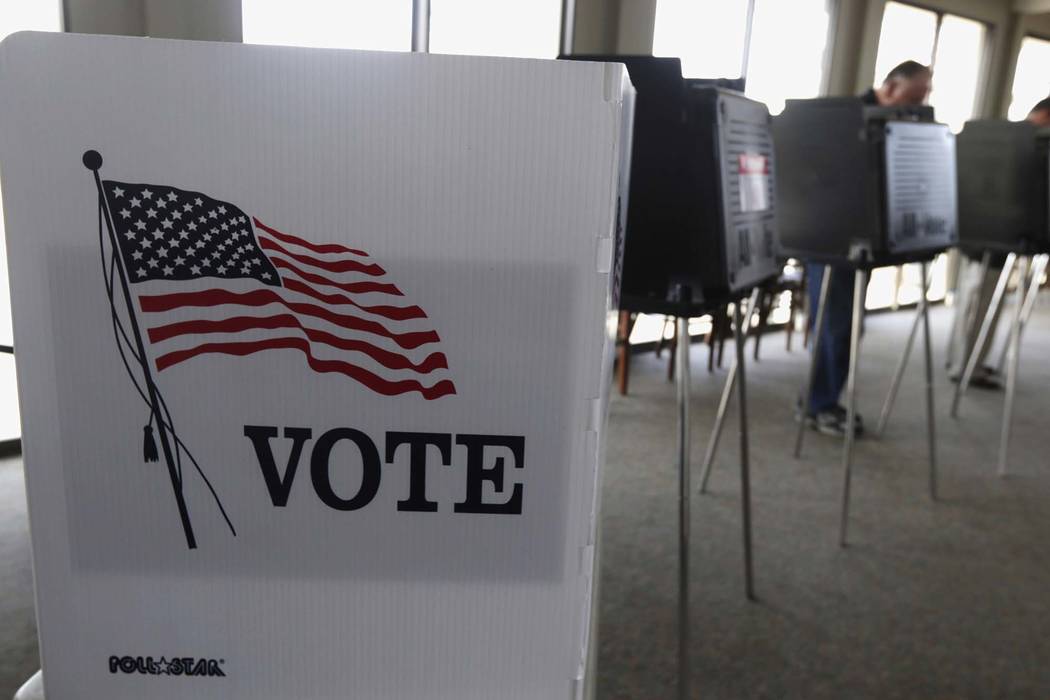 With the voter registration deadline looming, a new organization is encouraging Nevada’s felons to push past misinformation and re-secure their right to cast a ballot.

Almost 90,000 people in Nevada, or about 4 percent of the voter-age population, are unable to vote because of state laws. But there are avenues available for felons to regain the right, advocates said Tuesday morning at a press conference outside the Regional Justice Center in downtown Las Vegas.

“You have a pathway to restoring your voting rights. That’s often the biggest misconception,” said Aaron Esparza, organizer of Las Vegas Restore Your Vote. The national campaign, an offshoot of the Campaign Legal Center, has launched in Nevada, Alabama, Alaska and Texas.

Most felons, and even some people convicted of misdemeanors, think a conviction means they have forever lost the right to vote, Esparza said. But laws vary from state to state, often based on the severity of the crime or the completion of a sentence.

Nevadans convicted of certain felonies have their right to vote restored automatically based on the successful completion of parole, said Lauren Kaufman, a lawyer with the American Civil Liberties Union. Starting in January, Nevadans convicted of certain felonies will have their voting rights restored automatically even if they are dishonorably discharged from their parole sentence.

In addition, Nevadans can apply to have their court records sealed, which can restore voting rights for certain felonies. A third, underused option involves petitioning the court.

“It’s difficult to know where to start,” said Kaufman, who helps educate people on the process.

Restore Your Vote has partnered with a few local agencies to spread the word and educate those who might have been supplied with bad information. The ACLU of Nevada teaches a community class on civil rights restoration, which includes information about restoring the right to vote, serve on a jury and run for public office.

The Foundation for an Independent Tomorrow, a 22-year-old Las Vegas nonprofit that focused on helping people return to the workforce after a sentence, is now offering information about restoring voter rights as well.

Organizers are encouraging people to check their voting status at restoreyourvote.org.

The deadline to register for the Nov. 6 election in Nevada is Oct. 9.