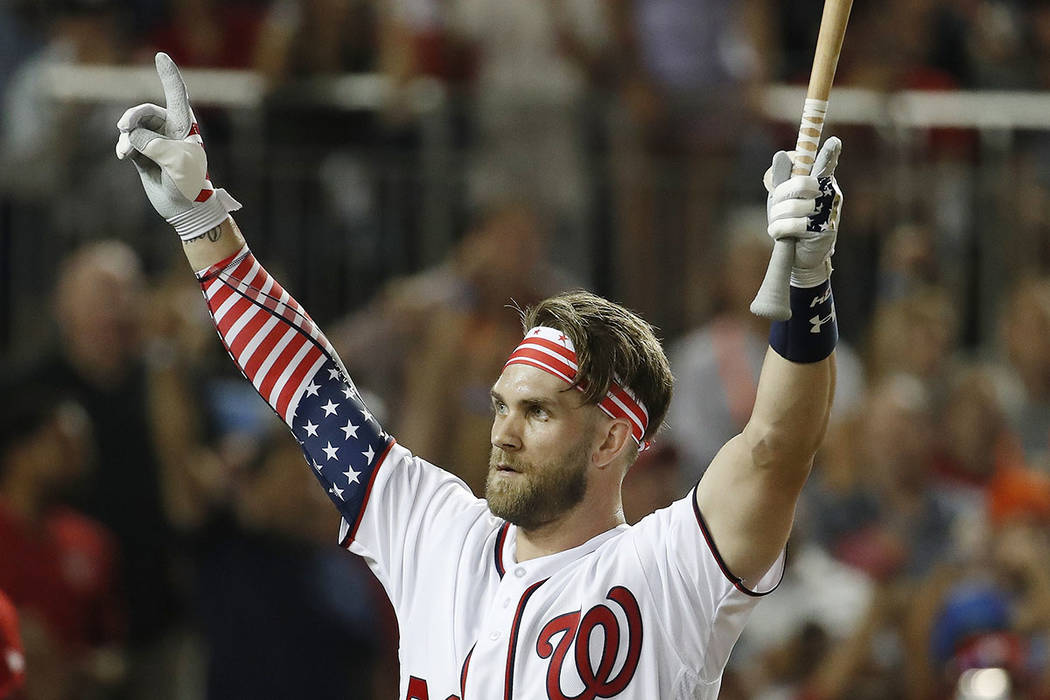 Washington Nationals Bryce Harper (34) signals to the crowd as he walks back to the dugout during the MLB Home Run Derby, at Nationals Park, Monday, July 16, 2018 in Washington. The 89th MLB baseball All-Star Game will be played Tuesday. (AP Photo/Alex Brandon) 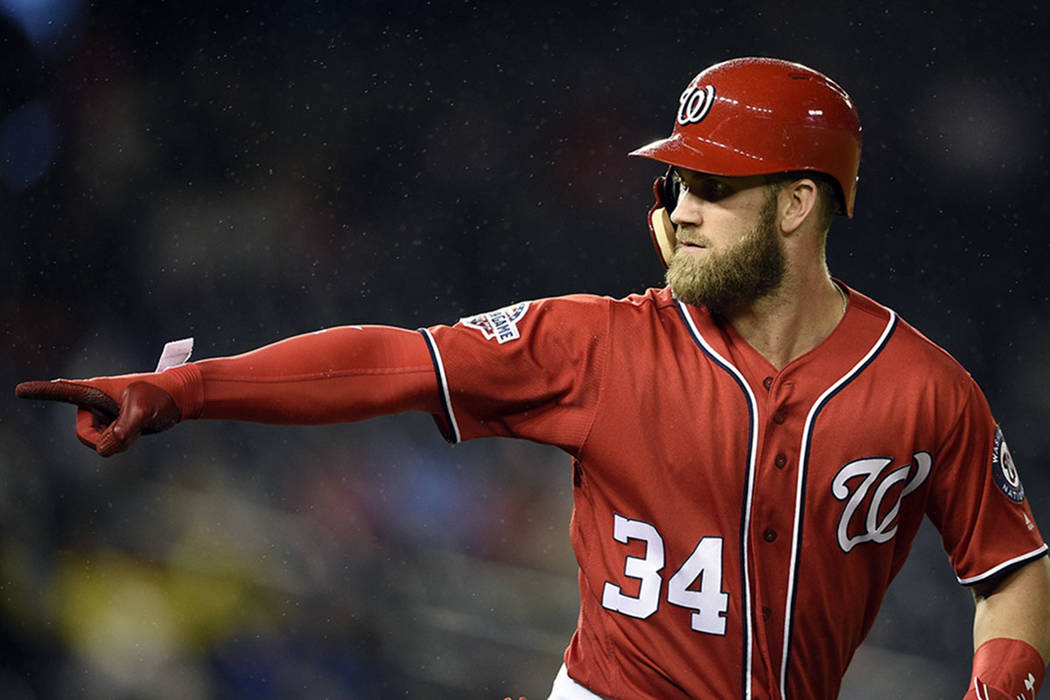 Washington Nationals' Bryce Harper pointing to the dugout after he hit a home run against the Chicago Cubs in Washington in September 2018. (AP Photo/Nick Wass) 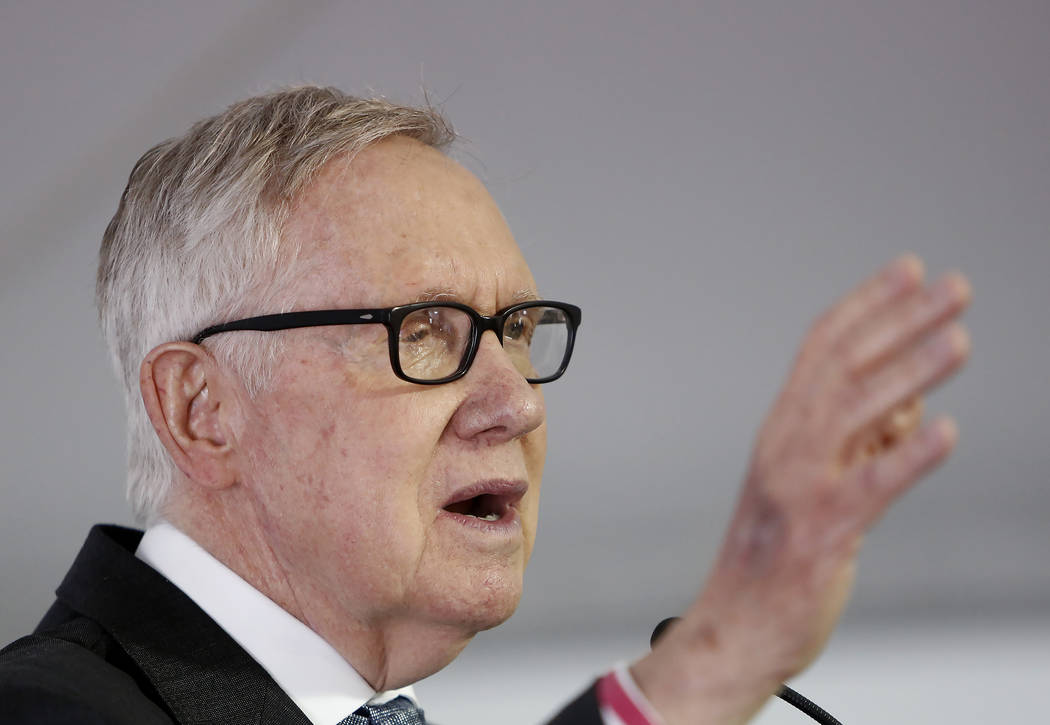 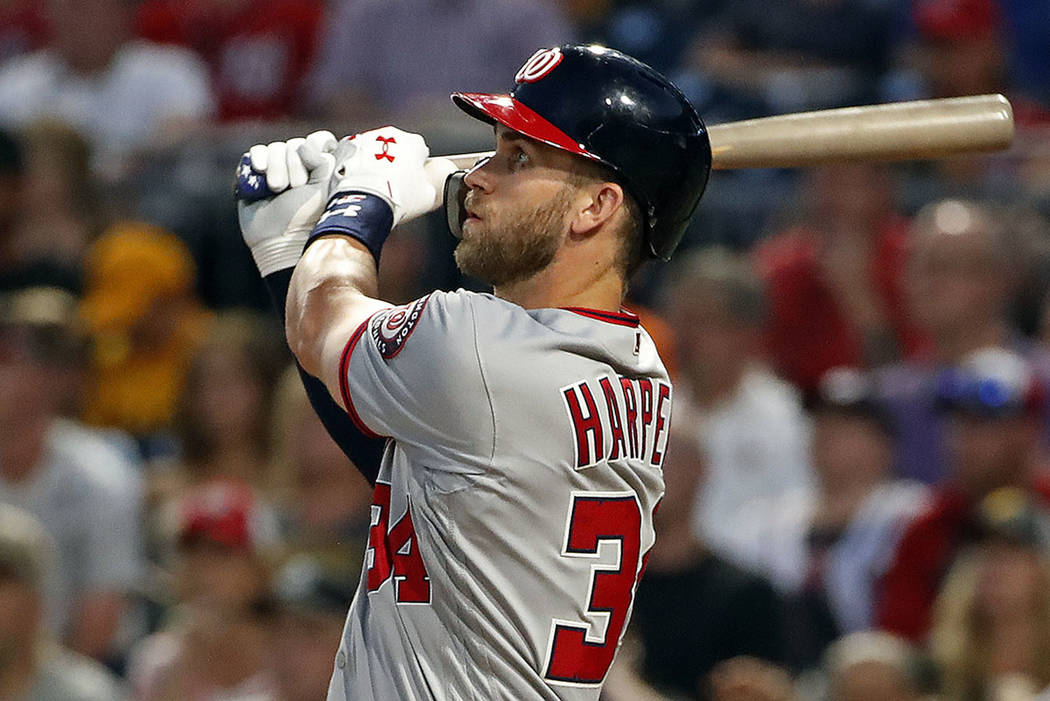 Baseball star Bryce Harper remains on the free agent market, but the outfielder has one fan hoping he returns to the Washington Nationals where the Las Vegas slugger has played since he was drafted with a No. 1 pick in 2010.

Former Nevada Sen. Harry Reid told the Review-Journal that he hopes Harper will return to the nation’s capital to play ball.

“He has a vicious swing,” Reid said of Harper. “Like Tiger Woods’ golf swing.”

Harper played at Las Vegas High School and the College of Southern Nevada before being selected in the draft by Washington. He was the 2012 NL Rookie of the Year, tied for the most home runs and named the NL Most Valuable Player in 2015.

He won the Home Run Derby in 2018, a feat that captivated Reid.

“He’s proven to be a draw,” Reid said from his executive office at the Bellagio.

Harper turned down a 10-year, $300 million contract offer from the Nationals at the end of the season, but the club is still considered in the running for his services and could make a matching offer if another team offers more money.

Philadelphia, San Francisco and Los Angeles and other teams have showed interest in Harper.