Reid to lie in state at U.S. Capitol, leaders say 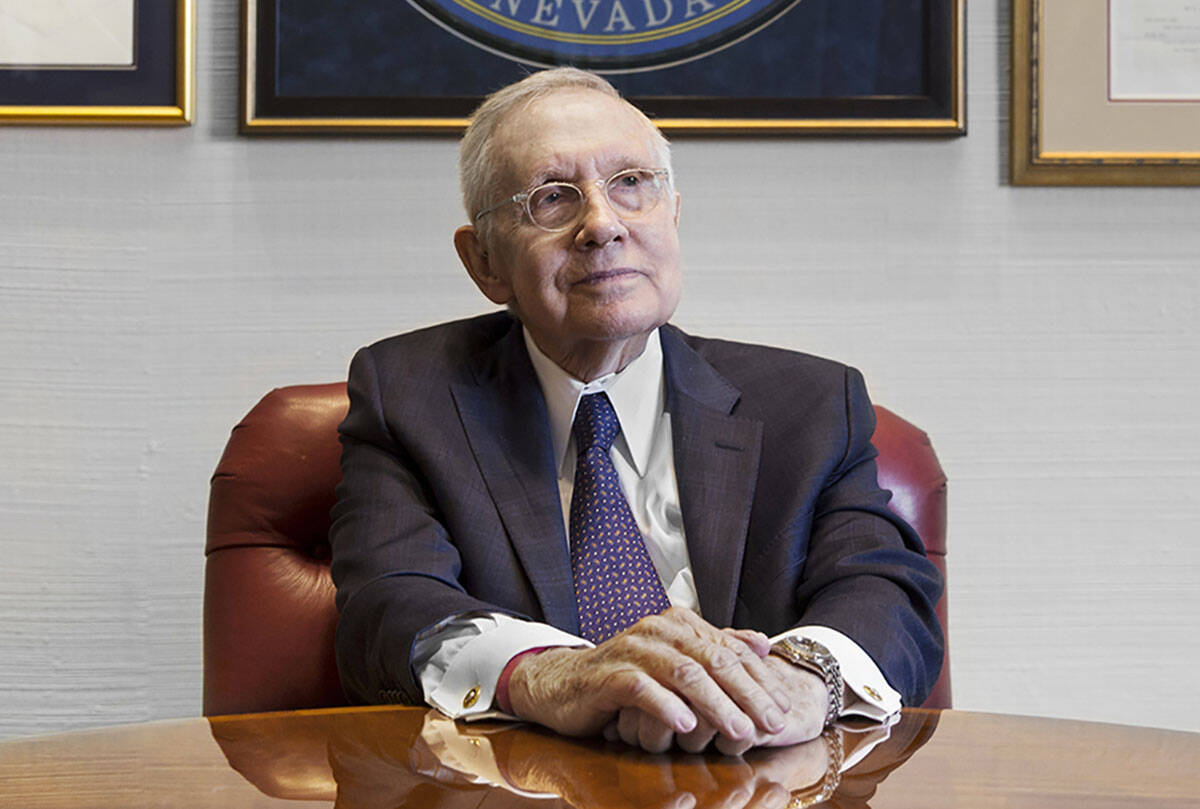 Former Sen. Harry Reid, D-Nev.,at his office in Bellagio on Friday, Feb. 8, 2019, in Las Vegas. Reid served as a Senator from 1987 to 2017, and was leader of the Democratic Caucus and Senate majority leader. (Benjamin Hager/Las Vegas Review-Journal) @BenjaminHphoto 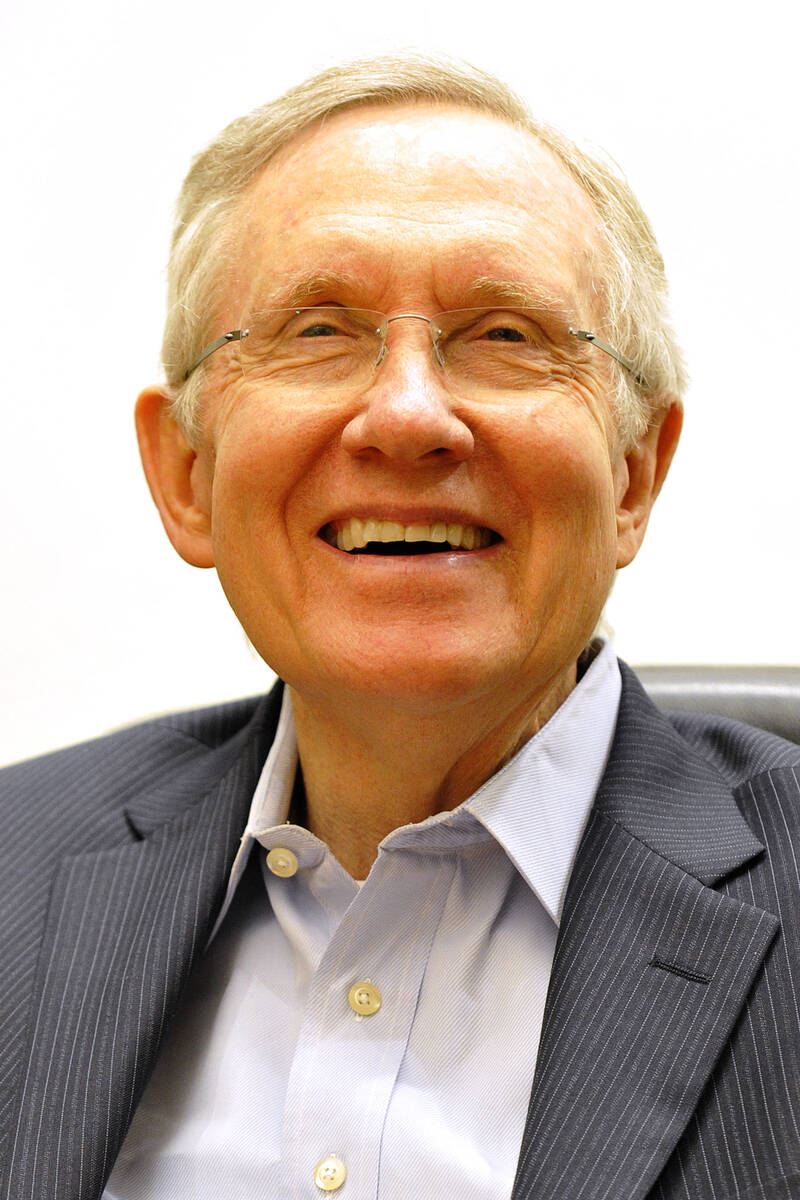 Events will include formal arrival and departure ceremonies.

Reid, 82, died Dec. 28 at his home following a four-year battle with pancreatic cancer.

A memorial service in Las Vegas at the Smith Center for the Performing Arts will be held Jan. 8 for family, friends and former colleagues.

Reid served in Congress for nearly three decades, and as Senate majority leader from 2007 to 2015. He did not seek re-election in 2016 due to injuries suffered in a home accident. He left office in 2017 and returned to Nevada, with his wife of 62 years, Landra.

In addition to the Senate, Reid served as a member of the U.S. House, as chairman of the Nevada Gaming Commission, as lieutenant governor and in the Assembly.

Pelosi and Schumer, in a joint statement, said Reid dedicated his entire life to serving the people of Nevada.

“Senator Harry Reid was a titan of public service, who for more than four decades fought relentlessly for working families like his own,” Pelosi, D-Calif., said.

Pelosi said Reid was one of the most “consequential Senate Majority Leaders in history, he forged extraordinary legislative progress: rescuing our economy during the Great Recession, protecting hardworking families with Wall Street reforms and moving our nation closer to our goal of universal health coverage.”

“It is my solemn honor as House Speaker to pay tribute to a legendary leader, a great American and my dear friend, Senator Harry Reid,” Pelosi said.

Said Senate Majority Leader Chuck Schumer, D-N.Y.: “Harry Reid will be remembered as a great American, father, husband, Senate leader and one of history’s most devoted fighters for the people of Nevada and the poor and middle class throughout the country.

“He was tough-as-nails strong, but caring and compassionate, and always went out of his way quietly to help people who needed help,” Schumer said. “Harry never forgot where he came from, and I will miss my dear friend and mentor greatly.”

Lying in state in the Capitol Rotunda is an honor for the nation’s most eminent citizens. Historically it has required a concurrent resolution passed by the House and Senate, according to the Architect of the Capitol. According to a list maintained on a House of Representatives website, Reid will be the first Nevadan to be accorded the honor.

Congress is currently on a holiday recess, with the Senate returning Monday.

The most recent person to lie in state in the Rotunda was the late Sen. Robert Dole, a World War II veteran, former Senate majority leader and GOP presidential nominee, who died Dec 5.

For those lying in state, the casket rests on the catafalque constructed for the coffin of Abraham Lincoln. Most services since Lincoln’s death in 1865 have used that catafalque, according to the Architect of the Capitol.

President Joe Biden and former President Barack Obama paid their tributes to Reid last week in statements of his dedication to lift up people and fight for principled causes.

Obama said Reid helped convince him to run for president in 2008. Reid is also responsible for the passage of Obama’s signature achievement, the Affordable Care Act, in the Senate.

In a presidential proclamation, Biden called Reid “a man of action, and a man of his word — guided by faith, loyalty, and unshakeable resolve.”

Due to the COVID-19 pandemic, the ceremony will be limited to invited guests only. Additional details will be announced at a later date.