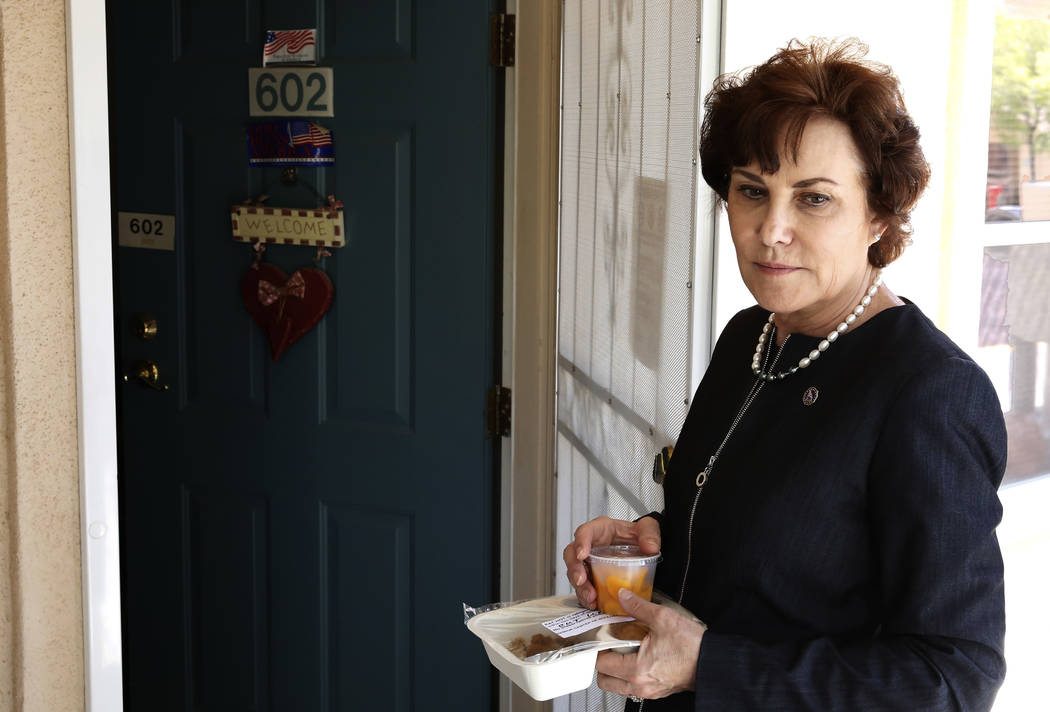 U.S. Rep. Jacky Rosen, D-Nev, stands outside of a house as she prepares to deliver meal to a seniors citizen on Thursday, Aug. 16, 2018, in Boulder City. Bizuayehu Tesfaye/Las Vegas Review-Journal @bizutesfaye 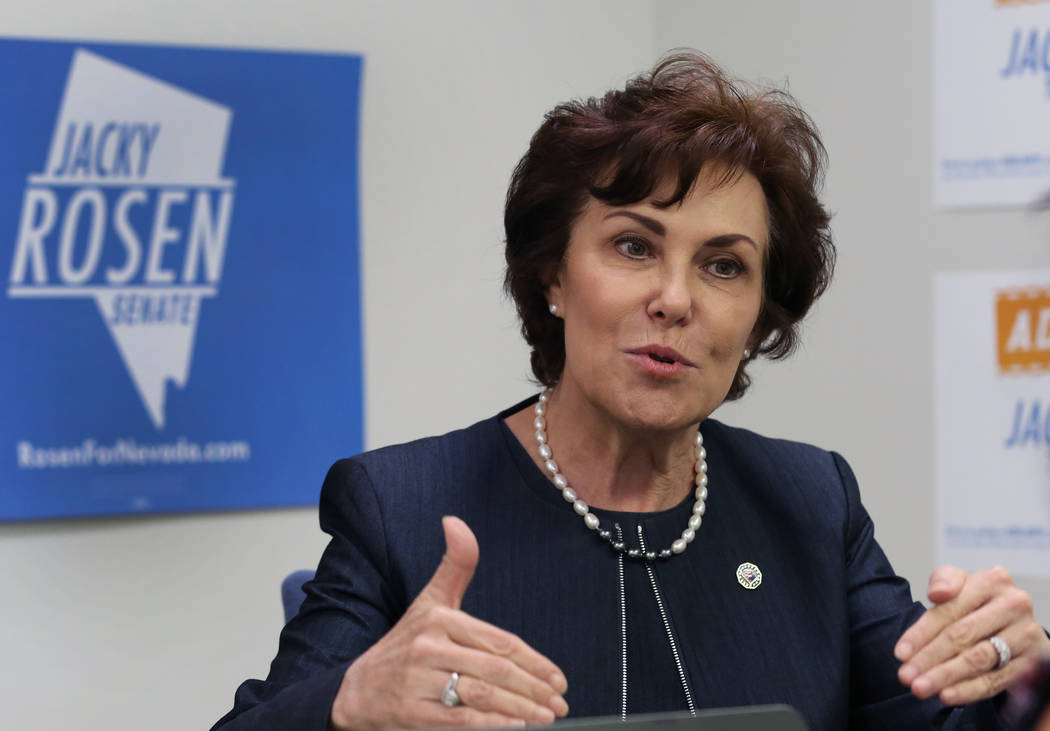 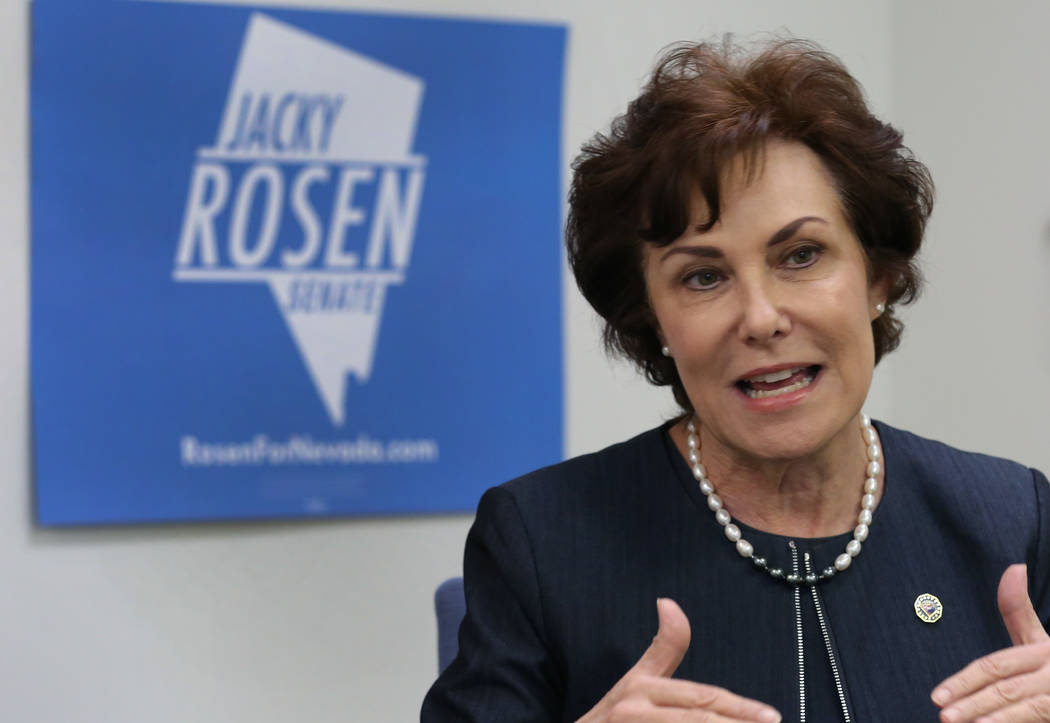 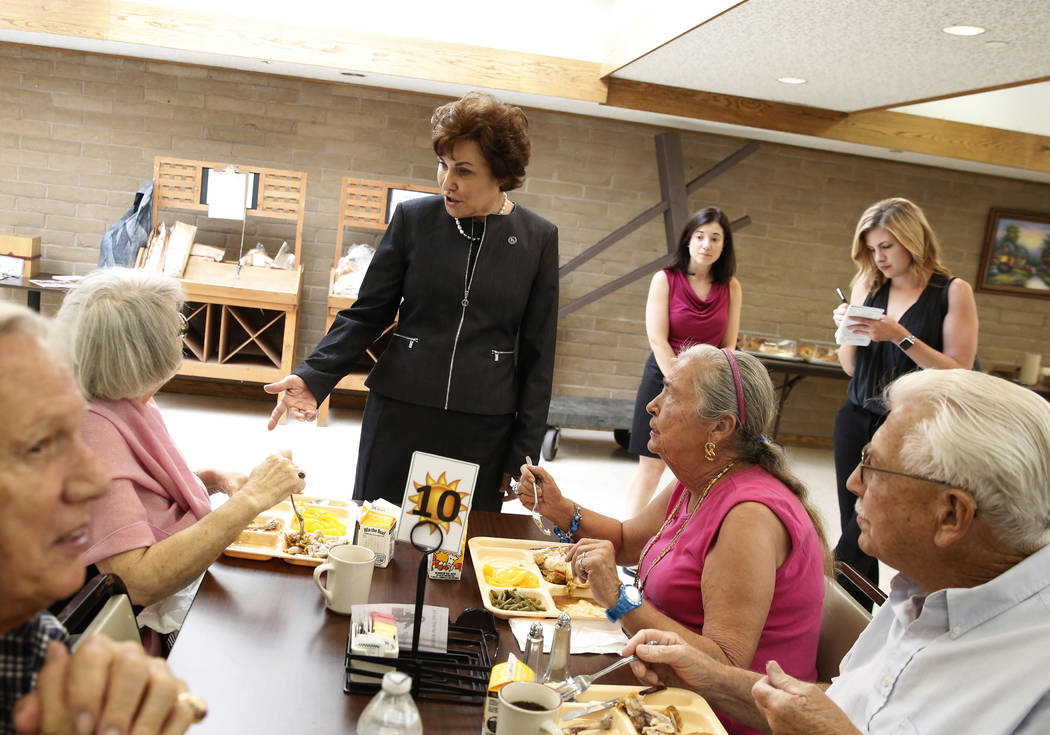 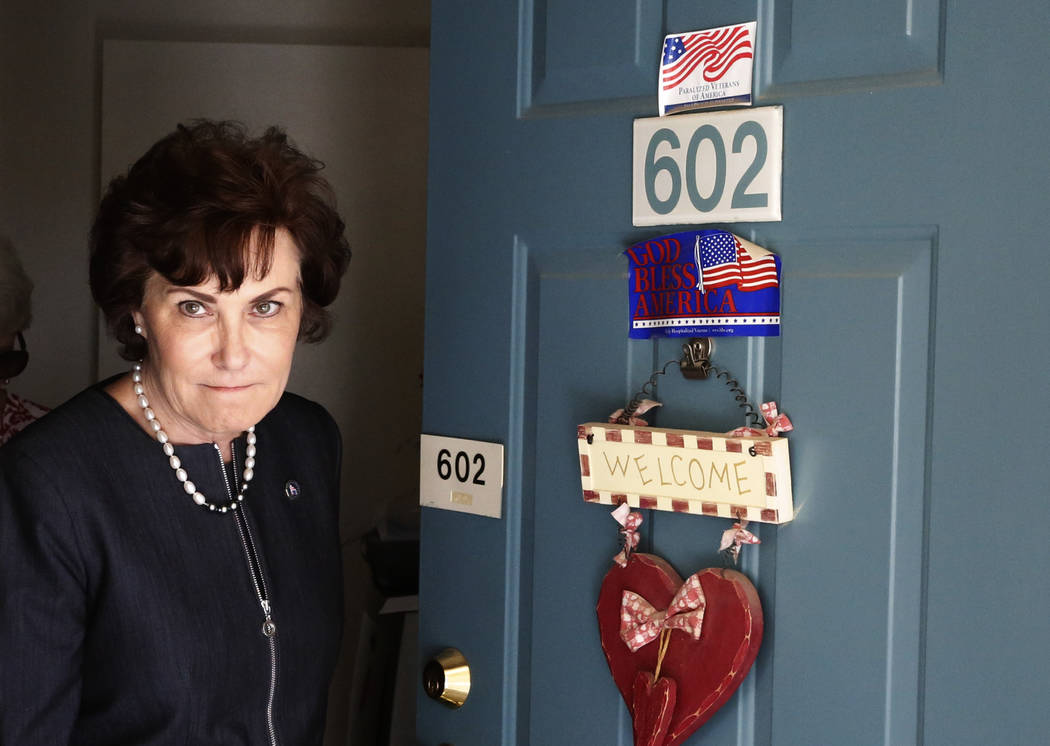 At a crucial time for the Democratic Party, U.S. Rep. Jacky Rosen is taking the biggest political risk of her career.

The freshman congresswoman is giving up her House seat to challenge Republican Sen. Dean Heller. If the gamble pays off, Rosen becomes a key player in helping Democrats take back the Senate. But if she loses, Rosen goes home and Republican Danny Tarkanian, who narrowly lost to Rosen in the 2016 race in the 3rd Congressional District, could steal it away from Democrats.

Democrats need 23 seats to regain control of the House, and they can no longer count on the incumbency advantage in the 3rd District. But Democrats need two seats to win a majority in the Senate, and the Nevada Senate seat is seen as the most likely seat to flip because Heller is the only Republican up for re-election in a state won two years ago by Hillary Clinton.

But Rosen is willing to take the risk because the country’s future hinges on victory in the Nevada Senate race, she said in an exclusive interview with the Review-Journal. The newspaper featured a similar sitdown with Heller in July.

“I want to tell you that I feel so strongly about this race and about what’s at stake,” Rosen said, “not just here in Nevada (but also) across the country, and our dignity and decency of our democracy, where we stand in the world.”

Rosen, 61, the mother of a recent college graduate, a former synagogue president and computer programmer, was recruited in 2016 by former Sen. Harry Reid, who was then still a Democratic kingmaker in Nevada, to run for Congress even though she’d never held public office.

She beat Tarkanian by a little more than 1 percentage point, flipping the seat from red to blue in what was otherwise a triumphant year for congressional Republicans around the country.

Now she is running a campaign that paints Heller as a “career politician” who can’t stand up to President Donald Trump. The focus has centered on his contradicting votes on repealing the Affordable Care Act.

“(Heller) says he is going to protect it. He goes back to Washington, a little pressure from the president and (Senate Majority Leader) Mitch McConnell, and he caves,” Rosen said. “I believe he’s more afraid of losing his seat than he is of doing the right thing for Nevada families.”

Heller defended his votes by saying the initial repeal bill would’ve eliminated Nevada’s Medicaid expansion, which was made possible by the ACA. But the so-called “skinny repeal” kept the Medicaid expansion intact. The senator continues to support replacement of Obamacare.

Rosen also said she supports Medicaid buy-in as a public option, allowing government to offer health insurance that competes with the private market.

The congresswoman took aim at one of Heller’s proudest achievements: the tax reform passed in December. While Heller has touted its success in boosting jobs, bonuses and salaries for Nevada employees, Rosen said it’s not fair or balanced and breeds uncertainty for families.

“What it does is give large, massive, permanent tax cuts to big oil, large corporations (and) corporate CEOs while leaving families unsure of the future,” she said. “Families can’t plan for the future because their tax cuts aren’t permanent.”

Immigration is a topic that hits home for Rosen. Her grandparents came to the United States from Austria and Russia on the “bottom of a ship to a place they didn’t know with a language they didn’t speak,” Rosen said.

And while Rosen agrees that U.S. borders need protection, she said Congress must to work on a legislative fix for law-abiding immigrants, including “Dreamers,” young immigrants brought to this country illegally as children “by no fault of their own.”

Last year, Rosen co-sponsored the bipartisan DREAM Act of 2017, which created a path to citizenship for Dreamers, and signed a discharge petition to force a House vote. But Rosen said the petition fell two signatures short.

Building a wall along the southern border isn’t the answer, either, she said.

“There are other things we can do (to secure our borders) with surveillance or drones or cybersecurity,” Rosen said. “So just the idea of a giant fence, I think most people have thought that it really isn’t the most effective way.”

Gun control has been another hot topic for the two Senate candidates.

Rosen said she doesn’t believe the Second Amendment should be repealed — an accusation from her critics — but said “common sense” gun safety solutions are needed.

“We don’t want another community to go through what we went through last October,” Rosen said.