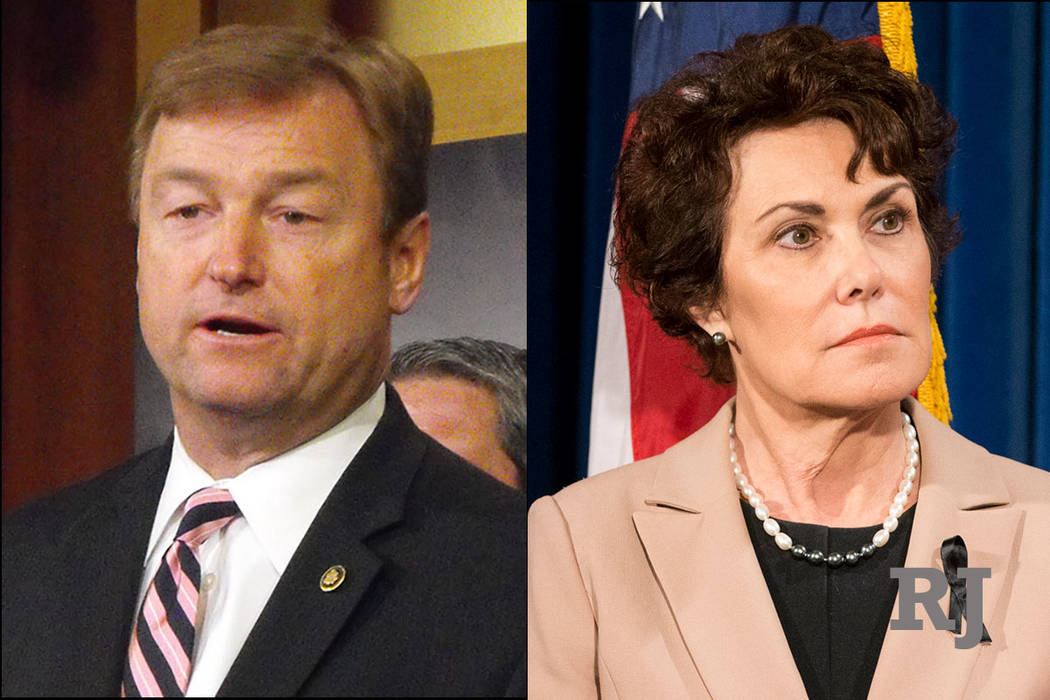 WASHINGTON — In the latest turn in the bruising Senate battle in Nevada, the state Democratic Party filed a complaint Monday with the Federal Election Commission accusing Republican Dean Heller of failing to refund 2012 contributions from a company that made illegal campaign donations.

The complaint focused on donations to Republican candidates, including Heller, from employees of the Cancer Treatment Centers of America that were later deemed illegal by the FEC.

“Sen. Heller’s attempt to flout campaign finance rules speaks volumes about his lack of respect for the office he holds and the state he represents, and the FEC should investigate these violations,” said Alana Mounce, Nevada State Democratic Party executive director.

“Our campaign cannot return money that was spent on the 2012 election six years ago,” said Keith Schipper.

Heller is seeking re-election and is expected to face Democratic Rep. Jacky Rosen in one of the most competitive races for the Senate in November.

Cancer Treatment Centers of America was found by the FEC to have violated campaign finance laws by paying bonuses to managers to cover their political contributions to candidates and Republican groups.

Bloomberg News first reported that the company was ordered to contact 35 candidates and campaign committees in August 2017 to request they turn those contributions over to the Treasury Department.

In its complaint with the FEC, the Nevada Democratic Party said Heller’s campaign never gave $27,500 in contributions from employees of the cancer centers to the Treasury.