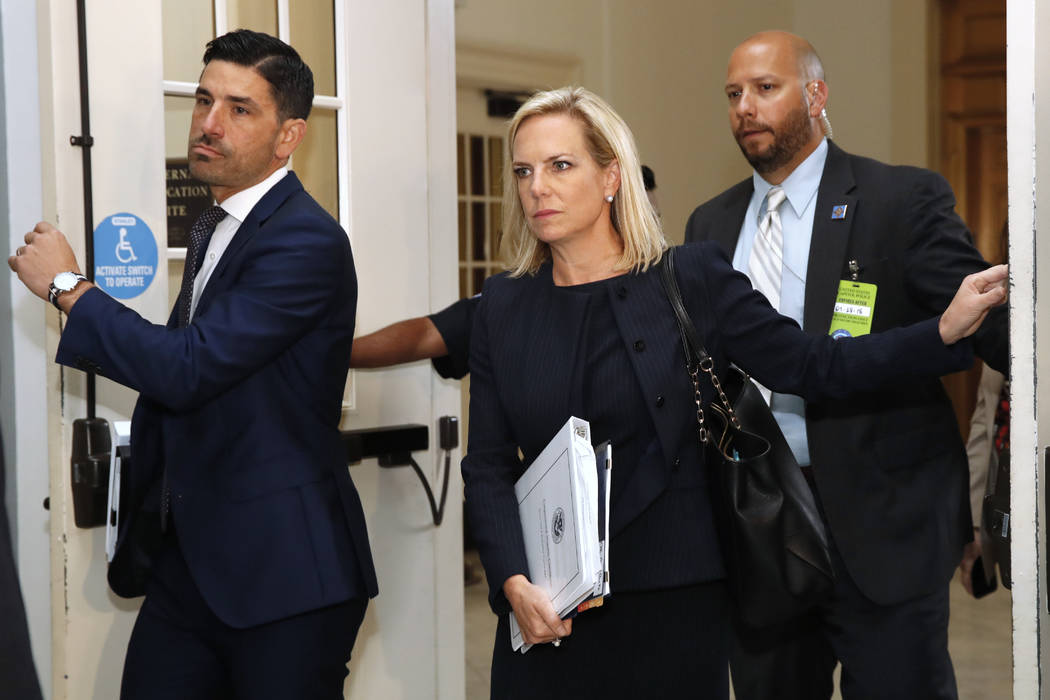 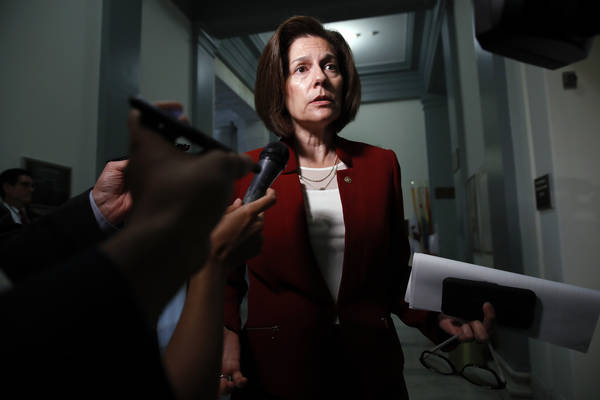 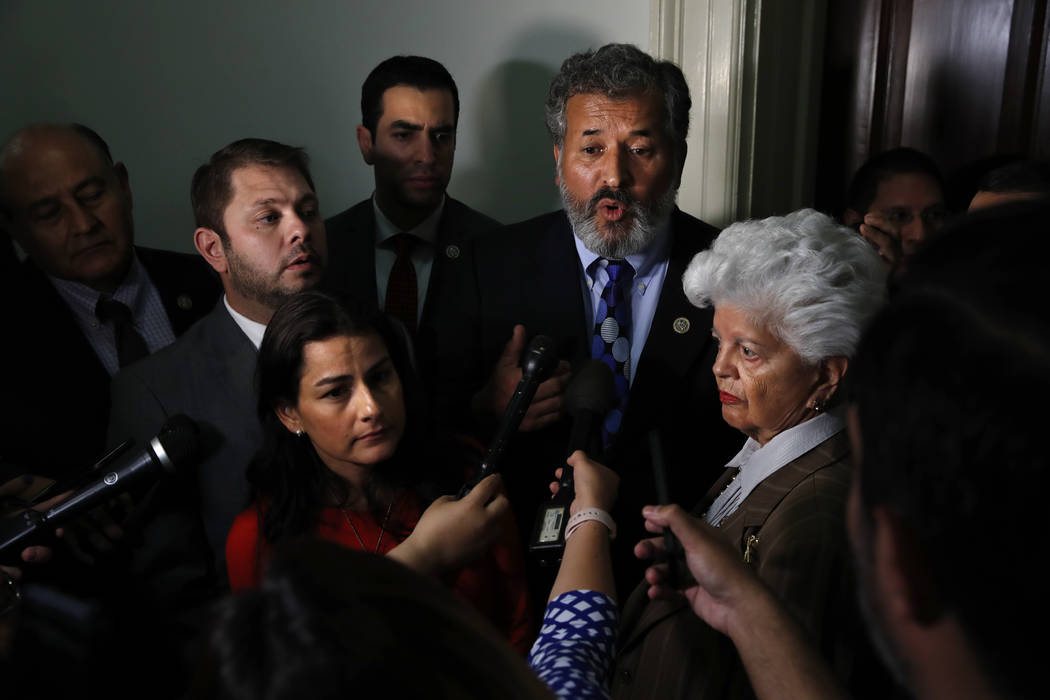 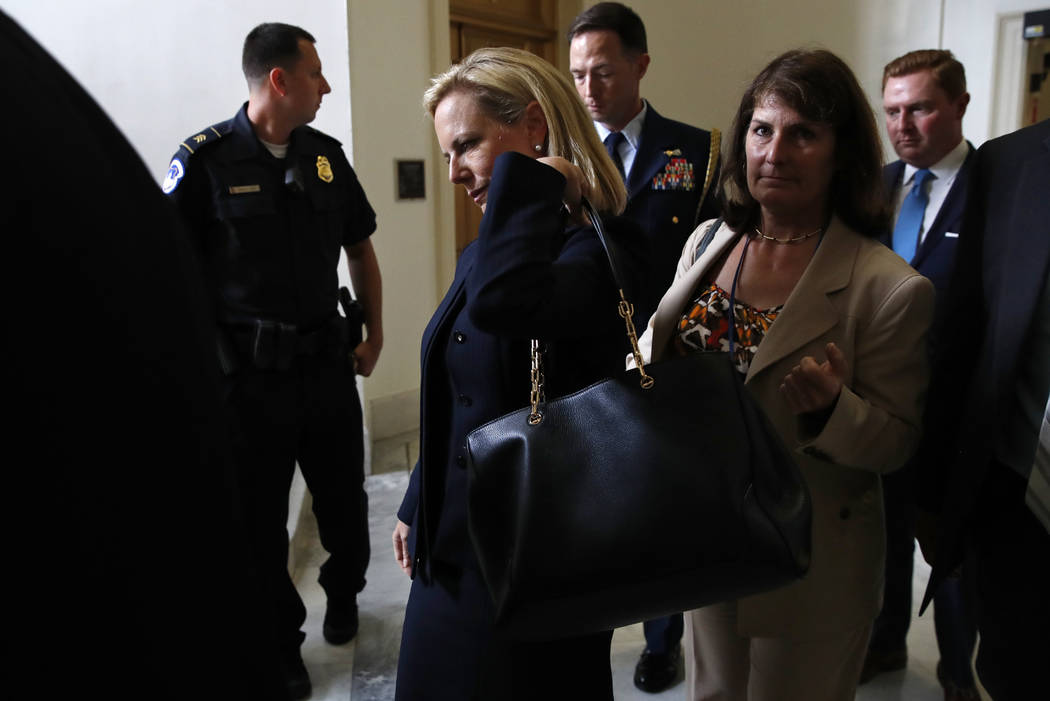 Nielsen met privately for nearly an hour with the Congressional Hispanic Caucus on Capitol Hill to discuss ongoing efforts to reunite children separated from immigrant parents at the Southwest border as officials enforced the Trump administration’s “zero tolerance” policy.

The meeting was held one day before the Department of Homeland Security must meet a federal court-ordered deadline of Thursday to reunite the children with their families.

The secretary emerged from the meeting and said she had “frank” discussions with the group of Democratic lawmakers.

“We have a moral, ethical and legal responsibility to do no harm to children, and I refuse to stand by while families are being held in inhumane, inhospitable conditions along our southern border,” Sen. Catherine Cortez Masto, D-Nev., told reporters after leaving the meeting.

Cortez Masto said she told Nielsen that DHS needs a plan to bring more than 400 parents already deported back to the United States to be reunited with their children.

The Nevada senator, who toured detention facilities in South Texas in June, said Nielsen did not directly answer questions by lawmakers and used “alternative facts” to justify the Trump administration’s lack of transparency.

A federal district judge in California has given DHS a Thursday deadline to reunite children as young as 5 years old with parents who entered the country without documents. Most of the families were seeking asylum, and most were from Central American countries.

More than 2,500 children were separated at the the Southwest border by federal officials when the Trump administration began enforcing its zero-tolerance policy this year. DHS claims more than 1,100 children have been reunited with parents. The exact number still separated is unclear.

“We are working to comply with the court order,” Tyler Houlton, the DHS press secretary, told reporters after the meeting. “We are confident we are going to meet it.”

DHS is working with foreign embassies to reunite children with parents who have been deported to their home countries. Houlton said that in many of those cases the parents chose to leave without their children.

Hispanic lawmakers said Nielsen told them that her department was expecting to comply with the order — a statement that most of the House and Senate members who attended the meeting found to be incredulous.

“It surprised a lot of us,” said Rep. Joaquin Castro, D-Texas. “I think a lot of people would be surprised if they meet that deadline.”

DHS missed an earlier court-imposed deadline to reunite children under age 5 with their parents.

Lawmakers said they were given no details about how DHS would meet the deadline, and only assurances that children were unharmed and identified to be reunited.

Rep. Ruben Kihuen, D-Nev., said “what we were expecting today was solutions.” He claims that didn’t happen.

Kihuen said lawmakers didn’t get answers to questions, many posed by constituents, and not just Latino families, who are disturbed by media pictures and videos of children held in cages or jail cells on the border.

He said the practice of separating children was disturbing for everyone.

“Regardless of what party you belong to, it’s inhumane,” Kihuen said.

After withering criticism from Democrats and Republicans alike, the Trump administration reversed the zero-tolerance policy.

Heller said he has heard from over 3,500 constituents in Nevada. Some of the families split at the border were being held in Southern Nevada and seeking help.

“So their being unified with their children is a top priority,” Heller said.

Heller and other Senate Republicans are backing a bill that would allow DHS to detain families, but keep them united and confined until asylum claims can be heard by immigration judges.

Democrats have backed bills by Sen. Dianne Feinstein, D-Calif., and Rep. Jerrold Nadler, D-N.Y., that would prohibit DHS from separating families and allow asylum seekers to remain in the United States until their applications for protection are heard.

No Republican has backed the Feinstein-Nadler bills, claiming the legislation would codify the “catch and release” system that was followed before the Trump administration crackdown at the border.

“These are folks who are coming here and asking for asylum, that is not an illegal process,” Kihuen said.

About six bills have been filed to address the crisis.