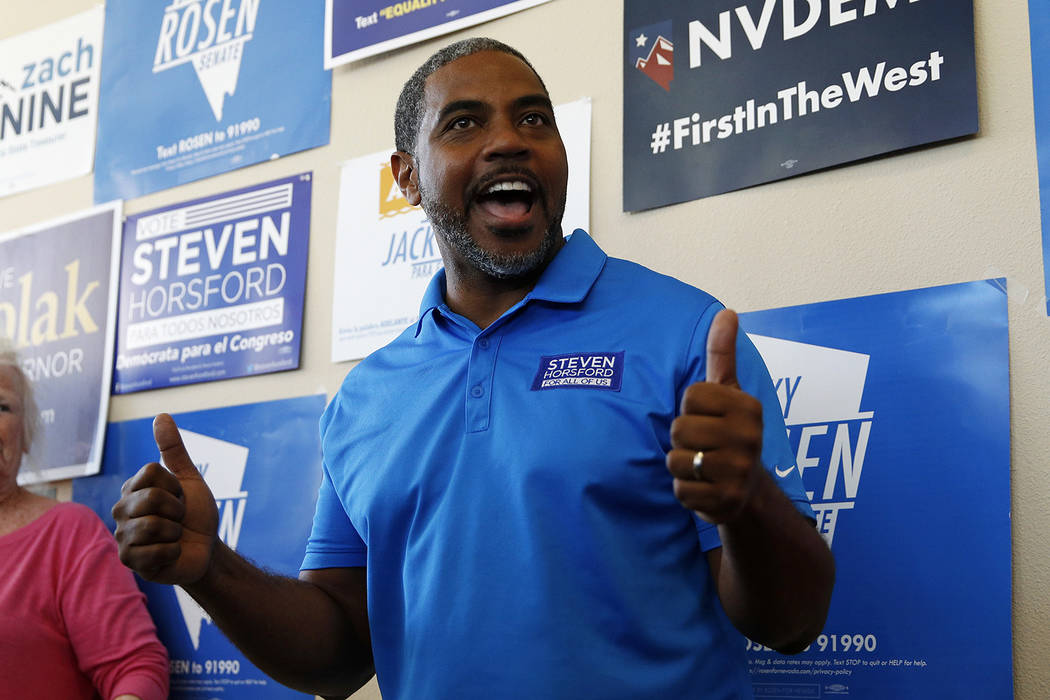 Two of its former occupants vied to reclaim it this year, with Democrat Steven Horsford defeating Republican Cresent Hardy in a rematch of their 2014 race.

“This victory tonight does not belong to me. It belongs to all of us. Because this campaign was for all of us,” he told supporters in Las Vegas. “It’s time for Congress to do its job, and represent all of us.”

With voters still standing in line to cast ballots in parts of the state nearly three hours after polls closed, early returns from eight rural counties as of 11 p.m. had Horsford leading 53 percent to 43 percent.

He beat Horsford in 2014 in a strong Republican year and held the seat for one term before losing to Democrat Ruben Kihuen two years ago. Kihuen did not seek re-election this year amid allegations of sexual harassment.

Hardy previously served in the state Assembly and on the Mesquite City Council.

Horsford, 45, won the inaugural race for the seat in 2012, losing to Hardy two years later. He earlier served in the state Senate for eight years.

After his 2014 election loss, he stayed and worked in the Washington area. He named education and access to affordable health care and education as his priorities in this year’s race, noting his 2013 heart surgery.

Horsford outraised and outspent Hardy by more than 2-to-1 in the race, which saw the candidates spend about $2.2 million combined.

Though its area is mostly rural, 80 percent of the district’s population is in Clark County. Democrats hold a nine-point enrollment edge over Republicans in the district, 41-32 percent, with independents and minor parties constituting the rest.