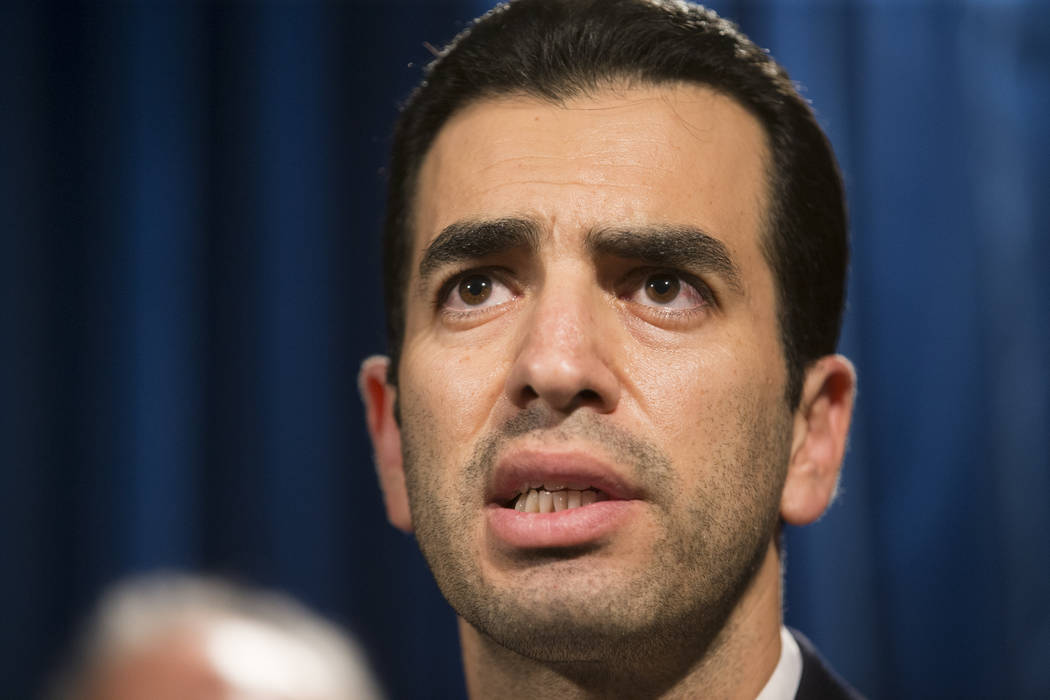 WASHINGTON — The House Ethics Committee has named an investigative panel to determine whether Democratic Rep. Ruben Kihuen of Nevada engaged in conduct that constitutes sexual harassment.

The Ethics Committee announced in December that it would form a panel to investigate allegations made by several women that Kihuen inappropriately touched them, or made unwanted and untoward comments and advances.

Kihuen denied “the allegations in question” and said he was looking forward to working with the panel and “clearing my name.”

The investigative subcommittee will include two women and two men.

Allegations against the freshman Nevada lawmaker were first published in BuzzFeed. A former campaign finance aide claimed Kihuen inappropriately touched her and created a climate that forced her to quit.

A Nevada lobbyist later told the Nevada Independent that Kihuen behaved inappropriately with her when he served as a state senator from Las Vegas in Carson City.

Kihuen announced in December that he would not seek re-election in the 4th Congressional District, which represents North Las Vegas, Mesquite and Pahrump.

The Nevada lawmaker is one of several congressional members who have stepped down, retired, or announced they will not seek re-election over sexual harassment and misconduct allegations.

Sen. Al Franken, D-Minn., resigned, and the longest-serving member of the House, Rep. John Conyers, D-Mich., stepped down after allegations were leveled against them last year.