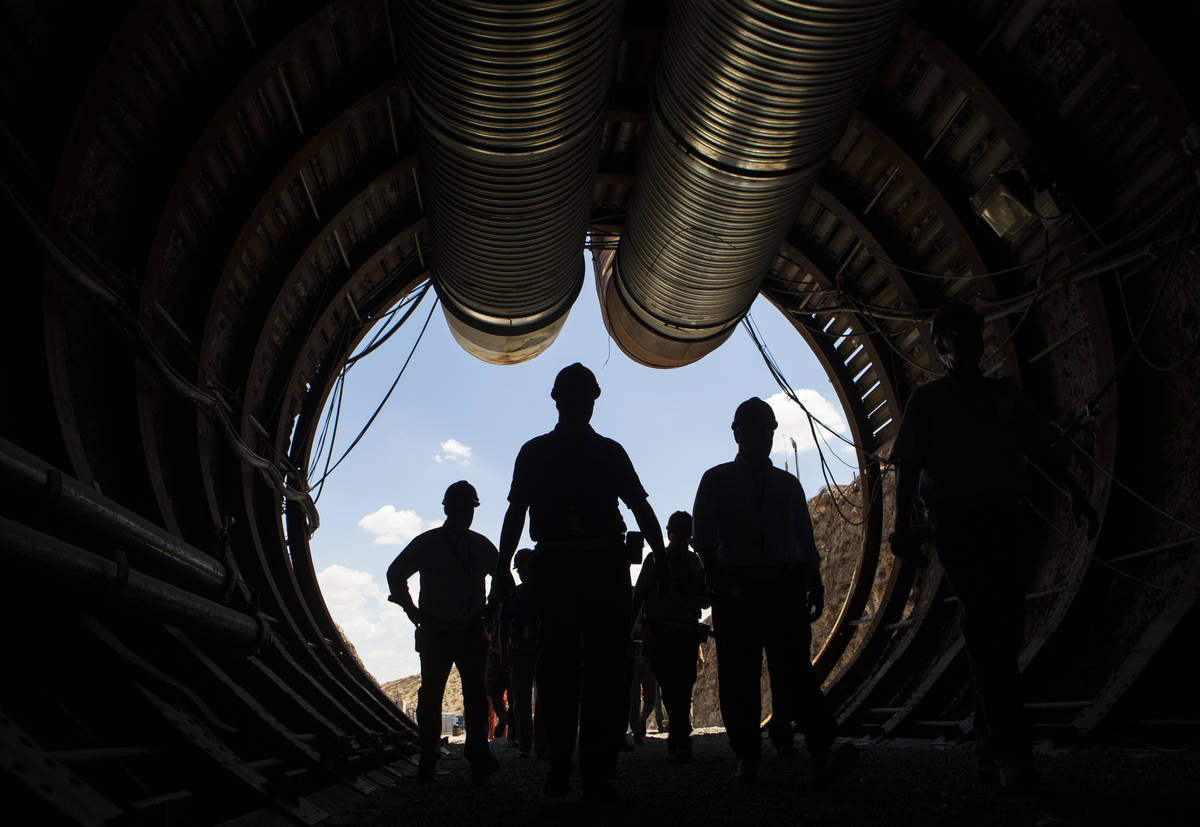 Members of a congressional tour make their way through the south portal of Yucca Mountain in 2018. (Las Vegas Review-Journal)

The U.S. House of Representatives took an initial step on Monday toward not funding the proposed nuclear repository at Yucca Mountain for fiscal year 2022, following a decade-long trend supported by Democrats and many Nevadans.

Rep. Susie Lee, D-Nev., told the Review-Journal the House Appropriations Subcommittee on Energy and Water Development and Related Agencies, which she sits on, passed a funding bill that does not include reviving the Yucca Mountain project.

“When I was appointed to the House Appropriations Committee, I knew I needed to sit on this subcommittee to ensure that Yucca Mountain would never become the nation’s dumping ground for nuclear waste,” Lee said. “Today was a step in the right direction, and as we advance this bill to the full committee later this week and then to the House floor, I’ll continue to fight to ensure that not a dime goes to funding Yucca Mountain.”

Rep. Dina Titus, the Nevada Democrat who has opposed the project throughout six terms in Congress, also tweeted her support for the committee, saying she will “continue to work with them to advance consent-based approaches to addressing nuclear waste.”

The Biden administration also opposes the proposed repository. U.S. Energy Secretary Jennifer Granholm said during a June 10 visit to Las Vegas that her department is looking at a consent-based alternative to Yucca Mountain.

Nevada and the Department of Energy also recently settled a state complaint after the feds failed to disclose some of the contents of low-level radioactive waste shipments made from 2013-18 to the Nevada National Security Site.

Environmentalists, various state government administrations and the Western Shoshone Nation have opposed the Yucca Mountain plan since it first began to gain traction in the 1980s. President George W. Bush and Congress approved the plan in 2002, but subsequent congresses and Democratic presidential administrations have blocked it.