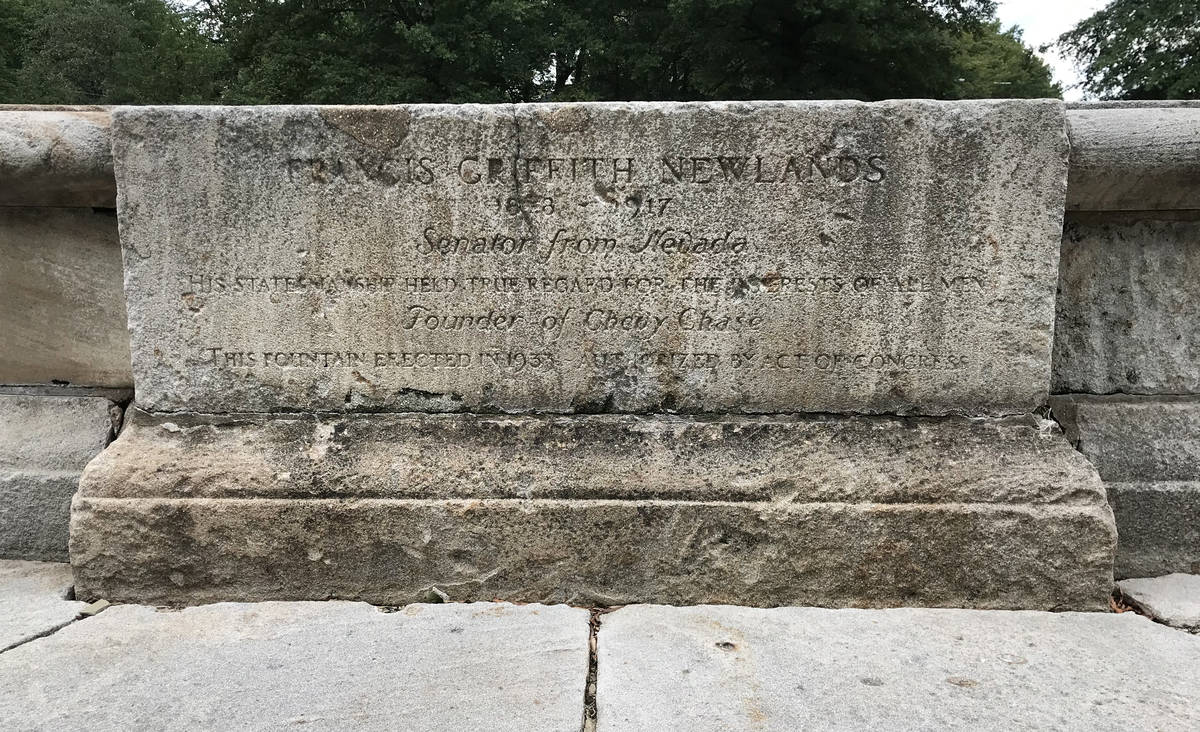 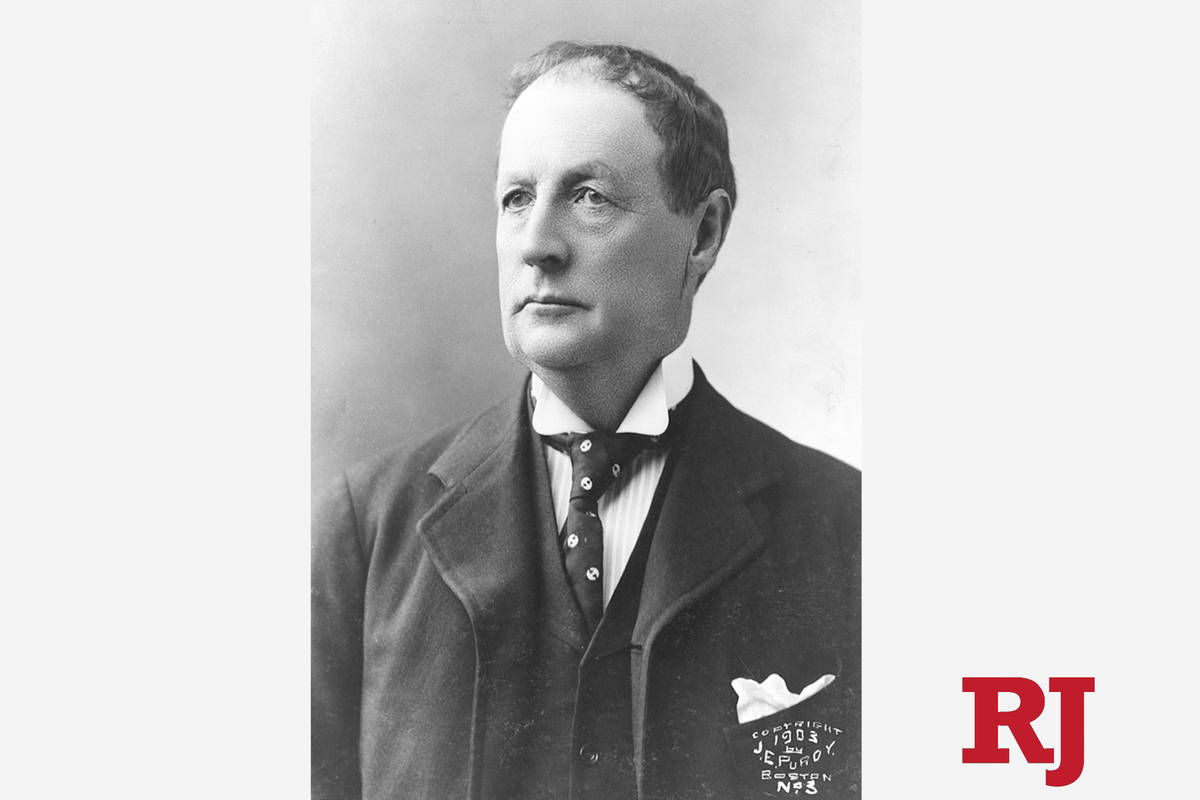 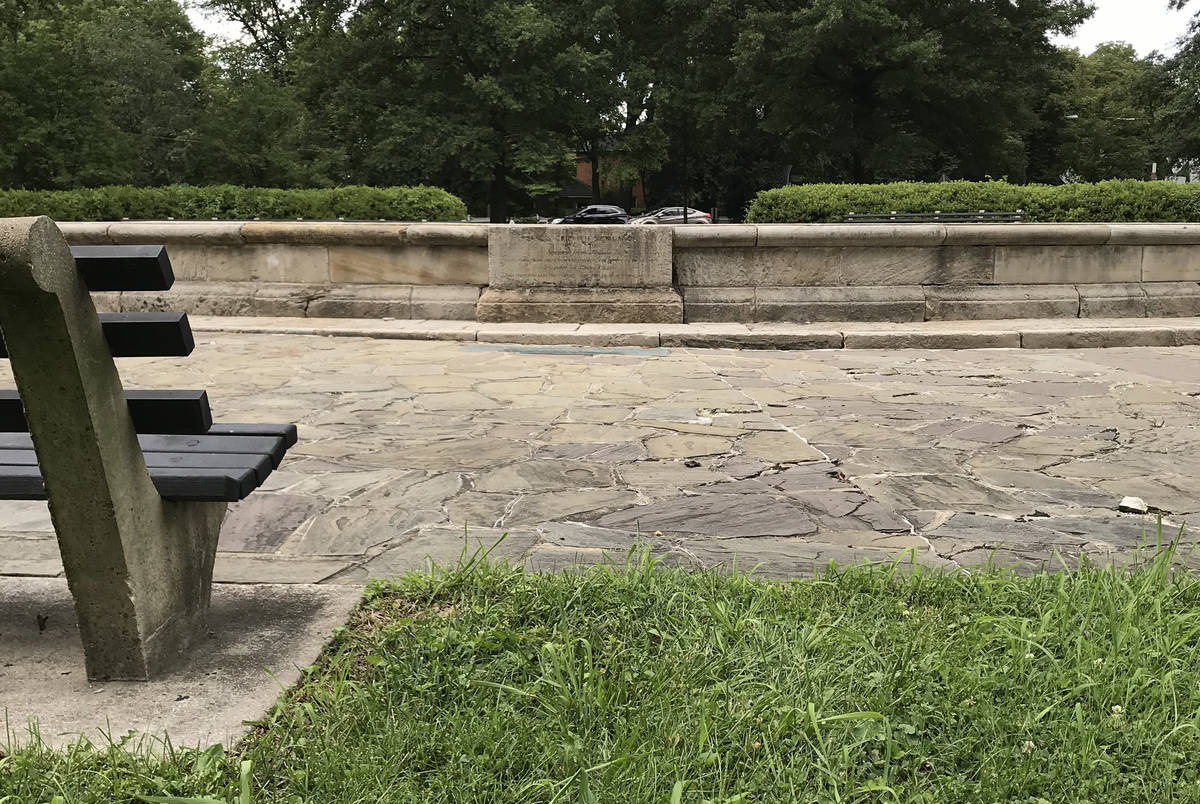 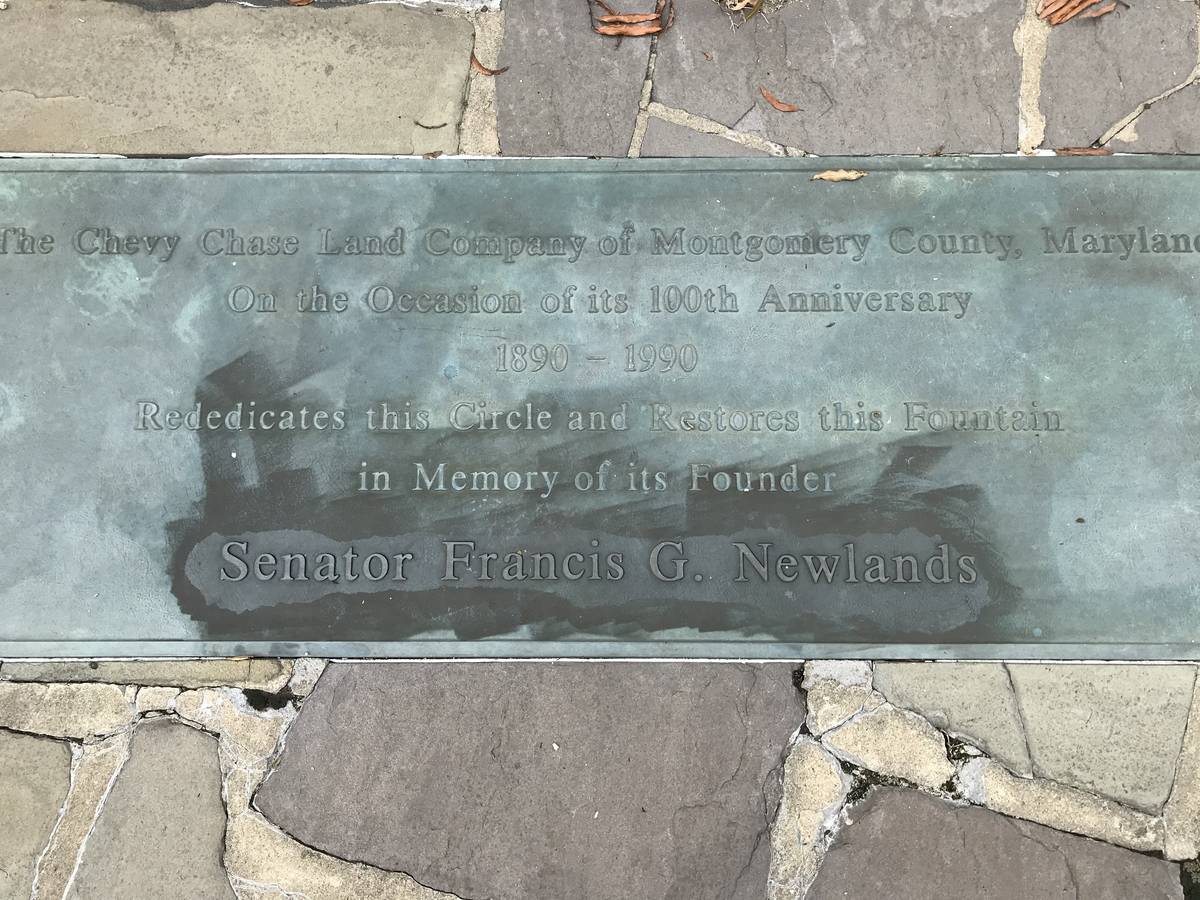 WASHINGTON — Lawmakers from the District of Columbia and Maryland are seeking the removal of a plaque honoring a former U.S. senator from Nevada who voiced ardent white supremacist views and later founded an affluent suburban enclave in the nation’s capital.

Sen. Francis Newlands, a Democrat, served in the House and Senate from 1893 to 1917, was a champion of conservation and helped establish the Bureau of Reclamation sought by Western states, according to RenoHistorical.org.

But there was a darker side.

Newlands called for abolishing voting rights for Blacks, whom he deemed to be an inferior race, and he voted against the Supreme Court nomination of Louis Brandeis, the first Jewish jurist to sit on the high court.

Newlands died in his Capitol Hill office in 1917 from a heart attack. He was 69, according to an obituary in The New York Times.

Congresswoman Eleanor Holmes Norton, D-D.C., and Rep. Jamie Raskin, D-Md., are looking at either filing a bill or seeking other measures to remove the plaque from a water fountain at a park in Chevy Chase Circle, which marks the D.C.-Maryland boundary.

“He does not deserve to have his name recognized in our city,” Norton said in an interview with the Review-Journal.

“Newlands belongs in the dustbins of history, not preserved on a traffic circle that symbolizes the unity between the nation’s capital and the state of Maryland,” Norton noted in an earlier news release about her intended actions.

Born in Mississippi, Newlands grew up in California and married the daughter of Comstock mining and banking magnate William Sharon. When Newlands’ wife died during childbirth, he managed her estate and moved to Nevada, according to RenoHistorical.org.

He later served on a national silver commission, which led to his election to the U.S. House. While in Washington, Newlands, a land developer, helped found Chevy Chase Circle, an affluent community in northwest Washington and Maryland that continues to thrive today.

Newlands’ time in Washington was also marked by his ardent argument that voting rights won by Blacks following the Civil War should be repealed, and he sought to deprive ethnic and racial minorities basic civil rights they deserved, Raskin said.

“Let’s leave Newlands’ disturbing legacy to his family and others who want to continue to honor him. But the people of Maryland and Washington can move on,” Raskin said.

“We should stop rewarding racist ideology and politics with a public memorial on public property.”

Norton told the Review-Journal that her office is trying to determine whether the National Park Service placed the plaque on the sandstone water fountain under order of Congress. In which case, a bill would be filed to remove the plaque.

If not, the plaque could be removed by other means, she said.

Rep. Dina Titus has co-sponsored Norton’s bill. “Francis Newland’s vile legacy of racism and segregation should be met with widespread condemnation,” she said in a statement. “There should be no plaque anywhere in this country that celebrates an avowed white supremacist who wanted to abolish African-Americans’ right to vote.

“Nevada played a unique role in bringing about the end of slavery by joining the Union during the Civil War. We should honor historical figures from our state who embody that ‘Battle Born’ spirit and have worked to make this nation a more perfect union. An inscription at the site reads, ‘His Statesmanship Held True Regard For The Interests Of All Men.’ Nothing could be further from the truth.”

A previous version of this had incorrect dates for dates for Newlands’ time serving in Congress.