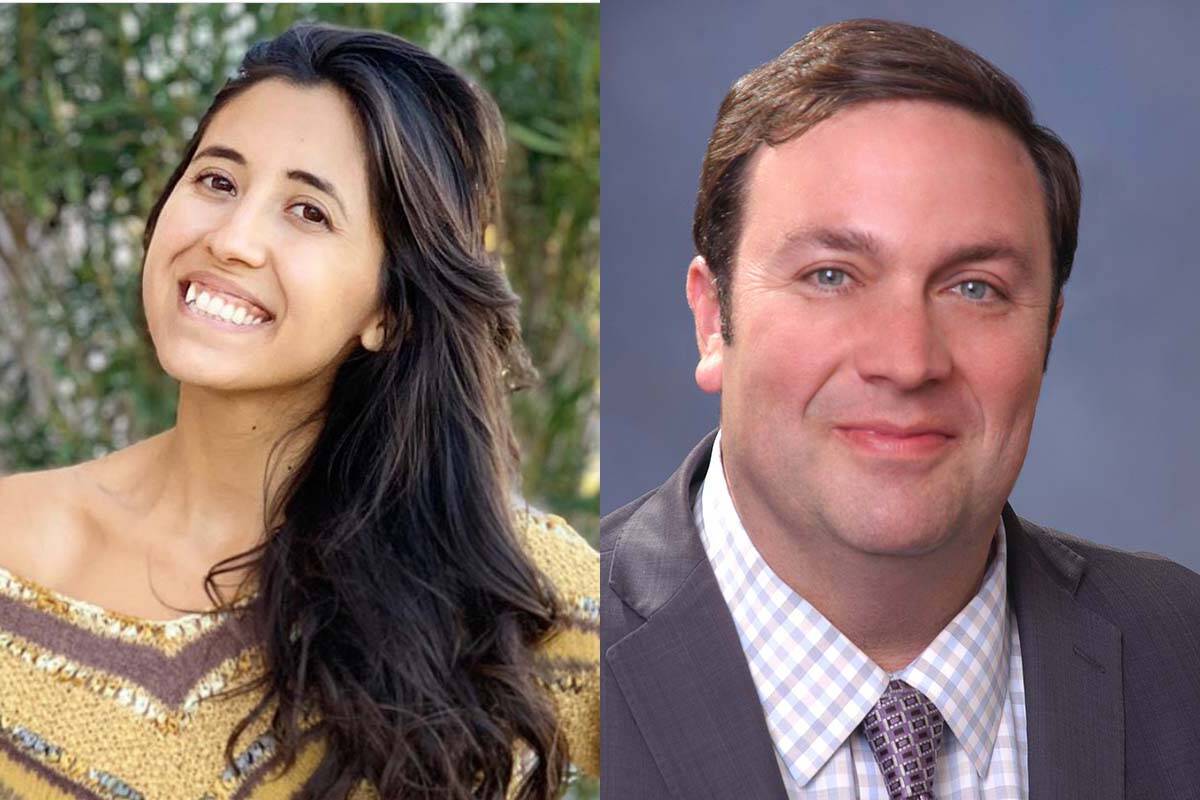 Jacqueline Alvidrez and James Ohrenschall, Democratic candidates for Senate District 21 in the 2022 primary.

A lawmaker with nearly two decades in Carson City is being challenged in the Democratic primary by a candidate who wants to see Southern Nevada residents become more sustainable without government intervention.

James Ohrenschall, first elected in 2006 to the Assembly, is competing against Jacqueline Alvidrez for State Senate District 21, which covers the east Las Vegas Valley from Sunrise Manor to Henderson. He was elected to represent the Senate seat in 2018.

Alvidrez, a New Mexico native who moved to Las Vegas in 2015, said she would like to see cryptocurrency become more popular legal tender in Nevada. She also wants to see less government regulation and hopes to work across party lines.

“I feel like there’s a lot of division across party lines,” she said. “Let’s set those aside and come together to help our community.”

Ohrenschall said, if elected, he is hoping to do more to expand insurance coverage for children with autism and potentially work on death penalty legislation.

“The Medicaid reimbursement rate for children on the spectrum is still below the national average,” he said. “It’s still hard to get registered behavioral therapists for them.”

Ohrenschall sponsored legislation in 2017 that would retroactively take people off death row and in 2019 sponsored a bill that would proactively prevent new defendants from receiving the death penalty.

Ohrenschall is a Las Vegas native and previously served as a public defender in Juvenile Court. He said he also is considering how to help the homeless in his district.

“I’d like to see coordinated effort among municipalities in Southern Nevada to try to help the homeless,” he said. “It’s the most pressing issue certainly for the district I represent.”