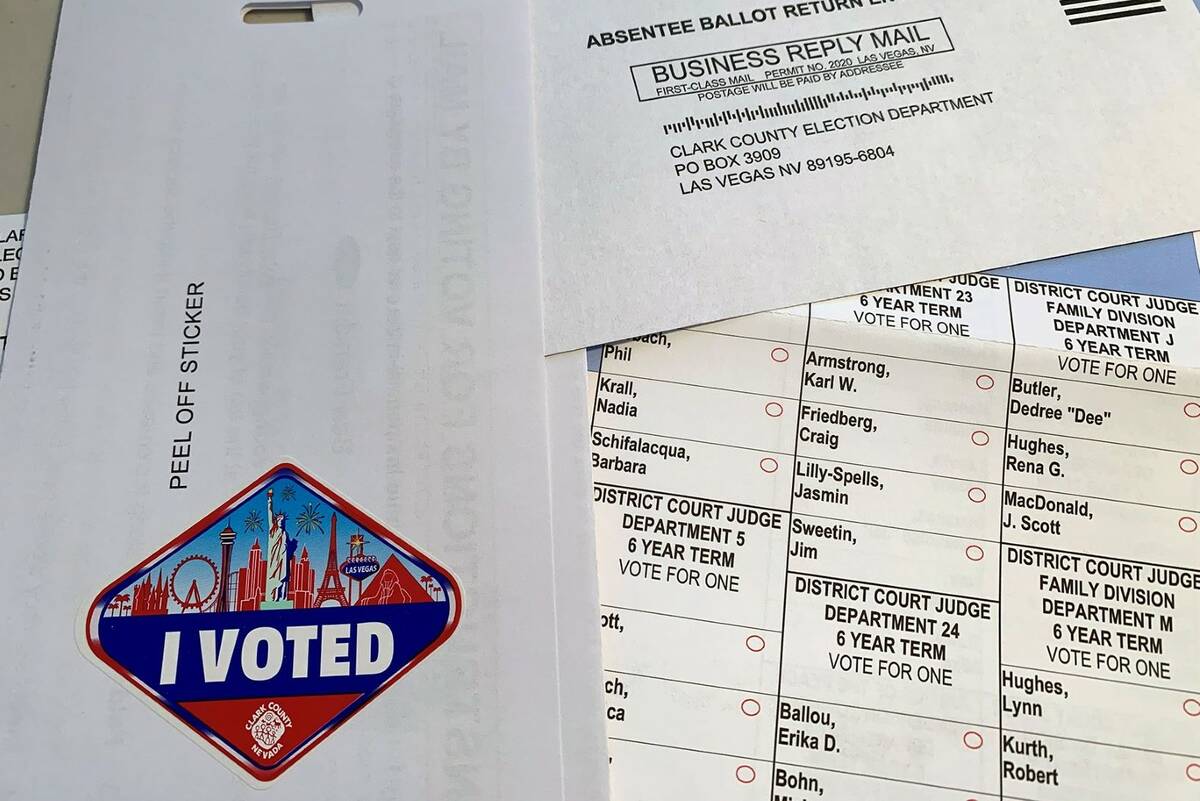 CARSON CITY — The national partisan dispute over voting security and ballot reform has opened a new front in Nevada with introduction of two new proposed ballot measures that seek to reverse voting changes enacted by legislative Democrats starting with the 2020 pandemic crisis.

One measure would ask voters to approve a state constitutional amendment to require photo ID at polling places and voter ID on mail ballots. The other is a referendum on whether to repeal sections of a 2021 law that standardized mail-in voting in the state.

Both were filed with the secretary of state Friday. The sponsor is David Gibbs of North Las Vegas, a former Clark County Republican party officer and 2018 candidate for Congress who filed them under the auspices of a political action committee he formed named “Repair the Vote.”

As statewide ballot measures, both require signatures from nearly 141,000 voters, one-quarter of the total coming from each of the state’s four congressional districts. The deadline for gathering signatures is late June.

Both measures would appear on the November ballot if they meet signature requirements and are certified. To go into effect, the voter ID constitutional amendment would have to be approved by voters twice, in successive elections this year and in 2024. It would take effect in the election of 2026.

The constitutional change, if enacted, would require that voters appearing in person to cast a ballot first show ID. Those voting by mail would have to provide information listed on their voter registration form.

As described in the official petition language, sponsors also believe the change will speed up and improve the verification process.

“Nevadans want confidence that all ballots submitted during an election are cast only by eligible voters,” the petition reads.

The vote on the referendum would have to occur only once. It proposes reversing sections of a 2021 law that made permanent balloting changes first enacted in 2020 in response to the pandemic. It seeks to eliminate provisions of the law that send a mail-in ballot to every registered voter and authorize someone other than the voter to turn in their filled-out ballot, which is known as “ballot harvesting.”

It would go into effect after approval. If it fails, however, the law could not subsequently be changed except by a direct vote of the people.

The November election could see as many as seven ballot questions go to voters. Among those proposed, one would create open primaries and ranked-choice voting in the state. Another would reform the process of redrawing legislative districts.