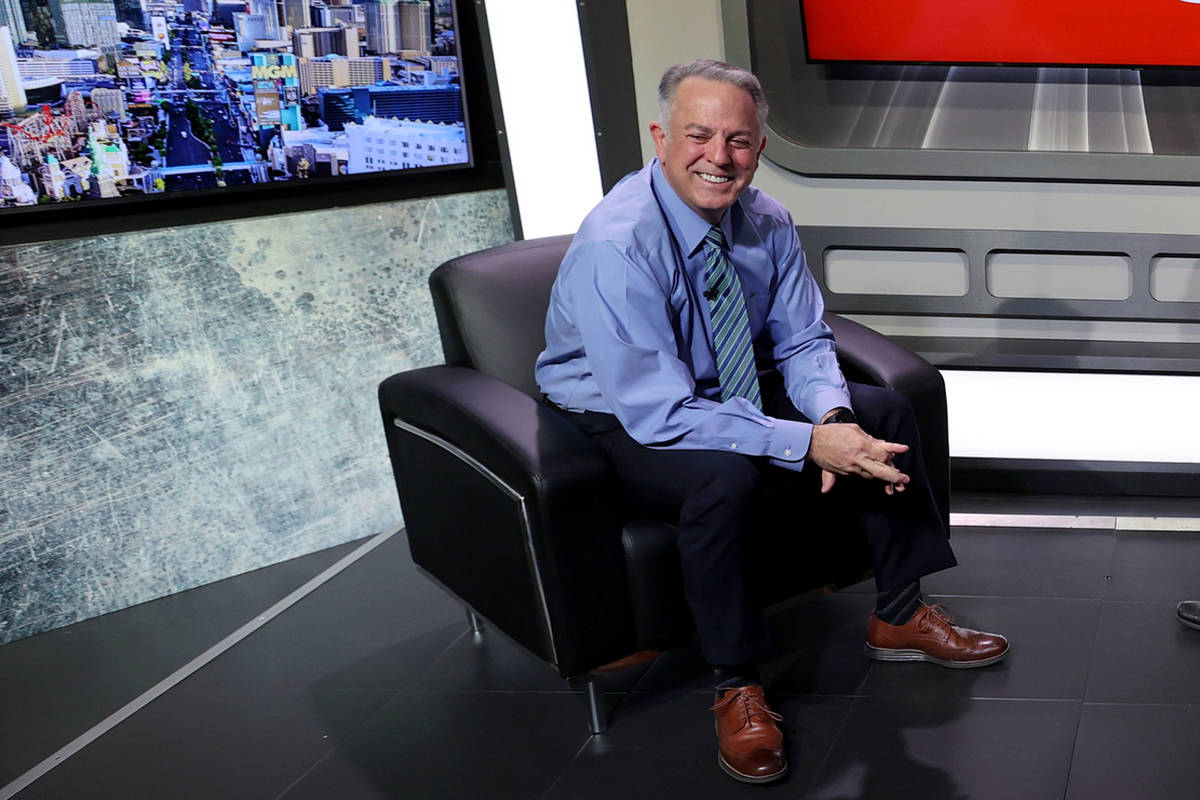 Clark County Sheriff Joe Lombardo will run for Nevada governor in 2022 as a Republican, his campaign confirmed to the Review-Journal on Monday.

A formal campaign announcement will be made in the next few weeks.

The confirmation came after Lombardo verified his candidacy in an interview with KRNV News 4 at a charity event in Reno on Monday. An attempt to reach Lombardo by phone was not successful.

Lombardo told the Review-Journal in April he was considering the bid. He joins North Las Vegas Mayor John Lee, who announced his candidacy on May 16, as the second confirmed candidate in the Republican primary field.

Both are seeking to unseat Gov. Steve Sisolak, a Democrat, who is running for re-election.

“After leading Nevada through the pandemic, Governor Sisolak is completely focused on re-opening Nevada’s economy, putting shots in arms, and bigger paychecks in workers’ pockets,” it read.

The official filing period for candidates seeking state office does not begin until March.

Rep. Mark Amodei, the lone Republican representing the whole of Northern Nevada in the state’s congressional delegation, has previously confirmed his interest in the governor’s race but not formally entered it. Amodei told zthe Associated Press on Monday he is still weighing his options.

Former Sen. Dean Heller is also rumored to be a possible candidate.

Lombardo was elected sheriff, a nonpartisan position, in 2014 and re-elected in 2018. His seat is also up for election in 2022.

The sheriff has hired longtime Nevada Republican political consultants Mike Slanker, of November Inc., and Ryan Erwin, of RedRock Strategies, to manage his campaign. Former Lt. Gov. Mark Hutchison — who also considered a bid for governor — will be campaign chairman.

Lombardo is one of few Republicans holding county office in Clark County, the state’s population center and largely a Democratic stronghold.

His candidacy brings questions for both Republicans and Democrats.

Unlike other politicians with decades of experience and voting records in partisan office likely to populate the primary, Lombardo has remained largely neutral in public on various political issues apart from criminal justice. He will have a relatively short period of campaign time to establish his positions in key policy areas such as education and immigration.

On Monday, the Democratic Governors Association, an independent national political group, also released a video criticizing Lombardo’s recent comments to news media on what was at the time a potential bid for governor.

The video states Lombardo “wants to be governor, but he can’t really tell us why he wants to be governor” and includes clips from several interviews, including one in which Lombardo declines to elaborate on how Nevada could be run better. It also includes a number of images and reports that are favorable to Sisolak and his tenure as governor.

“It seems like Joe Lombardo is eying this race to boost his resume, not to improve the lives of everyday Nevadans,” Democratic Governors Association spokeswoman Christina Amestoy said. “Nevadans need leaders they can count on to have their backs in times of crisis — not someone without a plan who simply wants the promotion.”