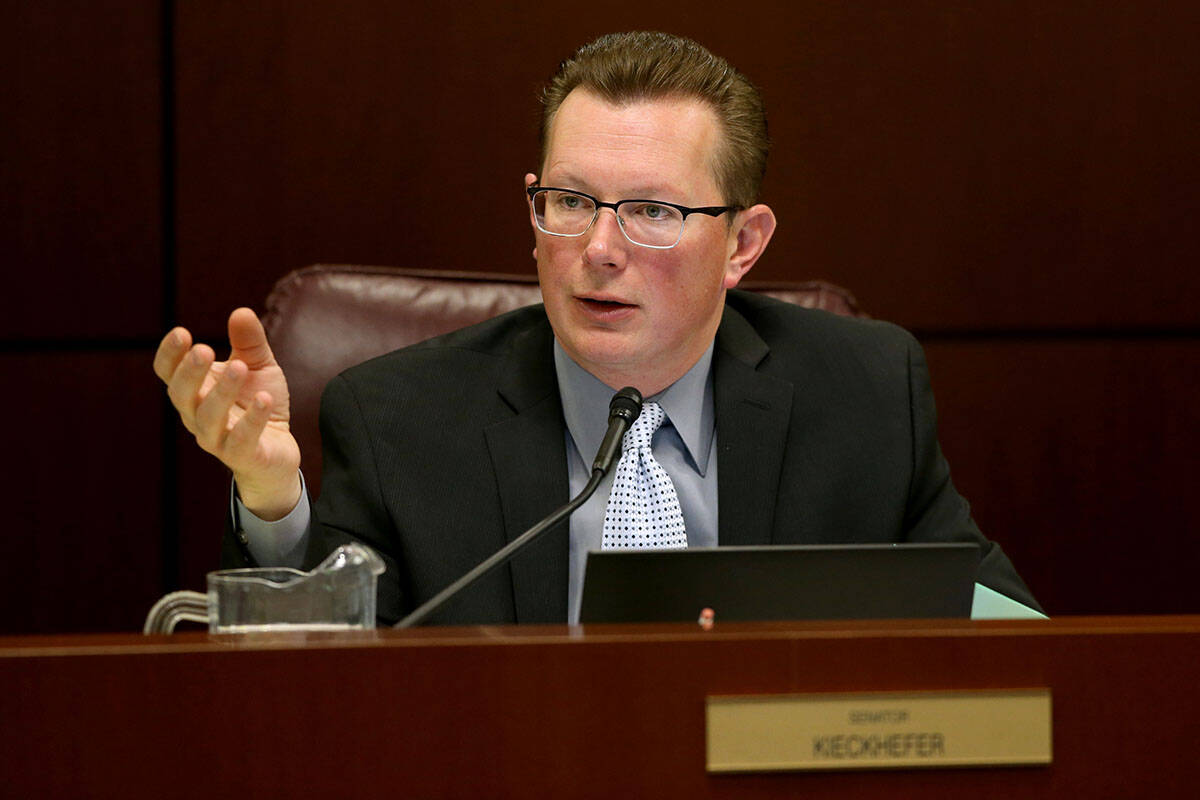 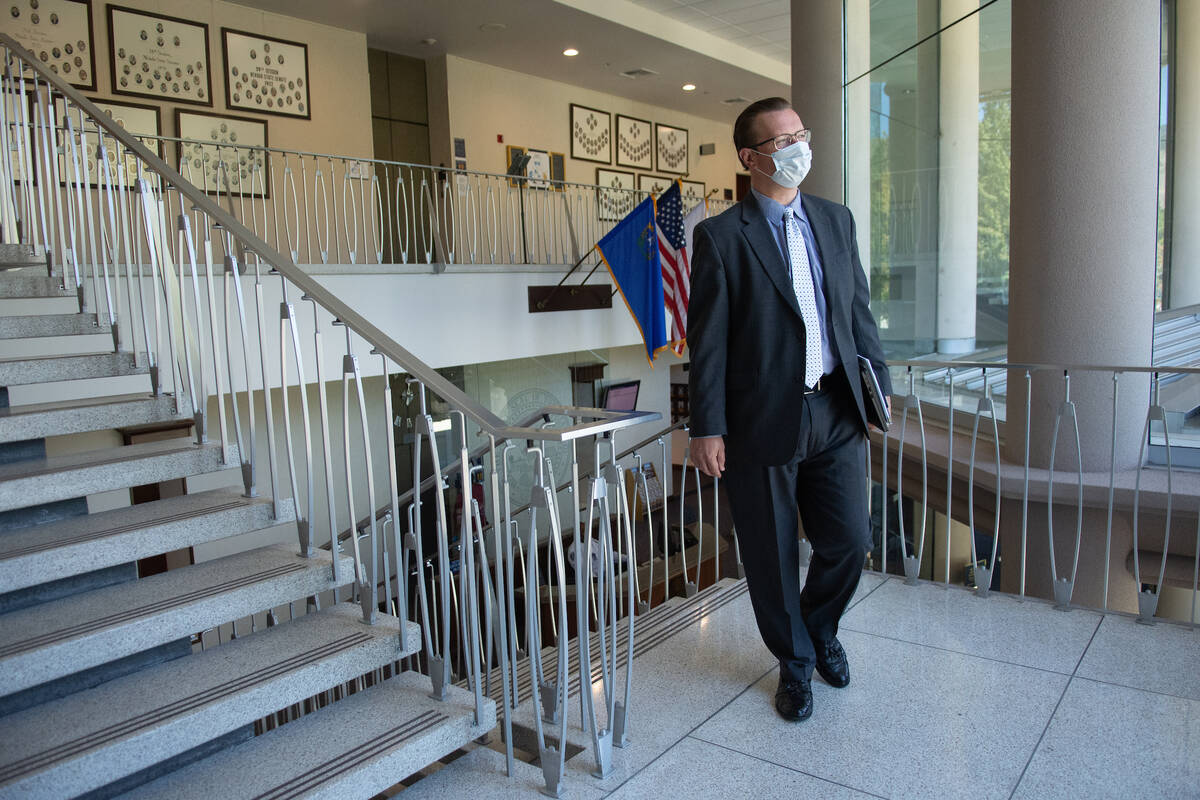 Senator Ben Kieckhefer on Wednesday, Aug. 5, 2020 during the sixth day of the 32nd Special Session of the Legislature in Carson City. (David Calvert/Nevada Independent) 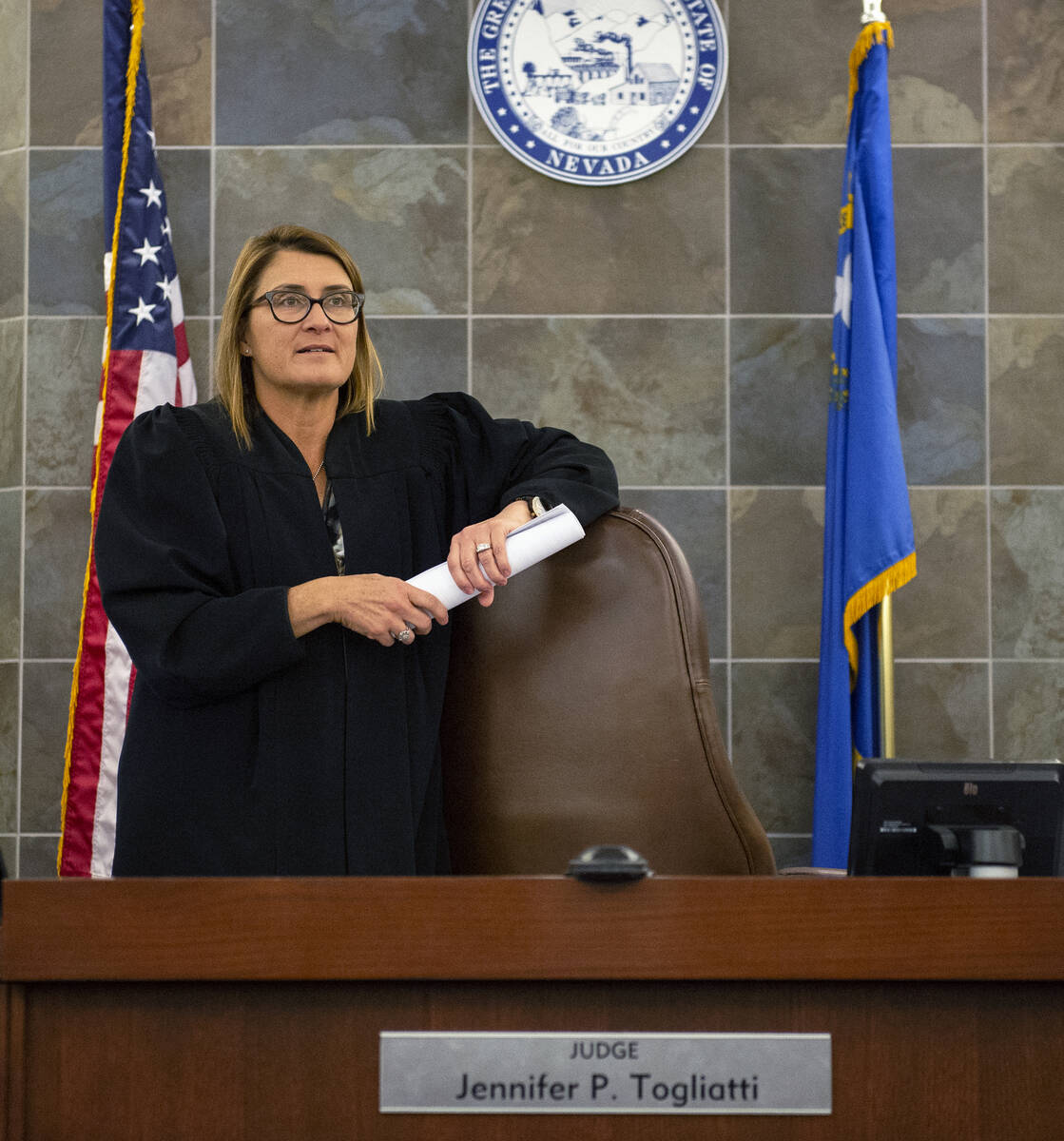 Kieckhefer will be joined on the commission by former District Court Judge Jennifer Togliatti, who will serve as the first woman to be chair of the powerful oversight panel, the governor’s office said.

“Both Judge Togliatti and Senator Kieckhefer are highly qualified appointments to these positions and I am glad to have them continue their service to the Silver State by serving on the Nevada Gaming Commission,” Sisolak said in a statement Friday. “This commission is the gold standard of gaming regulation and these appointments will continue to honor that.”

Kieckhefer, a former reporter who served as a press secretary before being elected to office, announced his resignation via Twitter on Friday. He was unable to seek another term due to term limits.

While it has been an honor and privilege to serve the people of the State of Nevada as a State Senator, yesterday afternoon I submitted a letter of resignation to Governor Sisolak. 1/3

“While it has been an honor and privilege to serve the people of the State of Nevada as a state senator, yesterday afternoon I submitted a letter of resignation to Governor Sisolak,” Kieckhefer wrote. “I’d like to thank everyone who has helped and supported me over the past decade, particularly my constituents, who trusted me to represent them in their government. I’m incredibly proud of the work we have done to help move Nevada forward.”

Known as a moderate Republican in the upper house, Kieckhefer has been mentioned frequently as a potential candidate for higher office, including secretary of state. Filing for the 2022 election doesn’t open until March.

He was also known for his attention to detail to the state budget while serving as a member of the Senate Finance Committee. In the 2019 session, he was instrumental in the passage of Senate Bill 287, which reformed access to public records in the state. The bill was opposed by many local governments, but passed both houses unanimously.

Kieckhefer, an Illinois native who earned a bachelors degree in English from DePaul University in Chicago, followed by a masters degree in public affairs reporting from the University of Illinois, Springfield, worked as a reporter for the Associated Press covering the 2003 session of the Legislature. He also worked for the Reno Gazette-Journal.

He later went to work as a press secretary for Republican Gov. Jim Gibbons, who was elected in 2006, and served as spokesman for the state Department of Health and Human Services. Most recently, Kieckhefer has worked for the McDonald Carano law firm, where he is director of client relations.

Togliatti served as a judge for nearly 20 years, known for her oversight of settlements and complex litigation. She handled cases arising out of the 2007 hepatitis scandal that resulted from the re-using of syringes and drugs in clinics run by Dr. Depak Desai. She was also involved in settling litigation surrounded the never-built Harmon Hotel at the City Center site.

She began her judicial career as a justice of the peace in Las Vegas Justice Court, served as a Clark County District Court judge and later as chief judge for that court. She also worked as a deputy district attorney in Clark County. Most recently, she’s been involved a private dispute-resolution practice.

She was nominated by then-President Donald Trump for a seat on the federal bench in Nevada in 2020, and was recommended for confirmation by the Senate Judiciary Committee. However, then-Senate Majority Leader Mitch McConnell failed to bring her nomination up for a vote on the floor.