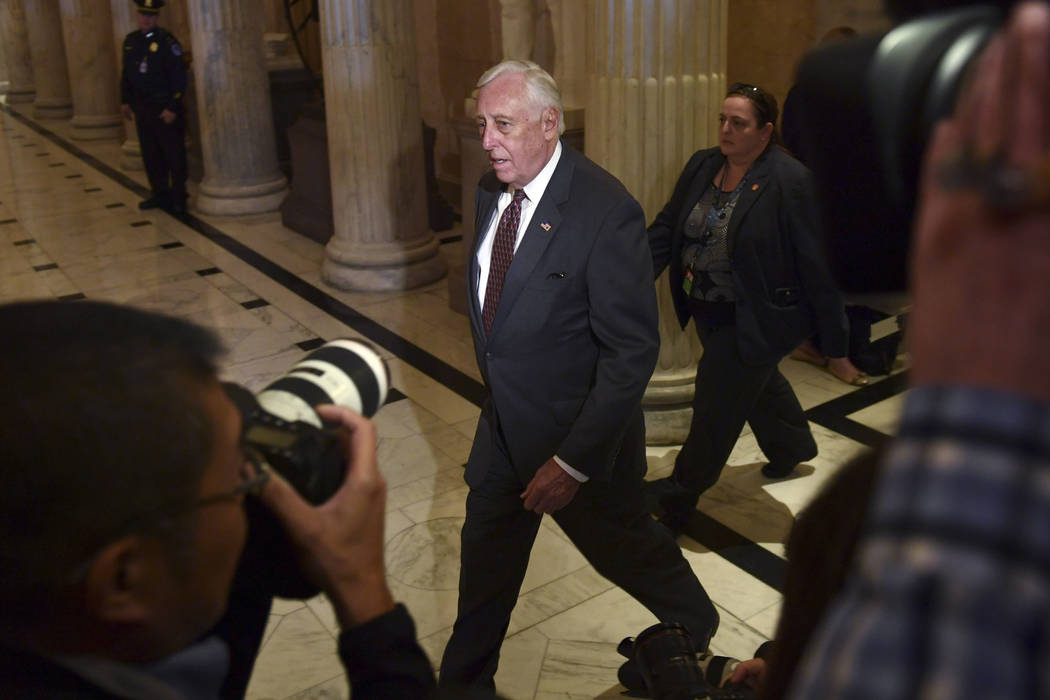 House Minority Leader Nancy Pelosi, D-Calif., and Rep. Ben Ray Lujan, D-N.M., chairman of the Democratic Congressional Campaign Committee, have called on Kihuen to resign in light of allegations of unwanted sexual advances and touching of a campaign finance aide.

On Tuesday, House Minority Whip Steny Hoyer, D-Md., reiterated his initial comments that the allegations against Kihuen should be investigated, and he told reporters at a weekly meeting that the Ethics Committee should be the panel to investigate.

Kihuen responded with a statement that read: “I believe in transparency.”

“If Ethics wants to look at it, I welcome an opportunity to clear my name,” Kihuen said.

When the allegations against Kihuen surfaced Dec. 1, Hoyer said in a statement that they should be investigated, and he noted that he had talked to the Nevada lawmaker about the charges.

“If they are found to be true, he should resign,” Hoyer said then.

Sen. Catherine Cortez Masto, D-Nev., also has called for an Ethics Committee investigation into the allegations, first reported by BuzzFeed, that Kihuen’s advances on a campaign aide made her uncomfortable and forced her to quit his 2016 congressional campaign.

Kihuen apologized if his actions made the employee feel uncomfortable, but he said he recalled the incidents differently. Kihuen has said he will not step down, and Democrats close to him said he plans to defend himself against the accusations.

The freshman lawmaker also said Pelosi and the DCCC were aware of the complaints made a year earlier — charges denied by Pelosi and Lujan through spokesmen.

Rep. Joe Barton, R-Texas, announced he would not seek re-election after sexual photographs and videos taken during a consensual relationship were made public. And Rep. Blake Farenthold, R-Texas, is under scrutiny after it was revealed that taxpayers were billed $84,000 to settle a sexual harassment claim against the Texas lawmaker.

A handful of Democratic senators have called for the president’s resignation. Nearly 60 lawmakers are urging a congressional probe into his behavior, and some of the 16 women who have accused Trump of harassment have resurfaced their stories. Trump has denied the women’s claims.

The House Ethics Committee voted unanimously Dec. 7 to establish subcommittees to investigate allegations against Farenthold and Franks. It announced a review of Conyers in November.

No action by the committee has been taken involving the Kihuen allegations, and it is unknown whether the accusations have been brought before the committee by another lawmaker for review.

A spokesman for the committee has declined to comment.

Hoyer said he expects the committee to review and investigate the charges against Kihuen.

Kihuen’s Democratic Nevada colleagues in the House, Reps. Dina Titus and Jacky Rosen, have both called for him to step down.