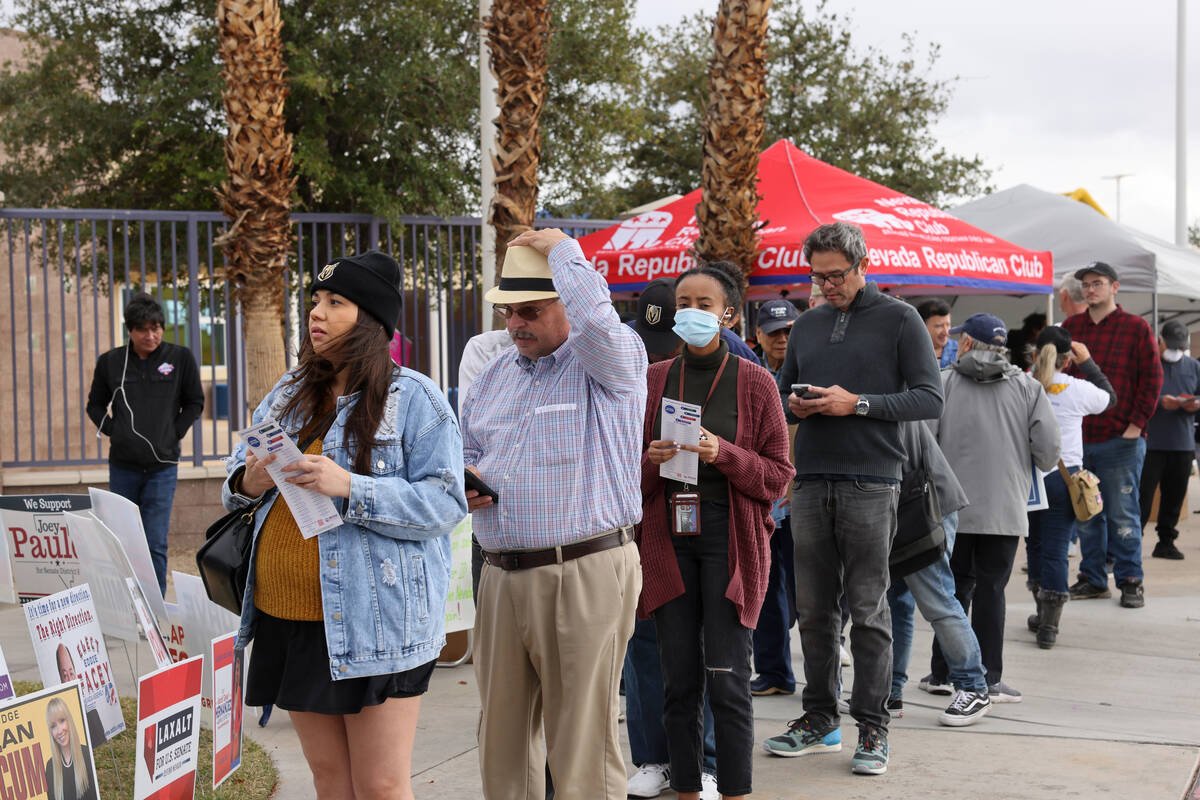 Still, it may be a sign that Latinos are increasingly breaking from the Democratic Party. Latino voters, who made up nearly 20 percent of the voters in Nevada in 2020 according to Pew Research Center, have historically voted Democratic. But some reports have suggested that support is narrowing, and an October Washington Post-Ipsos poll showed that although Democrats had a 27-point advantage with Hispanic voters, that number was down from nearly 40 points in 2018.

Exit polls have limitations, such as large margins of error, and are better used as a preliminary look at trends in the voting population rather than solid data, said Christina Ladam, a professor of political science at the University of Nevada, Reno.

“You’re going to likely get people who are more to the extremes than the general voting population because these are the people who are comfortable with sharing their views,” she said.

“It’s showing us a preliminary snapshot of what happened, and it kind of gives us a sense of what might have been going on,” he said.

And one of the defining issues of the election for voters and analysts alike is election integrity.

The CNN poll asked respondents whether they were confident their state’s elections were “fair/accurate;” 76 percent answered that they were “confident,” and 21 percent said they were “not confident.”

Unsurprisingly, 85 percent of respondents who said they weren’t confident in the election voted for Laxalt, who was the face of the Donald Trump-backed lawsuits falsely alleging widespread voter fraud in the 2020 elections. Laxalt has subsequently admitted President Joe Biden won the election. Of the respondents who said they were confident, 59 percent reported voting for Cortez Masto, while 39 percent voted for Laxalt.

In the governor’s race, 89 percent of respondents who said they weren’t confident in the elections voted for Lombardo, who received Trump’s endorsement but later tried to distance himself from the former president. Lombardo has maintained that Biden won in 2020 but has advocated for ending universal mail-in ballots and implementing other election changes.

Other listed issues include crime, immigration and gun policy.

According to CNN, responses came from in-person Election Day interviews and both telephone and online polls to reflect those who voted early or by mail. Interviews were conducted by Edison Research, and the full sample of those polled, which included 18,571 respondents, has a margin of error of plus or minus 2 percentage points.