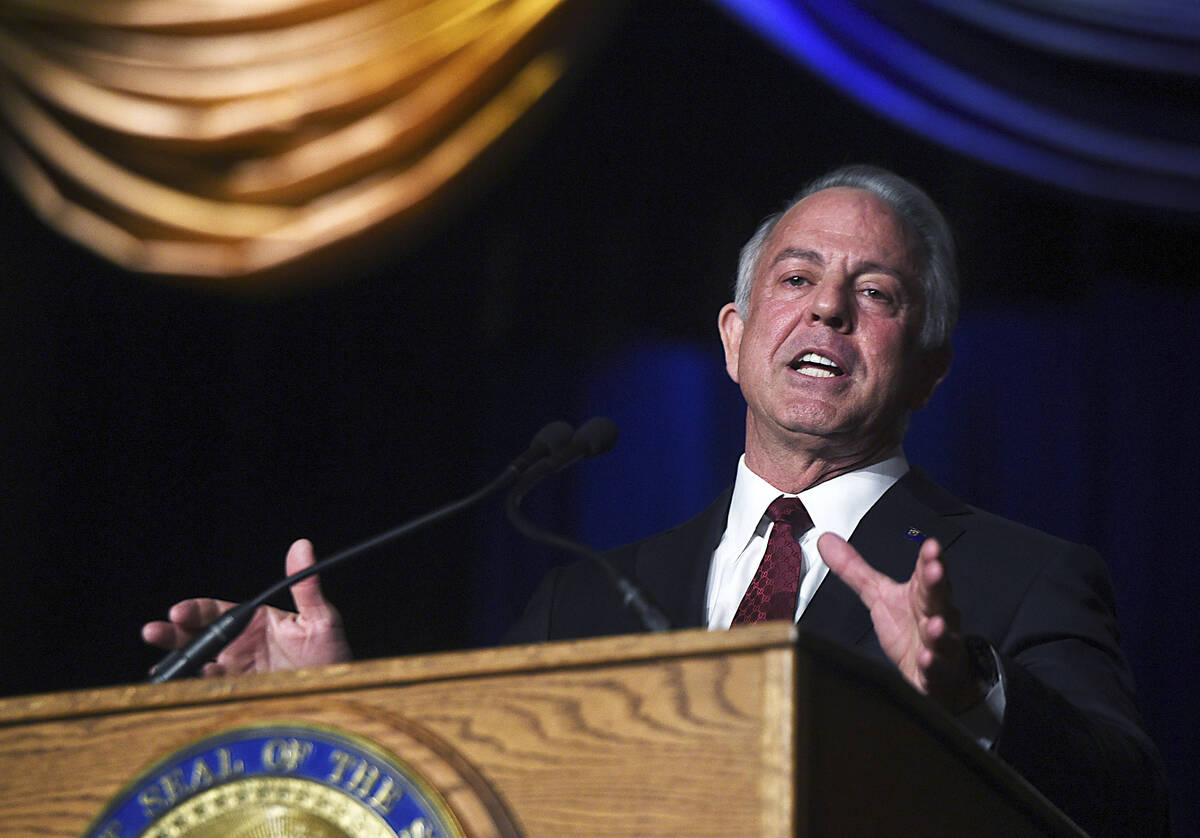 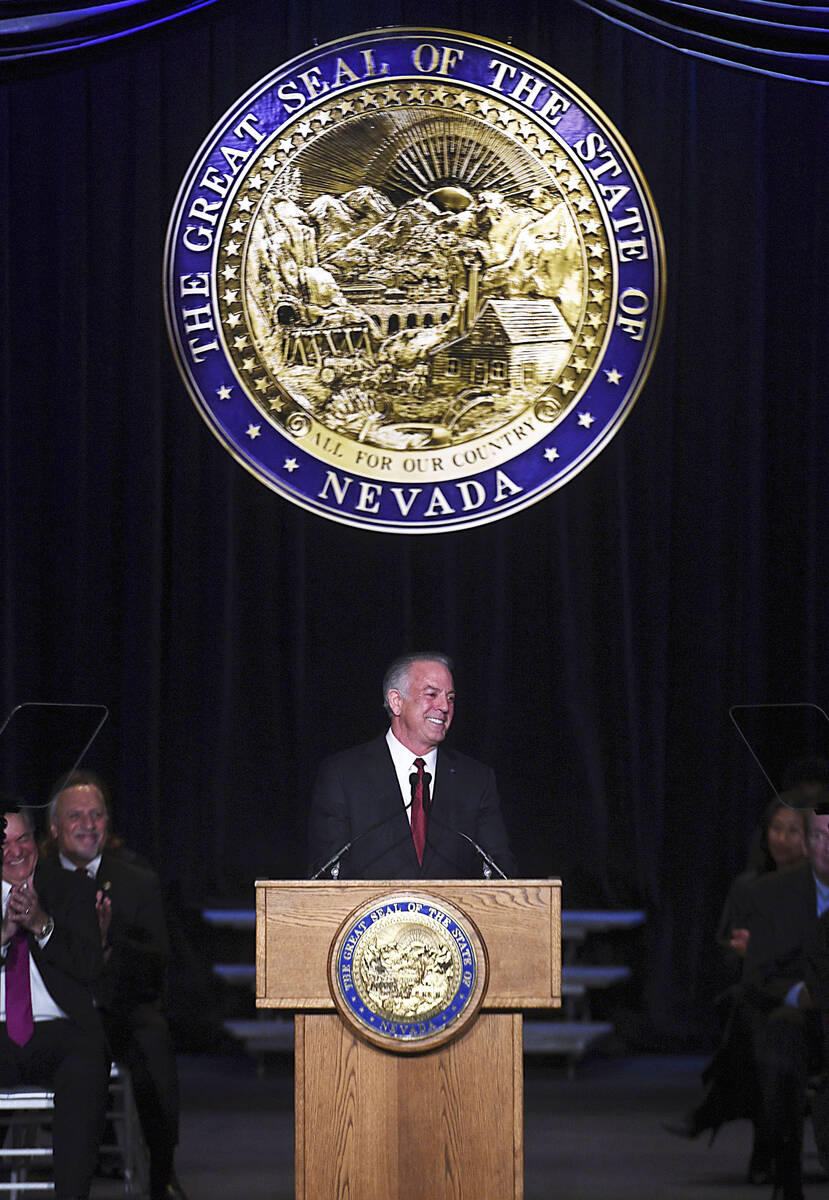 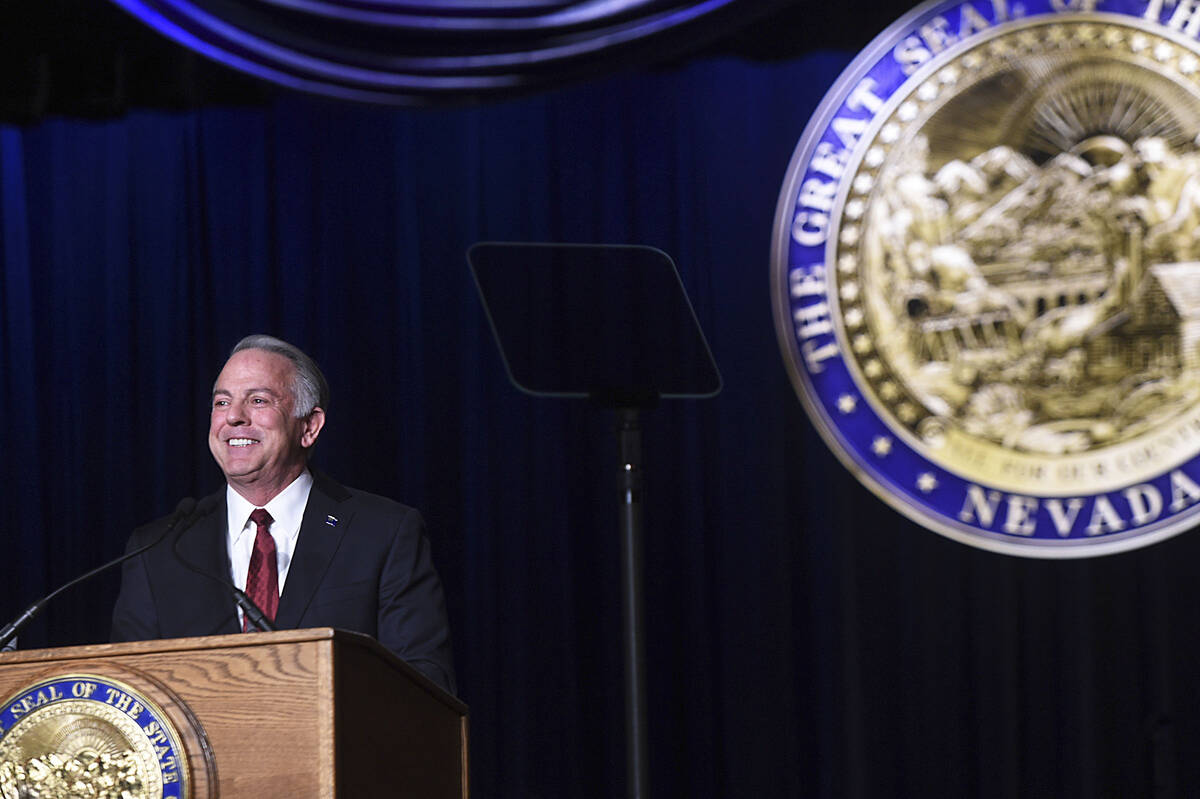 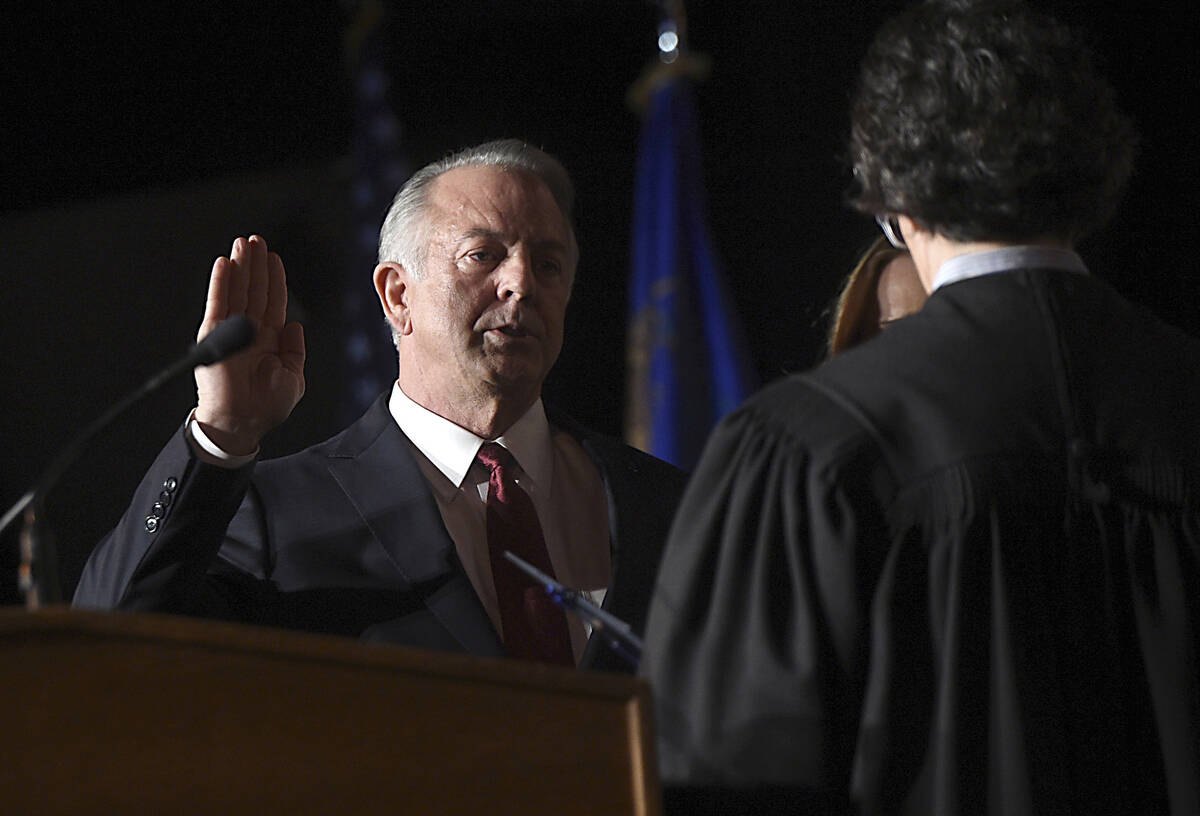 CARSON CITY — In his first public speech as governor, Gov. Joe Lombardo spoke on Nevadans’ resiliency, a mantra he dubbed “The Nevada Way.”

“It’s a concept that, as Nevadans, if we believe in ourselves sufficiently enough, and trust one another to overcome adversity, no matter the magnitude, we will never fail,” Lombardo said during his inaugural address Tuesday in Carson City. “It’s safe to say we Nevadans are no strangers to hardship. It’s the story of our nature and the nature of our story.”

The former Clark County sheriff was formally inaugurated as the 31st governor of Nevada during a ceremony attended by a crowd of more than 700. The event, which was moved from the front steps of the state Capitol to the Carson City Community Center because of inclement weather, followed Lombardo’s official swearing-in on Monday.

Monday’s event, which was held on a state holiday, allowed the new governor to stay in compliance with Nevada law. According to statute, the incoming governor must be sworn into office on the first Monday in January by the chief justice or one of the associate justices of the state Supreme Court.

But Tuesday’s ceremony was much larger and flashier than Monday’s small event. It was attended by five former governors, state legislators and constitutional officers in a completely full auditorium in Carson City.

The newly inaugurated Republican, who won the seat in a closely fought race against one-term Gov. Steve Sisolak, also vowed to uphold conservative ideals during his address, reiterating his promise to block new taxes and expand school choice.

“My top priority is expanding school choice, creating safer streets by eliminating soft-on-crime legislation, and energizing economic and workforce development,” he said. “I ask, as we embark on a new year and a new Legislature, that we do this together.”

Lombardo’s remarks come just a little over a month before the Nevada Legislature is set to start its 82nd session, where Democrats hold a supermajority in the Assembly and a majority in the Senate.