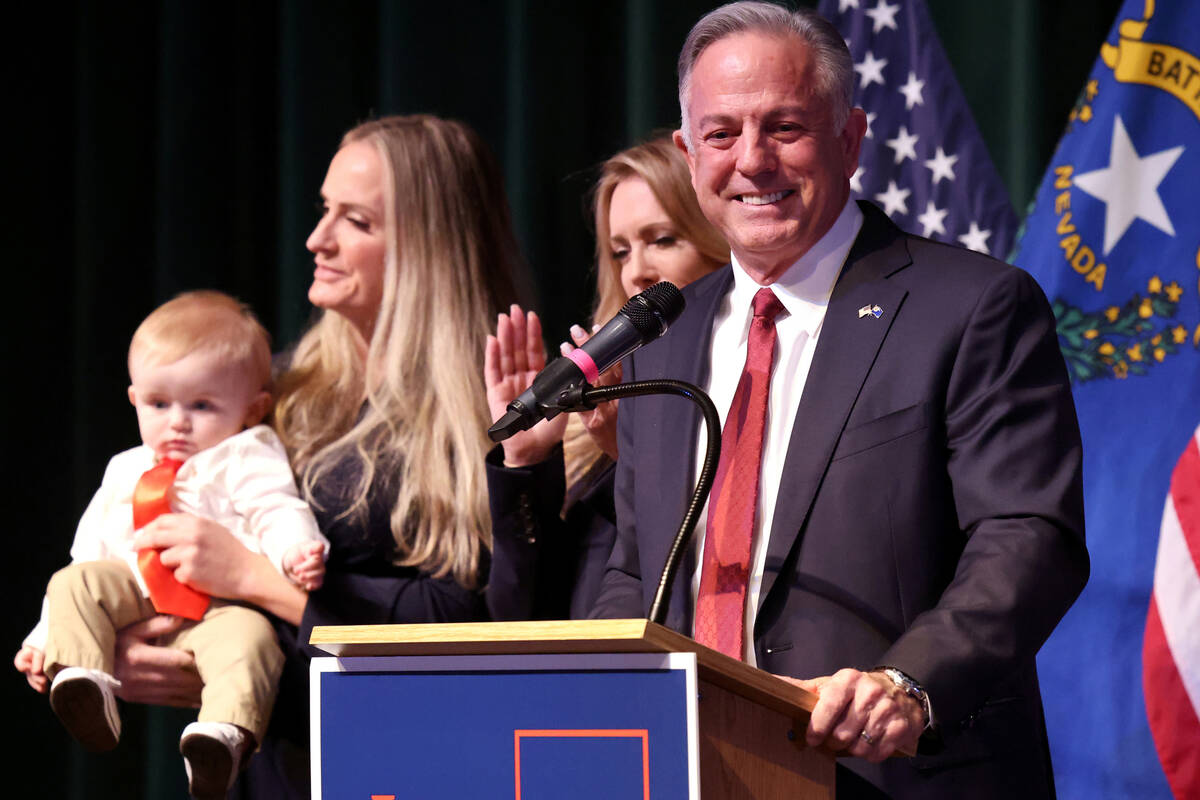 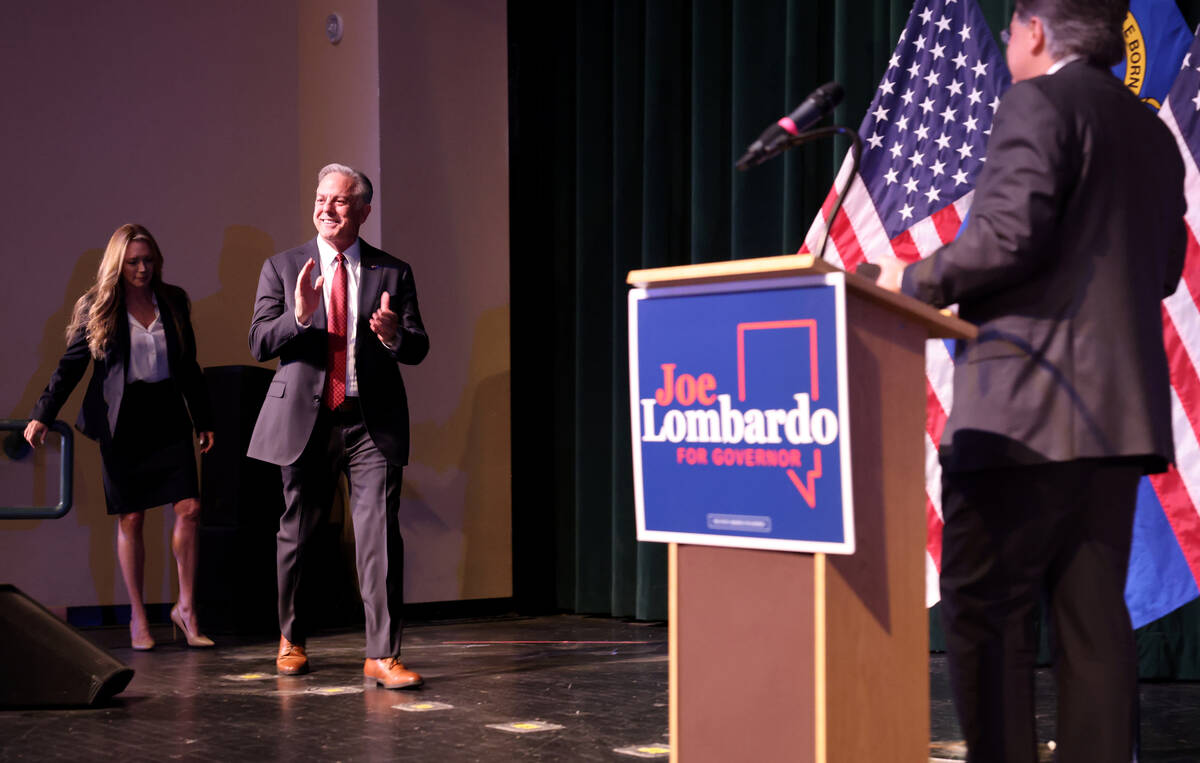 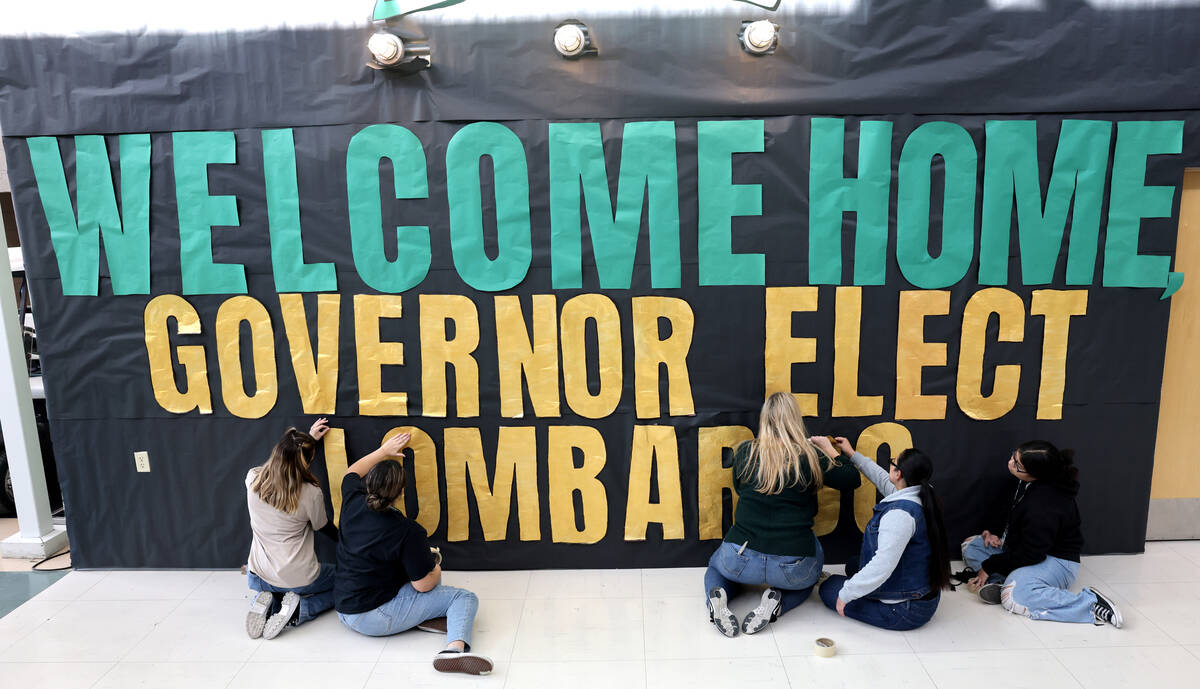 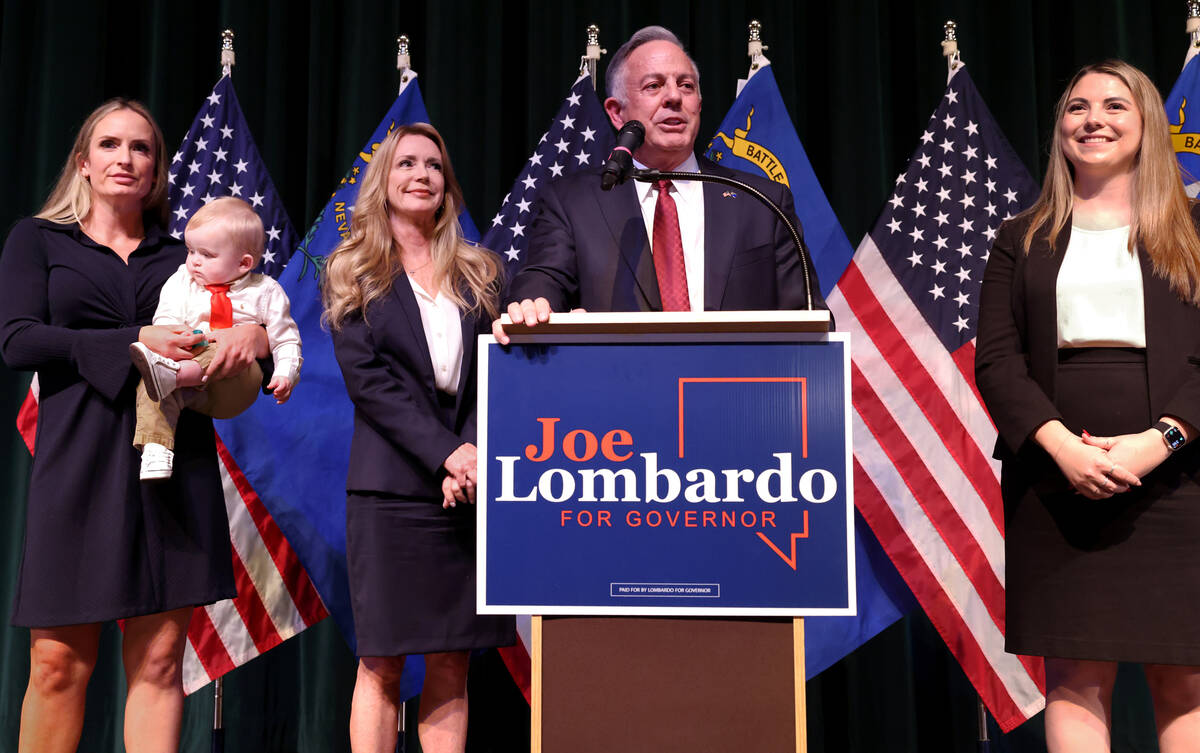 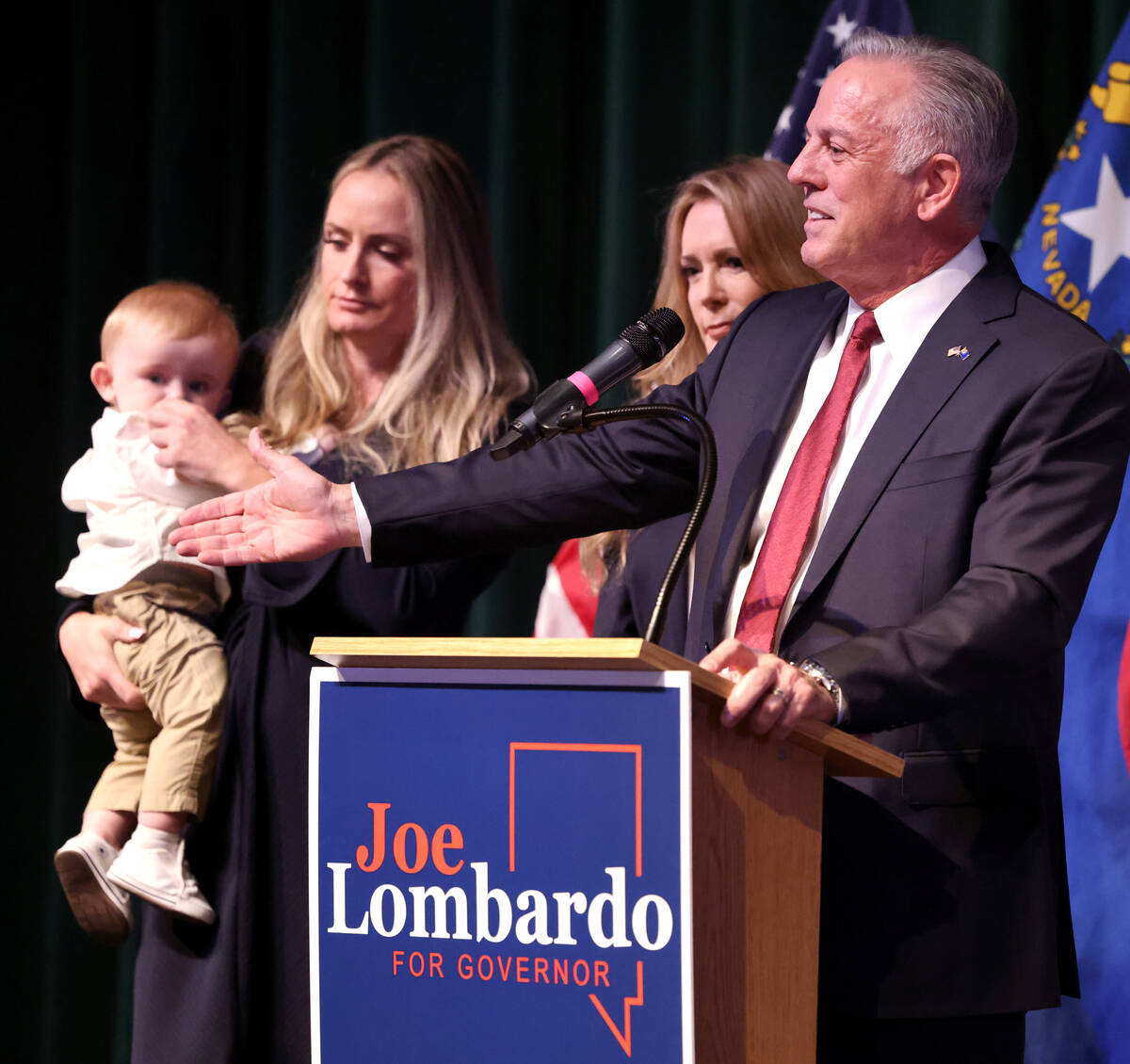 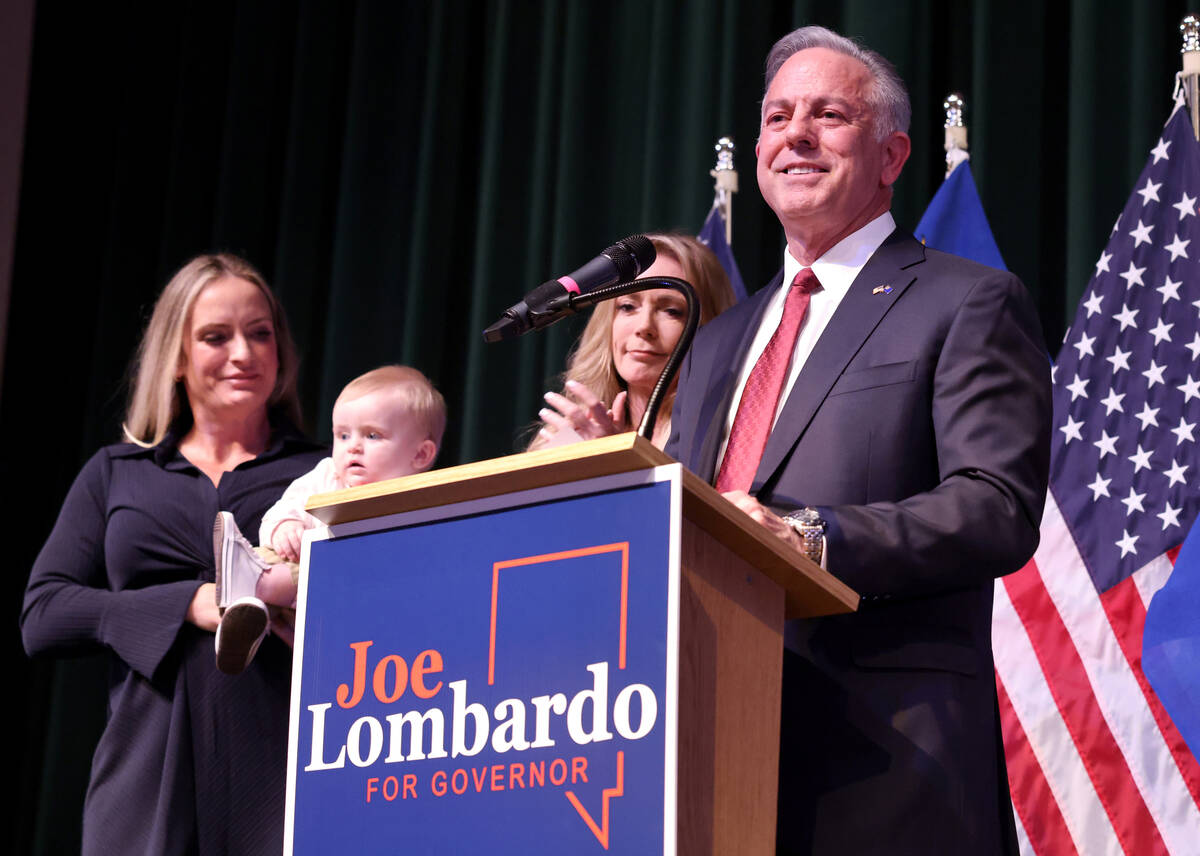 Gov.-elect Joe Lombardo vowed to be the next “education governor,” to listen to every Nevadan and earn their trust.

“Now that the election is over we must set aside our differences and come together as Nevadans, to work toward a common goal,” Lombardo said on Monday at his alma mater, Rancho High School, where he also announced his candidacy 15 months before.

“No matter who you are, where you’re from or who you voted for, I’m ready to listen to you, work for you and earn your trust,” Lombardo said.

Lombardo defeated Democratic Gov. Steve Sisolak in the 2022 midterms, winning 48.9 of the vote over Sisolak’s 47.3 percent.

His win is a win for parents who want to have a voice in their child’s education, for families who want a safe community, and for small-business owners, Lombardo said.

He plans to expand school choice and make school safety a priority, fix broken state agencies, create safer streets by eliminating soft-on-crime laws and get the economy back on track “so we don’t have to pay the price for bad decisions coming out of D.C.”

“My administration will never stop listening to you,” Lombardo said.

On being the next “education governor,” Lombardo has said he wants to give teachers raises, implement school choice initiatives, reprioritize programs such as reading by third grade and improve accessibility to workforce development programs for students.

He also said he plans to repeal restorative justice measures, which focus on alternative solutions to discipline rather than suspensions or expulsions. To improve safety in schools, Lombardo has also said he supports allowing teachers to carry firearms on campus if they have received training on how to use them.

Lombardo was the only statewide candidate in the country from either Republican or Democratic parties to beat an incumbent in the 2022 midterms. While Sisolak was ahead with early voting, Lombardo made gains on in-person Election Day voting.

Sisolak needed Democrat-leaning mail-in ballots to close that gap, which other Democrats such as Sen. Catherine Cortez Masto were able to accomplish, but Lombardo maintained his lead. He and only a couple of other Republicans running for statewide races managed to win, including Stavros Anthony for lieutenant governor and Republican Andy Matthews for controller.

“I thanked him and we pledged to work together to complete a smooth transition,” said Lombardo, who will take office on the first Monday of January.

Lombardo thanked his family and campaign for their support as well as voters for trusting him.

“Words cannot adequately describe the depth of our gratitude for your guidance,” Lombardo said. “Although I won’t be sworn in until January, our journey begins now.”

At the end of his speech, Lombardo declined to take media questions but said he would make himself available in the future and will be transparent. Multiple news outlets, however, were denied entry to the event Monday.

“He’ll lead the state in a new direction, which is going to be fantastic. The NV GOP was behind him 1,000 percent,” McDonald said.

McDonald thinks Lombardo will bring unity to the state.

“He’ll be someone who can reach across the aisle and put the state in the right direction where it’s all about all Nevadans,” McDonald said.

Former President Donald Trump, who endorsed both Lombardo and Adam Laxalt — who lost his bid for U.S. Senate — has claimed on social media there was election fraud in Clark County.

In response to Trump’s claims, McDonald said, “I think everybody has their opinions about what took place, what’s taking place. It goes back to the authority of the election department and how we have to investigate it. That’s up for everybody around the ticket. They want to be able to check in to each individual race to see how each individual race came down.”