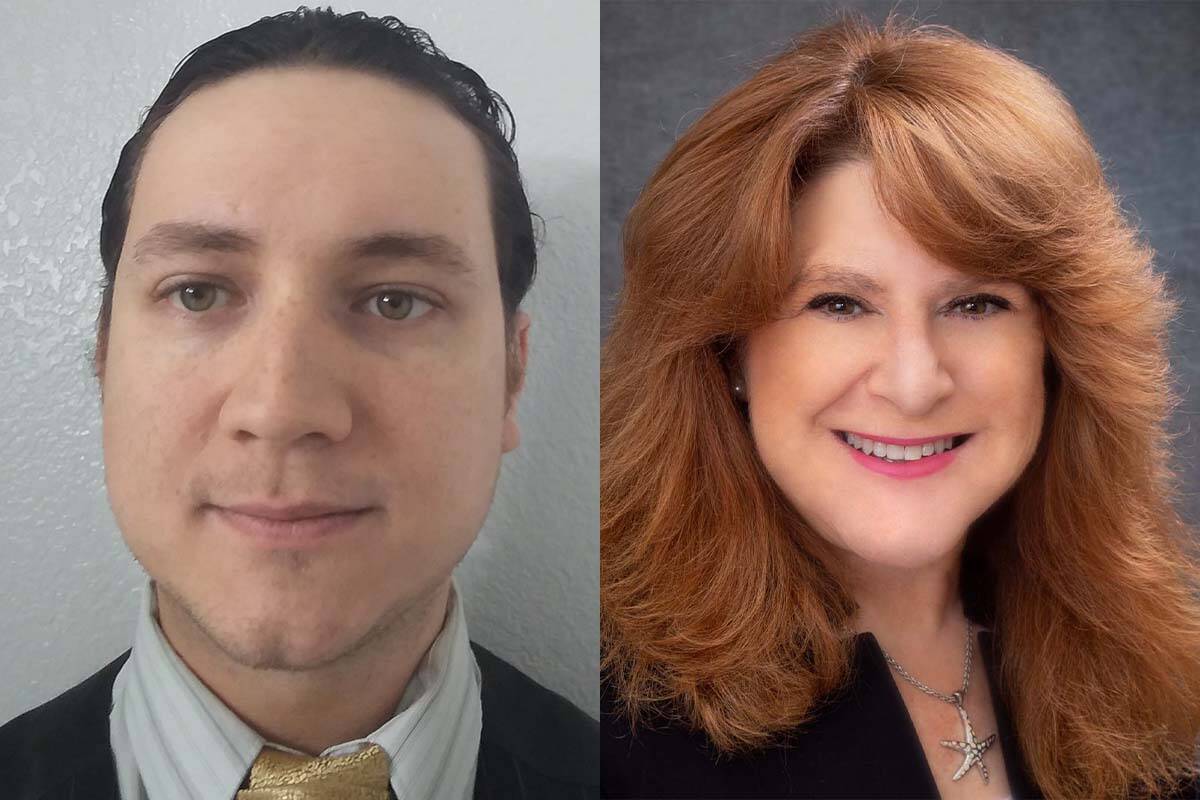 Alexander Costa and Ellen Spiegel, Democratic candidates for state controller in the 2022 primary.

A candidate for Nevada controller is running his “vaccine rollout” volunteer record against a five-term assemblywoman with decades-long experience in finance and business.

Alexander Michael Costa and Ellen Spiegel are the two Democrats vying for current Controller Catherine Byrne’s position after she decided to not seek re-election.

Thus far, Spiegel has name recognition, a fundraising advantage and the endorsements of Byrne and Gov. Steve Sisolak.

Costa, who reported not raising any money the last quarter, said he is counting on name or face recognition from the 25,000 or so people he said he checked in during Nevada’s COVID-19 vaccine rollout.

“Put the vaccine on the ballot, I guess,” the first-time candidate said.

The controller is the state’s chief fiscal officer in charge of running its accounting system, registering vendors, collecting debts owed to the state and settling claims against it, according to the office’s website. It audits government agencies to ensure compliance with the Nevada constitution, state and federal laws.

“I understand where the money comes from, where the money goes to,” said Spiegel, citing her 40-year tenure in business, and her time at the Nevada Legislature, in which she served as vice chair of the Assembly’s Taxation Committee and on the budget-writing Ways & Means Committee.

The Henderson resident, who raised about $17,000 last quarter, and had nearly $130,o00 in her coffers as of April 15, would prioritize determining what is owed to the state, she said.

She would implement a program for first-time small business owners to start them on the “right track,” she said. Her office would give provisional six-month business licenses in exchange for the owners obtaining professional “mentorship.”

She said that a lot of businesses are currently not licensed properly, a disadvantage to those entities that are doing business the right way.

“Pairing” her business and financial experiences with those as a lawmaker “makes me really well suited for this job,” she said.

Costa, a soon-to-be father and a husband to a Clark County School District teacher, said the controller is “a job like any other.”

A Wall Street investor with a business-oriented degree from the University of Massachusetts Dartmouth, Costa said he would “continue the audits the same way that they’re being conducted.”

He never imagined running for office but “the times we’re living in” inspired him to throw his hat in the race.

“I would like to leave the world a better place for our children and I believe I’ve done that,” he said, citing his time as a volunteer getting people vaccinated.

The winner of the June 14 primary will move on to face Republican Andy Matthews in the November general election. Matthews is unopposed in the GOP primary.