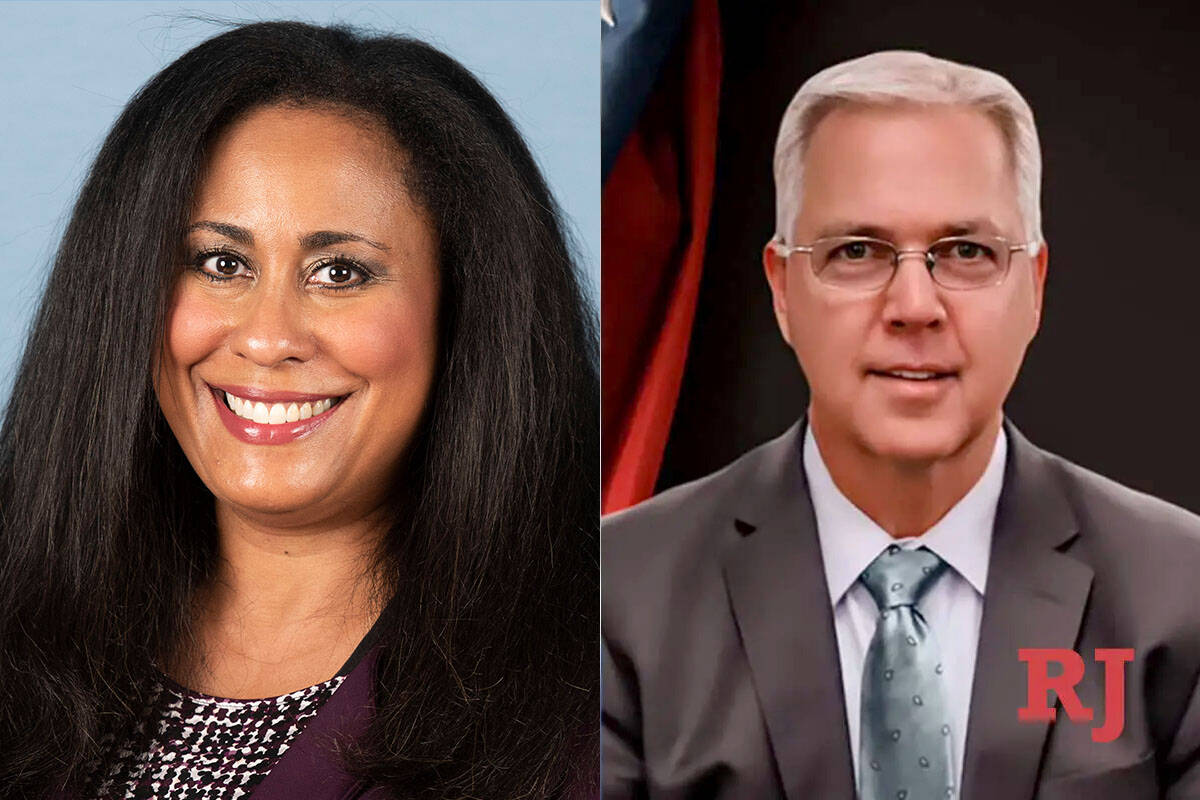 Incumbent Democrat Brittney Miller will be challenged by two candidates in the Assembly District 5 election this fall. Republican Kelly Quinn came out of a Republican primary in June and is joined by Libertarian Ronald Morgan on the general election ballot.

Miller, first elected in 2016, is a teacher. She said seeking reelection is about building on the momentum gathered in previous sessions.

Her goal when it comes to education is reducing class sizes and improving working conditions for teachers. Miller has been part of the majority party during her time in the Assembly but pointed to bipartisanship being a trait of the Nevada Assembly.

She said her approach to policy and voting is pragmatic but she is not afraid to work with the other side if need be.

“My bills in particular have not been hyper partisan. I’ve had bills about veterans healthcare, many about education. These things, they’re not as polarizing as some other topics are,” Miller said.

She encouraged voters to reach out to her about any issues in the community that are not being addressed.

“I go through all the same experiences that any other Nevadan does and so that we do hear, we do see and we do feel and things are being addressed,” Miller said.

Miller is named in a pending lawsuit against those lawmakers who serve as both state lawmakers and public employees, which critics say violates the Nevada Constitution’s separation of powers clause. Miller declined to comment on the case.

The longtime Libertarian said the party having ballot access provided the motivation to run for office. Morgan, a Chicago-native, has lived in Nevada for the past four years.

Morgan has never previously run for office and works as a project engineer who inspects HVAC systems in buildings when they go up for sale or refinancing.

“Politics has always been a passion of mine and it’s always kind of frustrated me,” Morgan said.

He and his wife live in Las Vegas but moved to Pahrump for a year during the height of the COVID-19 pandemic to get away from mask mandates.

“We don’t really like being told what to do a lot and the whole mask order was kind of a big deal for me,” Morgan said.

One of his priorities if elected is lowering the cost of living in the Las Vegas Valley.

“If you look at most of our workers in this valley, a lot of them don’t make a lot of money,” Morgan said. “They can’t afford to live here.”

Morgan acknowledged that as a third-party candidate he would have to work both sides of the aisle to get things done.

“If I don’t do it right I’m going to be ineffective so I’m going to have to align myself on issues that I agree with and work with the party that’s pushing that agenda,” Morgan said. “The problem is the Democrat Party is moving to that progressive side and I can’t abide that. The Republican Party, they’re not going down the right road either from what I’m seeing.”

He said he would also fight against any effort to restrict Nevadans’ Second Amendment rights.

“I would fight that every step of the way,” Morgan said.

Quinn has worked as a correctional sergeant and as a regulator for the state of Nevada in fire and emergency medical services.

He said in April in an interview before the Republican primary that the pandemic highlighted the problems with government overreach including the governor declaring a lengthy state of emergency. Quinn suggested limited a state of emergency to 90 or 120 days.

Quinn said the state needs to improve the retirement system for government workers and increase pay to keep public employees from leaving for the private sector.

Quinn could not be reached for comment after the primary, which he won with 51 percent of the vote.