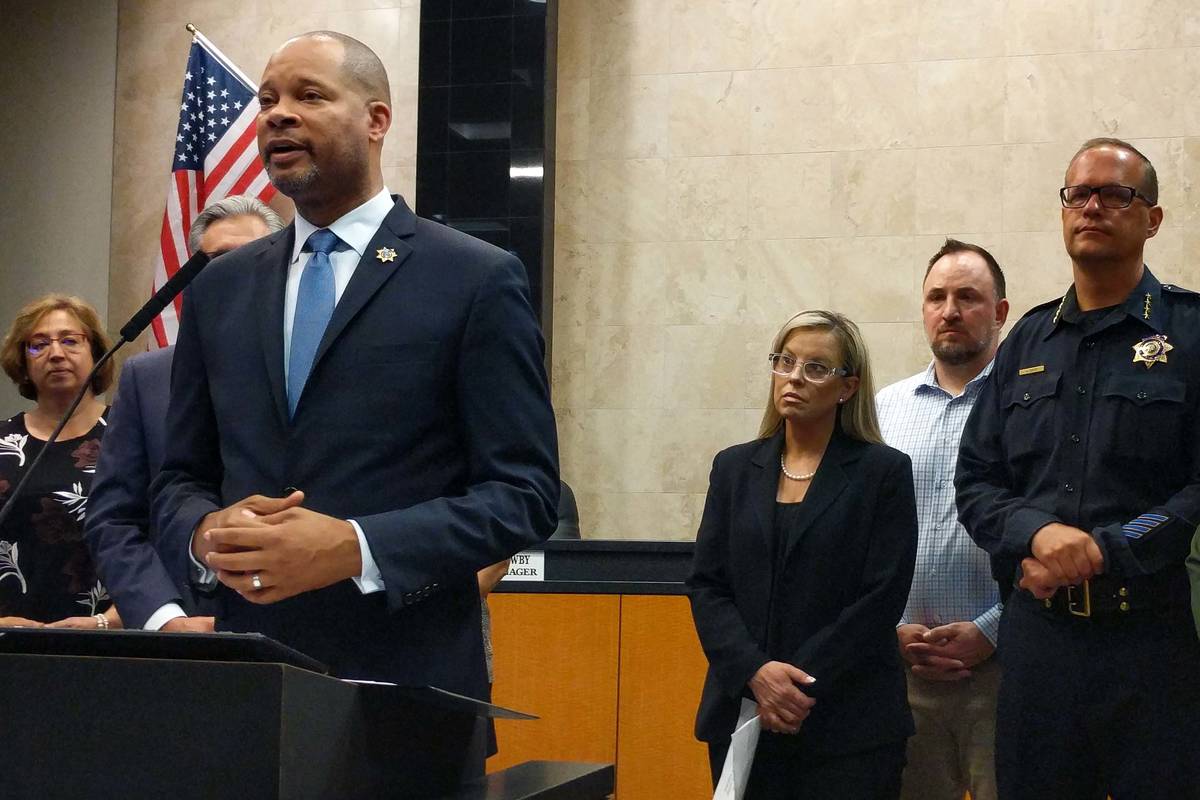 Nevada Attorney General Aaron Ford announced Monday that the state has agreed to a $45 million settlement with the consulting firm McKinsey & Co. over its role in the deadly opioid epidemic.

Last month, when McKinsey & Co. agreed to pay $573 million to 47 states to settle investigations into its role in opioid sales, Nevada opted out of the agreement, and Ford said he would continue to pursue his investigation.

On Monday, he said the state was offered roughly $7 million in that settlement.

Since then, Ford said, he had worked to “procure a settlement that was more appropriate for Nevadans” because the state suffered from the crisis more than many others.

The money is expected to be delivered to the state in two installments — $23 million in 45 days and $22 million in 120 days.

A company spokesman responded to Ford’s announcement of the settlement in an email to reporters.

“McKinsey believes its past work was lawful and has denied allegations to the contrary,” the statement said, in part. “The settlement agreement with Nevada, like those reached in February, contains no admission of wrongdoing or liability.”

Ford said he and other state officials, including Gov. Steve Sisolak and lawmakers, were working to determine how the money from the settlement would be distributed.

The settlements in Nevada and other states were reached after documents showed that McKinsey provided guidance to market opioids to increase sales in the midst of the crisis.

More than 40 states, including Nevada, reported an increase of opioid deaths throughout the 2020 pandemic, according to the American Medical Association. In November, the National Drug Helpline placed Nevada and several Western states on “red alert” for their increased risk of drug overdose deaths.

“The COVID-19 pandemic has exacerbated the (opioid) problem, because of rising unemployment, reduced access to healthcare and treatment programs, and increasing levels of social isolation,” the organization’s website stated.

Nevada’s lawsuit accused drug manufacturers of pushing doctors to prescribe the addictive medication while downplaying the side effects.

Ford said the companies relied on fake science, fake experts, fake publications and an army of salespeople to push the pills in the name of greed as thousands died in the process.

Litigation in Nevada continues against others named in the 2019 lawsuit with a trial date set for next year.

“We will not rest until everyone responsible pays for the devastation that they have caused Nevadans,” Ford said. “We intend to pursue that litigation to the end, and to prevail to bring much needed resources to our state to help address the opioid epidemic.”