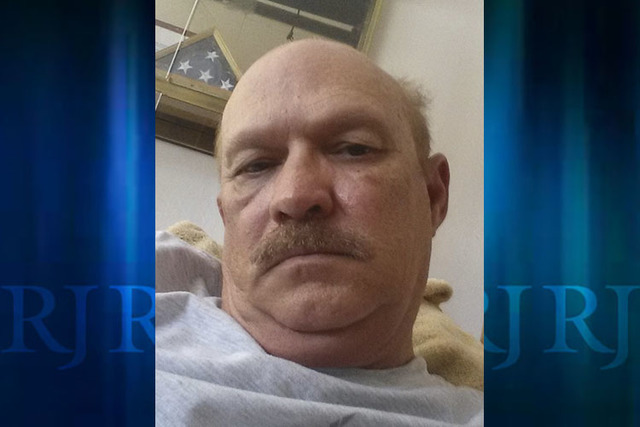 RENO — A Reno Republican running for the state Assembly said Wednesday he will end his campaign after alleging his online accounts were hacked and nude photos of him were sent to GOP leaders as part of an extortion plot.

The move by candidate Jim Riger Sr. came after the Reno Gazette-Journal reported Tuesday that Kim Bacchus, chairwoman of the Republican Women of Northern Nevada PAC, told police she received explicit photographs of Riger in June from his email address.

Riger said he’s the “victim — not the criminal” in the situation.

Reno police spokesman Tim Broadway said an investigation was underway after Riger filed a complaint about possible extortion. Broadway said he could not elaborate.

Riger, a first-time candidate and military veteran, emerged from an uncontested GOP primary in June and was set to face Democratic Assemblywoman Amber Joiner in November.

Bacchus, who also is campaign chairwoman of the Washoe Republican Women, previously urged Riger to withdraw from the race. Assembly Majority Leader Paul Anderson joined the call, saying he was shocked by Riger’s “sickening” behavior.

“At no time have any of the leaders of the Assembly Republican Caucus had any communication with Mr. Riger and our caucus has not supported his campaign for Assembly in any way,” Anderson said.

Riger insisted he has been victimized by online scammers who threatened him and his family because he refused to send them money.

“I’m being extorted, plain and simple,” he said, noting that his email and Facebook account had been hacked and used to send material to people in the Republican Party.

The scammers “told me they are not going to let me win because I’m a military person and I’m a Jew,” Riger added during a telephone interview from California.

“Now I’m the bad guy to everybody,” he said. “I’m planning on resigning as soon as I get back.”

She told the Gazette-Journal she didn’t believe the response she received with the explicit photos was targeting her.

She declined further comment Wednesday to the Associated Press and it was unclear when she reported the email to police.

Riger said he met Bacchus once at a GOP event but doesn’t remember what she looks like.

“I don’t blame her for filing a report, but I would never do anything like that to Kim,” he said.

Riger has not actively campaigned for the District 24 seat representing downtown Reno. His name will still appear on the ballot because the deadline to withdraw was July 22.