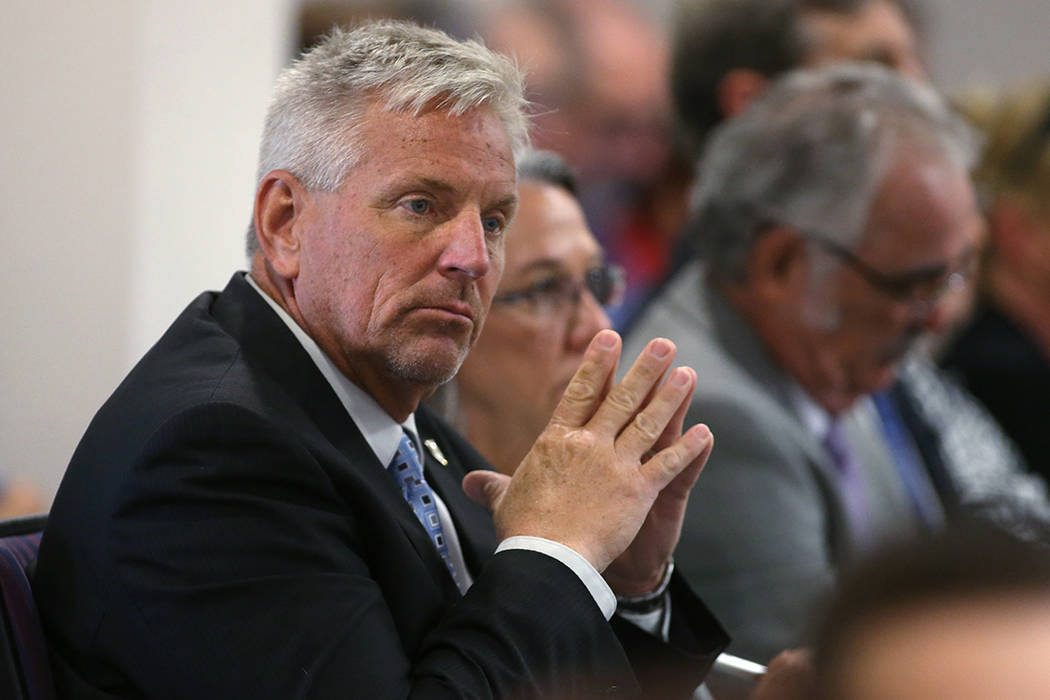 Nevada’s top water regulator has ordered a halt to residential well drilling in Pahrump in hopes of slowing the decline of the community’s overtaxed groundwater supply. 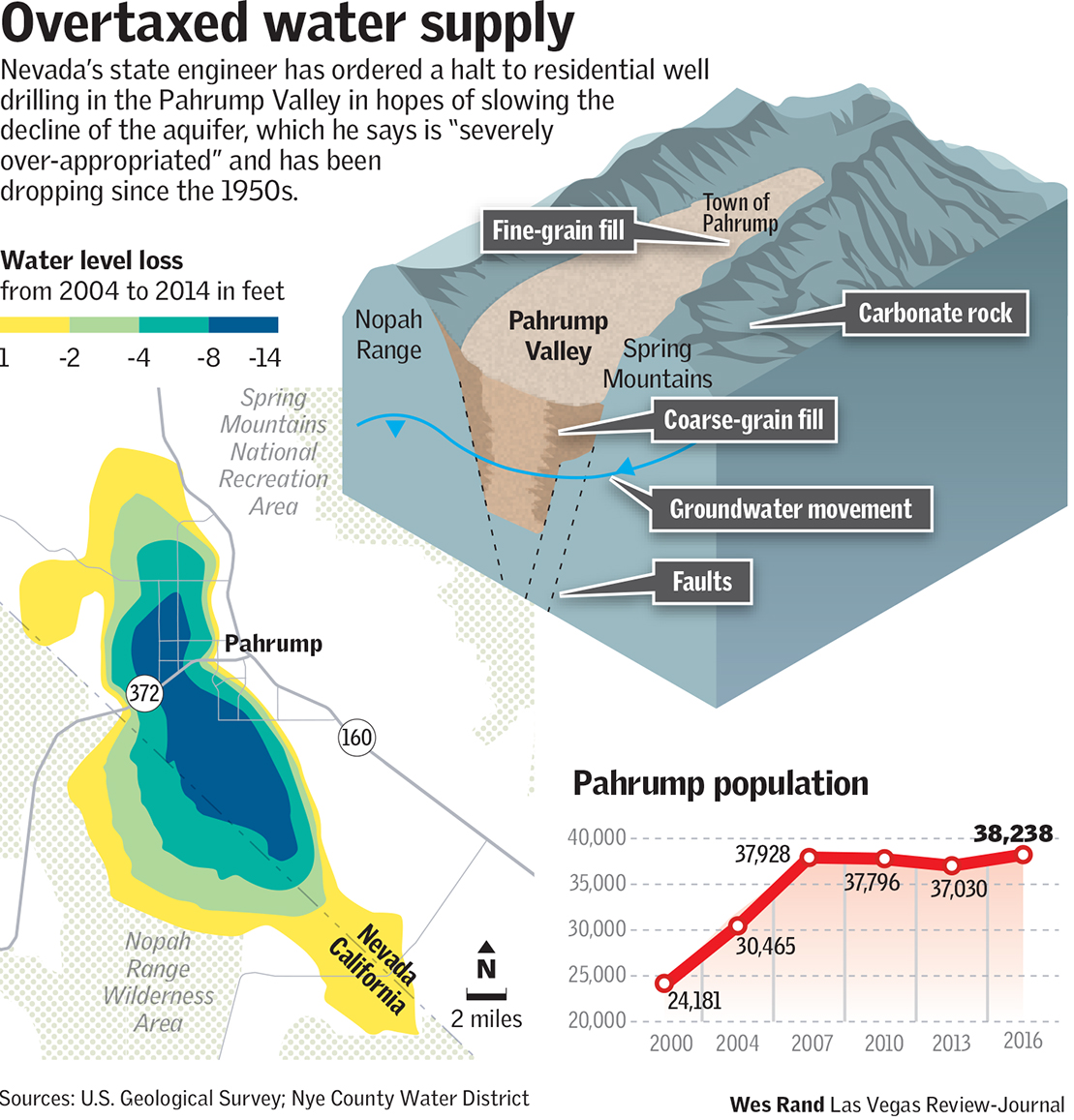 That total does not include the water that is allowed to be withdrawn from Pahrump’s roughly 11,000 existing domestic wells.

No other basin in Nevada has a higher concentration of such wells, King said. In one square mile, some 489 domestic wells have been drilled into the water table.

‘You have to draw the line’

“You have to draw the line somewhere,” said Oz Wichman, general manager of the Nye County Water District. “You can’t keep stacking on more commitments for additional water.”

The district sent a letter to King on Dec. 11, urging him to enact the moratorium on domestic wells.

Elsewhere in Nevada, state law allows property owners who live outside the service area of a water utility to sink a well and pump up to 2 acre-feet of water a year without a water right.

In Pahrump, a new domestic well can’t be drilled until the property owner signs over to the state 2 acre-feet of existing water rights to offset the new well’s draw on the aquifer.

One acre-foot is enough water to supply two average Las Vegas Valley homes for a little more than a year.

King notes in his order that groundwater levels have declined steadily in Pahrump since the 1950s, despite numerous efforts by the state engineer to regulate pumping and stabilize the aquifer.

He also cites projections from the Nye County Water District showing that continued declines in the water table could cause more than 400 wells to fail by 2035 and more than 3,000 to fail by 2065.

King’s order only applies to new domestic wells, not existing wells that need to be deepened, repaired or replaced.

Wichman said Thursday that news of the state’s new water directive has spread through Pahrump “like lightning,” and with it has come misinformation, confusion and “a fair bit of anger.”

He said the order is not meant to stunt development in the Pahrump Valley, which he believes can sustain about 80,000 residents, more than double the current population, with the water it has now.

“This is not a no-more-growth order. This is a no-more-water-commitments order,” he said.

The county water district requested the move to help bring Pahrump’s water disparity under control until broader conservation measures and other management strategies can be implemented. Wichman hopes to see that comprehensive water management plan in the hands of his board, the Nye County Commission and the state engineer by next spring.

Already, though, the owner of one local well-drilling business is threating legal action over King’s order.

“There was no reason for this,” said Debra Strickland, president of Strickland Construction and a 43-year resident of Pahrump. “For our own water board to do this to us, it just befuddles me.”

As far as Strickland is concerned, Pahrump doesn’t have a shortage of water so much as a surplus of water rights on the books. She said the state is trying to solve what amounts to an accounting problem by punishing property owners and businesses like hers.

Strickland said 14 of her customers just had their applications to drill domestic wells denied by the state engineer’s office.

The situation is even worse for property owners, Strickland said. They can expect to pay thousands or even tens of thousands of dollars more to have a new well put in as increased demand drives up the cost of water rights.

Strickland already has begun assembling a coalition of local well owners, contractors, drillers and real estate agents to challenge the order in court.

“Any time that you touch the subject matter of water, it’s controversial,” he said. “When you live in the driest state in the union, that comes with the territory.”