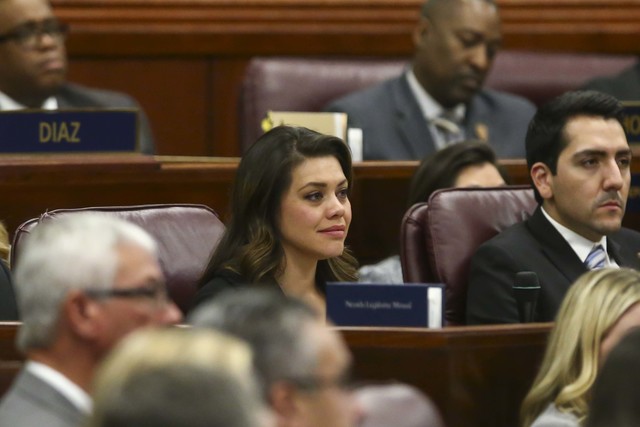 CARSON CITY — Nevada and Alabama share at least one distinction: Both states have a crime victims fund that disqualifies undocumented residents.

Assembly Bill 122, sponsored by Assembly Majority Leader Teresa Benitez-Thompson, D-Reno, would end Nevada’s unadvertised similarity to Alabama. The bill would allow undocumented residents to be eligible for payments from the state program that reimburses victims for expenses related to the crime, including medical costs. Currently, Nevada crime victims who are undocumented aren’t eligible.

The bill drew widespread praise from committee members and advocacy groups for crime victims and immigrants.

“I think you would agree this is basically a human rights issue,” said Assemblyman Keith Pickard, R-Henderson. “Where someone comes from should not be a factor in whether or not they receive assistance.”

The bill would help victims and encourage more cooperation with law enforcement and prosecutors, which is another requirement to qualify.

“Crime is not exclusive to citizenship,” said Kimberly Mull, a policy specialist with the Nevada Coalition to End Domestic and Sexual Violence.

The program can reimburse crime victims or their family members for expenses related to the crimes, such as medical costs, funeral costs, crime scene cleanups, lost income and emergency relocation.

In fiscal year 2016, Nevada denied 54 applications from victims because they were not legal residents. That same year, the state paid more than $5 million for hospital bills of 375 victims.

The State Board of Examiners reviews applications for the program, which has about $20 million in reserves.

The program is paid for through federal funding, court fines, penalties and forfeitures, not state tax dollars.