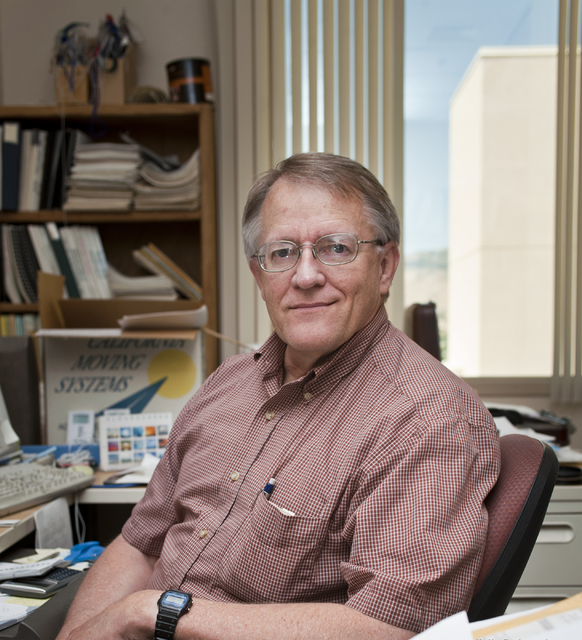 Kelly Redmond was a leading expert on the climate of the West and how humans are changing it, but it was his ability to talk about science in an engaging and understandable way that might be his greatest legacy.

Redmond died Thursday at his home in Reno after a long illness. He was 64.

Since 1989, he served as the regional climatologist for the Western Regional Climate Center at the Desert Research Institute in Reno, where he also worked as a research professor. His work spanned every facet of climate and climate behavior, its physical causes and variability and how climate interacts with other human and natural processes.

“He knew the ins and outs of climate, but he was also very keen on what climate meant to society,” said Tim Brown, director of the climate center.

He wasn’t a crusader in the least, Brown said, but if anyone wanted to know something about climate change “he would certainly tell them.”

Redmond was born Jan. 5, 1952, in Wausau, Wisconsin, and raised in southwest Montana.

He received an undergraduate degree in physics from the Massachusetts Institute of Technology in 1974 and went on to study meteorology at the University of Wisconsin in Madison, where he earned a master’s degree in 1977 and a doctorate in 1982.

He worked in the atmospheric sciences department at Oregon State University and served as state climatologist for Oregon before joining the staff at the Western Regional Climate Center in 1986.

Brown said no one worked harder than Redmond, who would spend 12 to 14 hours a day in the office, even on weekends, and frequently traveled on business.

Even when he wasn’t working he was thinking about work, Brown said. It wasn’t unusual for Redmond to illustrate his presentations on drought or climate change with photos of the landscape he snapped from an airplane window or during some hike or back-road adventure.

He could look at a map of the region and tell you off the top of his head the name and height of a random peak and the depth of some record snowfall there, Brown said. “Siri couldn’t find it that fast.”

Reporters especially came to rely on his expertise and clarity.

Author, academic and longtime environmental reporter John Fleck wrote an online tribute to Redmond on Friday, calling him the most gifted “science communicator” around.

“No scientist I know more fully lived his life at the interface between his science and the people who needed to use it,” wrote Fleck, who now serves as director of the University of New Mexico’s Water Resources Program. ”His knowledge of the science, as an active researcher on Western climate issues, was unsurpassed. But it was a science always informed by what the community needed of it.”

Redmond is survived by his four brothers, Scott, Mike, Pat and Cary.

Donations in his honor can be made to the DRI Foundation for scientific research through their online donation form at www.dri.edu/foundation/donate-online.