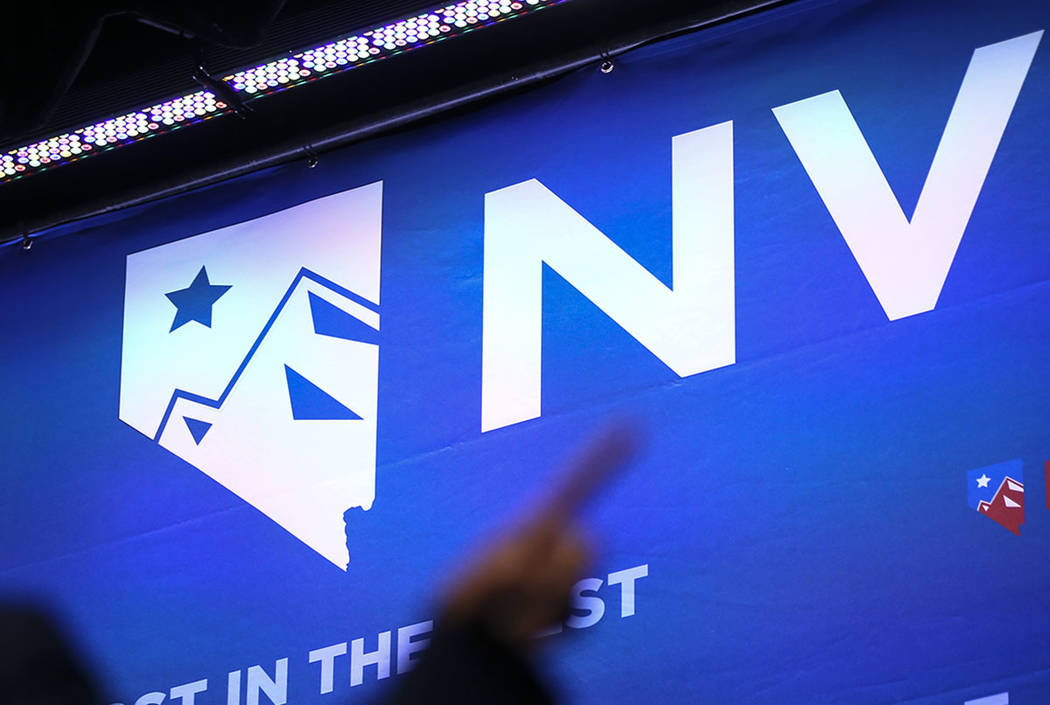 The hiring of a top presidential candidate’s staff member to a position within the Nevada Democratic Party has increased scrutiny of the party as it works to put together a contingency plan for its Feb. 22 caucuses.

Dozens of Twitter users — most identified as supporters of Sen. Bernie Sanders — on Sunday accused the Democratic Party of corruption and hurled insults at Emily Goldman, who was hired as the party’s voter protection director in January. Many called for Goldman and Democratic National Committee Chairman Tom Perez to be fired.

Screenshots of Goldman’s LinkedIn account noted she worked as an Iowa organizer for former South Bend, Indiana, Mayor Pete Buttigieg until February, when she began her new role with the Nevada Democratic Party.

Goldman, who has since switched her social media accounts to private settings, is no longer employed by or affiliated with the Buttigieg campaign.

Buttigieg defeated Sanders in a close and bitterly contested contest in Iowa last week. Sanders received more popular votes, but Buttigieg was awarded more delegates — the traditional definition of a “win” in a caucus state.

Social media users questioned the optics of hiring a candidate’s staff member ahead of running important caucuses in which that candidate is competing.

Nevada Democratic Party spokeswoman Molly Forgey said Goldman was offered the position in January, before the Iowa caucuses were underway. Goldman is not a senior staff member and will not be involved with Nevada’s caucuses, Forgey added, though she is currently working for the party.

“No staffer working at the Nevada Democratic State Party is affiliated with any campaign, and no one person has the ability to affect results,” she said Sunday. “We have many former campaign staffers and volunteers working to protect the integrity of this caucus, including people from (Sen. Kamala) Harris, Sanders and (Sen. Elizabeth) Warren’s campaign — it is not unusual or uncommon for this to happen.”

Goldman’s primary role will be assisting the party ahead of the general election in November, Forgey said.

“Everyone working at NV Dems now has the same job: executing the most transparent, accessible and expansive caucus in the country,” she said.

“We’ve spoken to the Nevada party, which has assured us that (Goldman) does not have decision-making authority over the caucus count,” Shakir said. “Please know we are working hard with the party to get every assurance that (the) mistakes of Iowa are not repeated.”

The online flurry comes as the state party is working behind closed doors to form a backup plan for reporting caucus results and training hundreds of volunteers to execute it.

Early caucusing runs from Saturday through Feb. 18. Preference cards from that period will be added to the caucus results generated on Feb. 22 to determine how many delegates each presidential candidate will earn from the Silver State.

The party revealed Tuesday it was abandoning two apps it had developed by Shadow Inc., after learning the company developed a similar app that malfunctioned during the Iowa caucuses.

On Friday, the Democrats announced they would not be using any apps on caucus day or during early voting.

Over the weekend, the party held a series of training sessions for volunteers.

CBS News reported that anonymous Democratic sources said volunteers were trained on a new “tool,” which the sources stressed was not an app, to record preferences during the early caucuses. These preferences can then be used on caucus day to factor in the total support for a candidate and ultimately reward delegates.

When asked if the Democrats planned to demonstrate its caucus procedures for the public or the presidential campaigns next week, Forgey said the party is “working 24/7” to ensure what happened in Iowa does not happen in Nevada. She said the party will update the public as soon as plans are finalized.

One staff member from a presidential campaign’s local arm said the hiring of a former organizer is not as big an issue as the lack of communication between the party and the campaign. When the party does contact staff members, the communication has been “sporadic, scripted, containing little information and of limited value.”

“There’s been zero communication, zero transparency,” the staffer said. “We’re finding out more details on Twitter than we are from the party at this point.”

The party contends it has been in regular contact with the campaigns since Iowa.