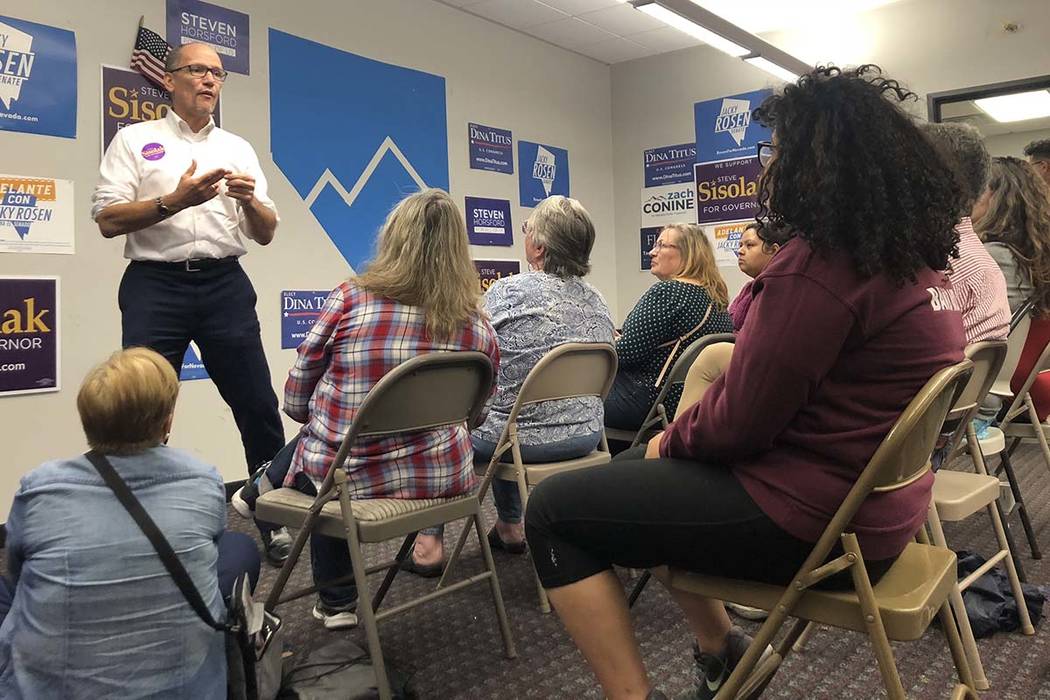 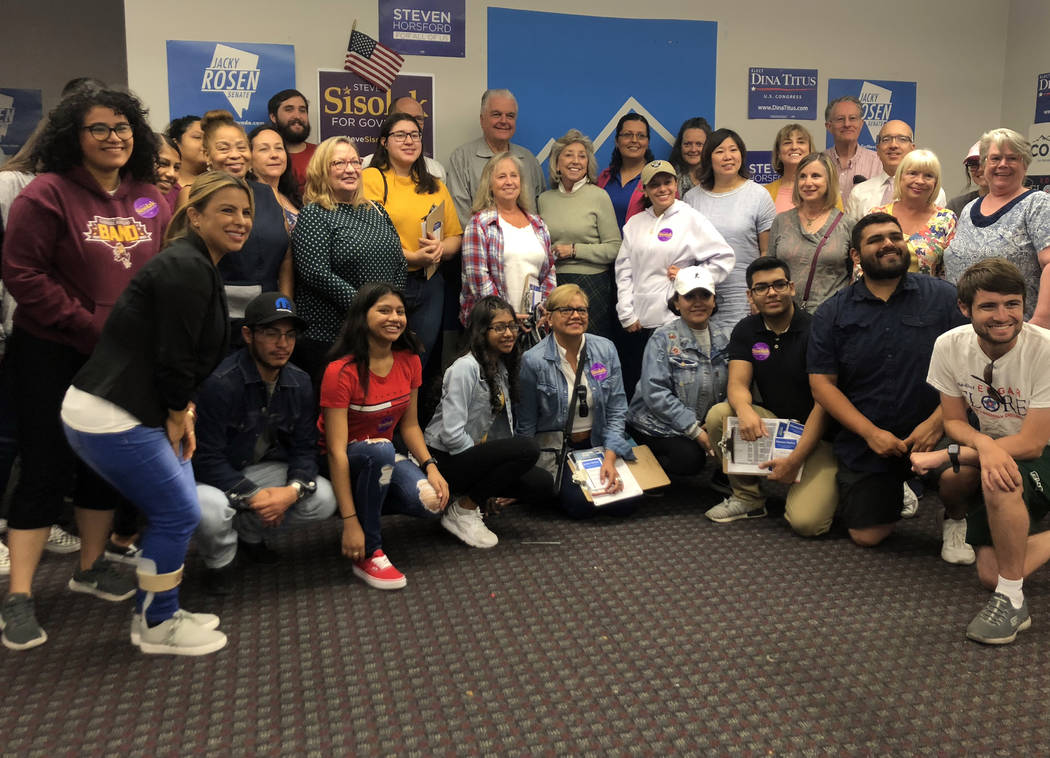 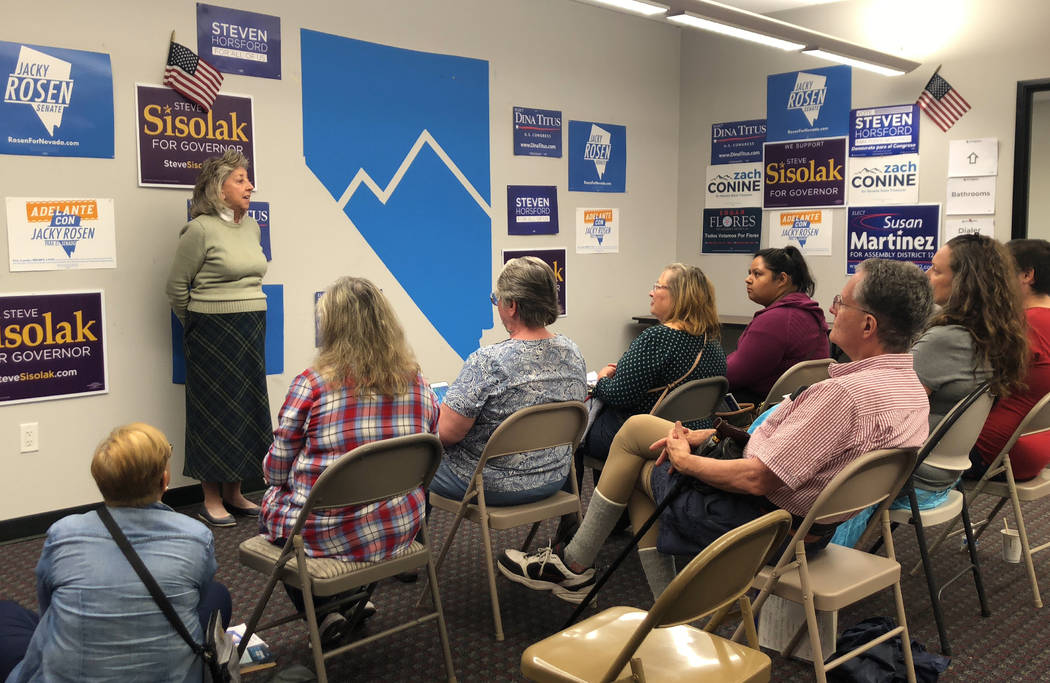 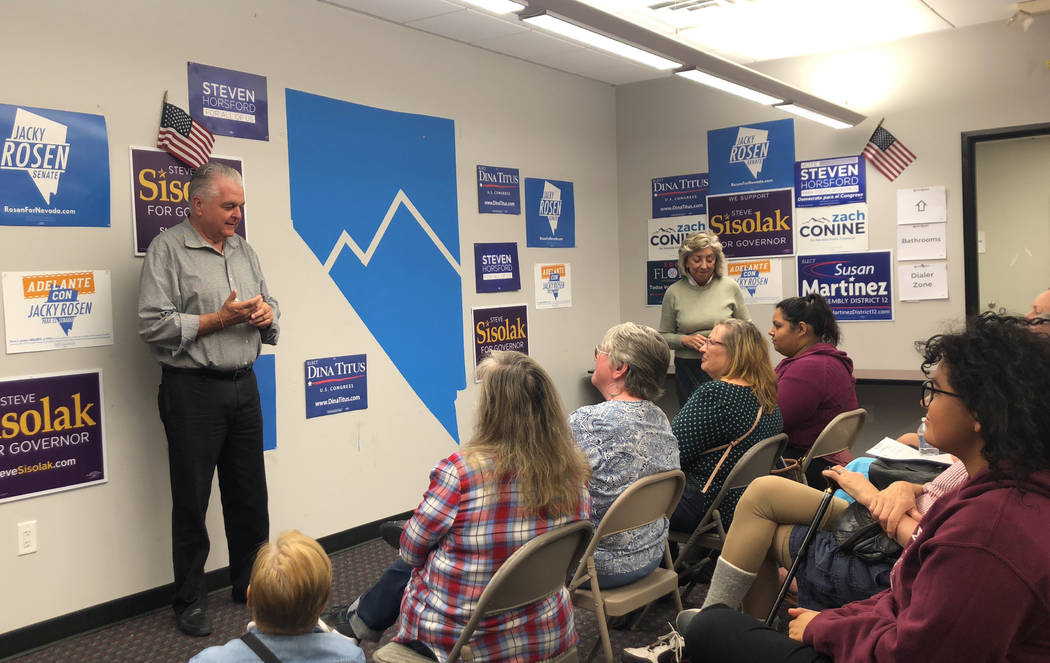 Jocelyn Hoffman had gotten little sleep the night before, arriving home about midnight after a full day of visiting east Las Vegas neighborhoods and encouraging people to register to vote.

But there was more work to be done Sunday, the 19-year-old said, with early voting less than a week away. Sunday’s goal: knock on 200 more doors.

“This is one of the most important Senate races that Nevada has ever seen,” she said.

By 9 a.m., Hoffman was back in the Nevada State Democratic Party’s pop-up office near Bonanza Road and Lamb Boulevard, an area with a large Hispanic population. Hoffman, along with about 20 other volunteers, was awaiting a visit from Democratic National Committee Chairman Tom Perez and Vice Chair Rep. Grace Meng, Democratic gubernatorial candidate Steve Sisolak and Rep. Dina Titus.

The four had a day packed with events scheduled across the valley, with the goal of energizing Nevada voters and reaching out to minority communities ahead of early voting, which begins Saturday. Later Sunday, they were to be joined by Rep. Jacky Rosen, who is challenging Republican Sen. Dean Heller.

The volunteers clapped and cheered as Sisolak introduced the next speaker. Perez, the DNC chairman, had a hop in his step as he made his way to the front of the room.

“We need Steve Sisolak. We need Jacky Rosen. We need Aaron Ford. We have an opportunity,” he said.

“Nuestro voto es nuestra voz,” he yelled. “Our vote is our voice.”

The pep talk was over by 10:20 a.m. Immediately after, Hoffman set out on her 200-door goal, but not before telling the Las Vegas Review-Journal, “This election is important, especially for the east side — the Latino community, really.

“People who can vote need to vote for the 15- and 16-year-olds who can’t vote yet but who will be affected by the outcome of this election in a few years,” she said. “One vote is a vote for a student or person who can’t vote.”

Then Hoffman left, with a handful of pens and a clipboard.