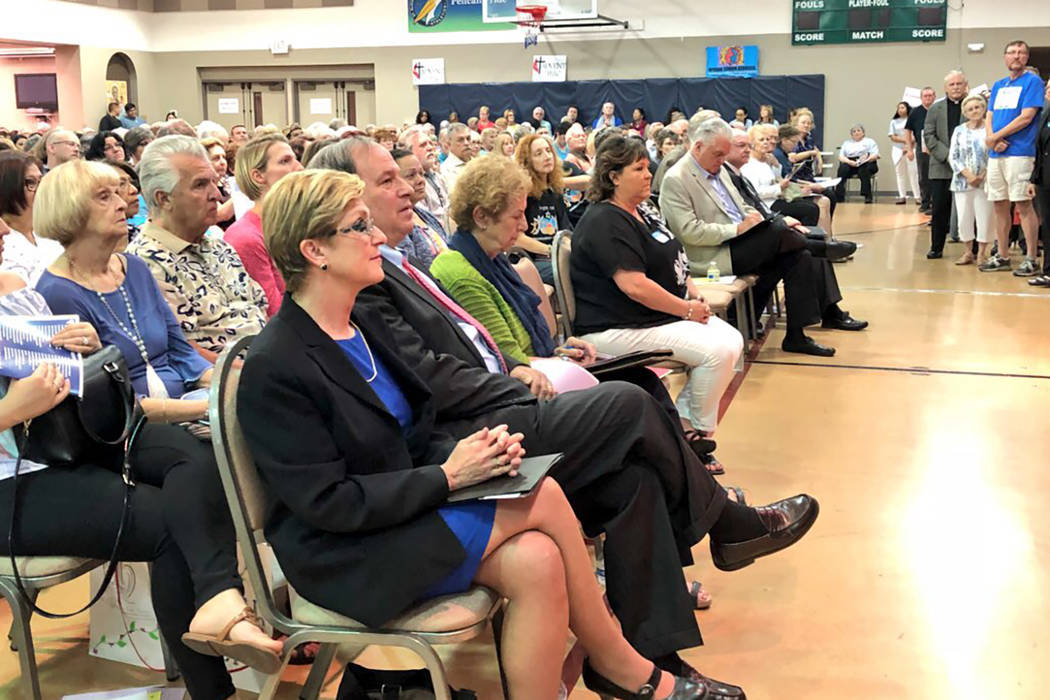 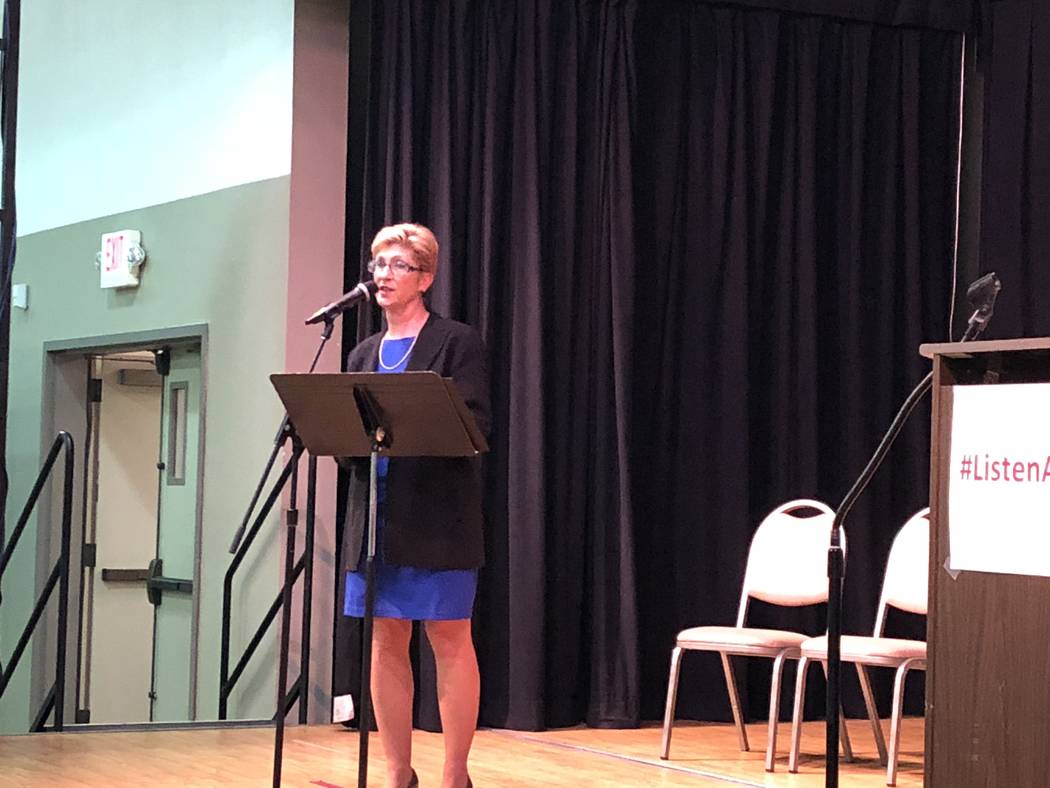 Clark County Commissioner Chris Giunchigliani speaks to the crowd of nearly 600 attendees at a forum Tuesday hosted by Nevadans for the Common Good. 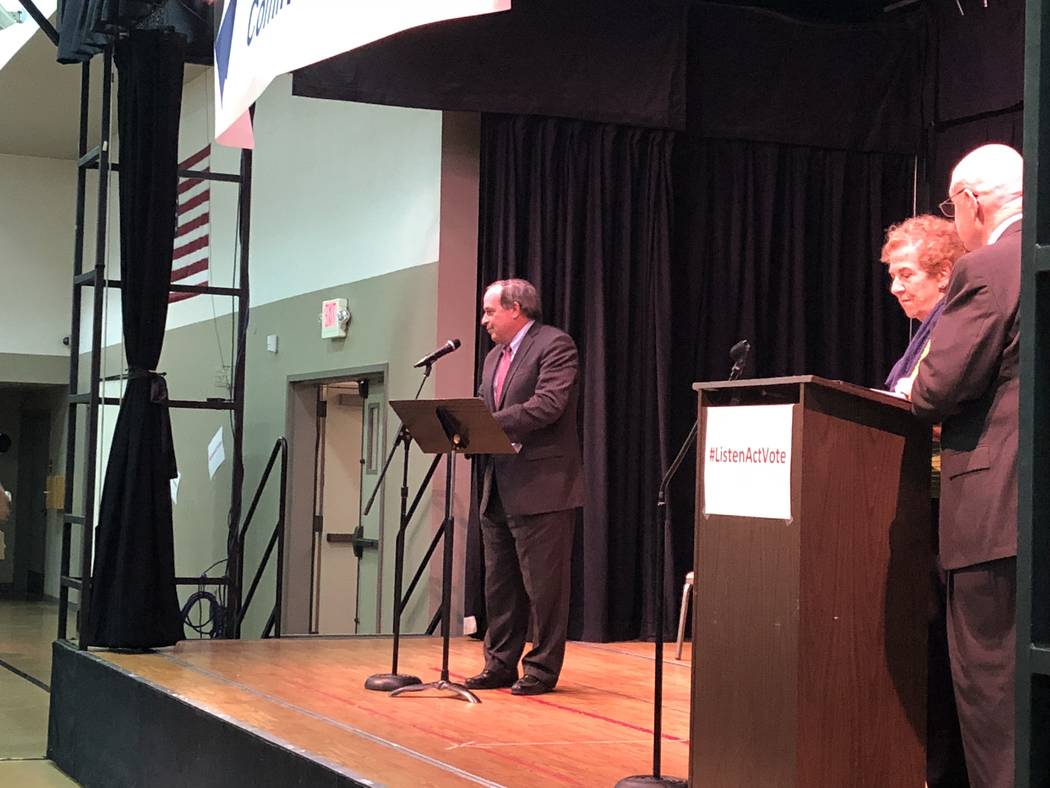 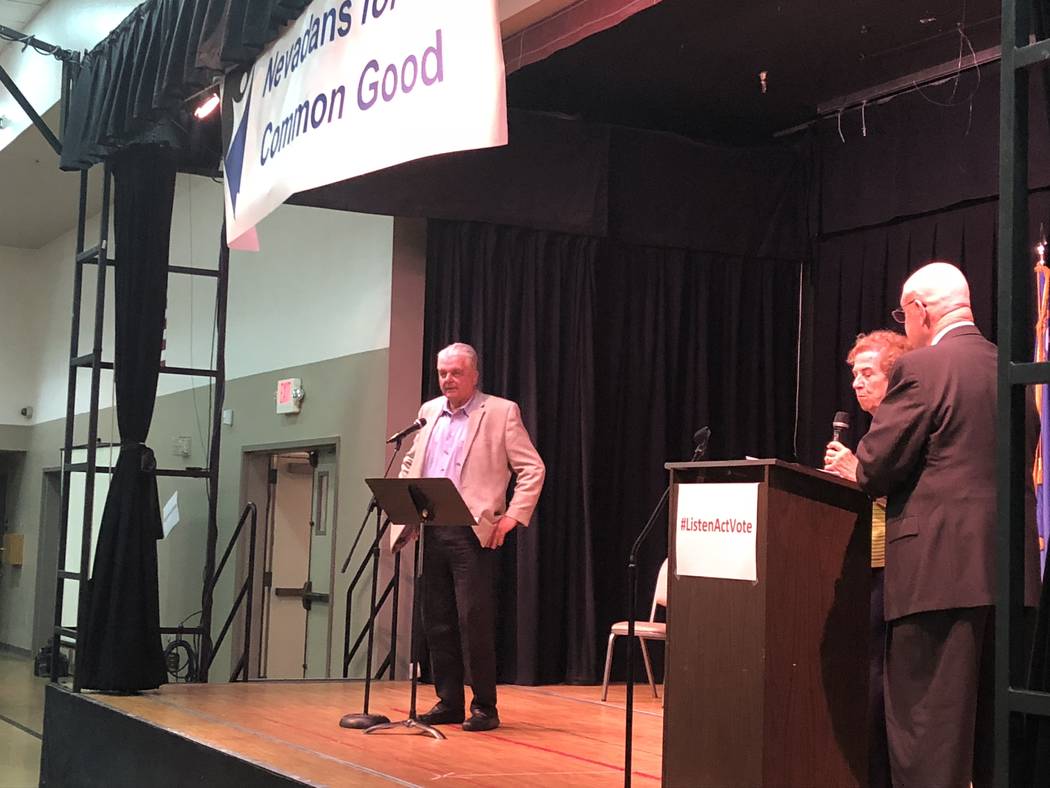 Clark County Commissioner Steve Sisolak speaks to the crowd of nearly 600 attendees at a forum Tuesday hosted by Nevadans for the Common Good.

A forum featuring three of Nevada’s gubernatorial candidates covered several topics Tuesday night in Las Vegas, but it did little to move the needle for some voters.

“They all said the same thing,” said Cheryl Rosenzweig, a physical therapist who has lived in Nevada for 21 years. “It was hard to distinguish between them, and I’m not really sure what the difference is.”

On health care, all the candidates said they would maintain current Medicaid benefits in Nevada and fight efforts to roll back coverage. Giunchigliani said she also supports universal health care.

“Health care is a right, not a privilege,” she told the crowd of nearly 600. “I will fight Trump and anybody trying to roll back the (Affordable Care Act). We need to move toward universal health care, and I plan on doing that as governor.”

The candidates were asked if they would ensure tax revenue from recreational marijuana sales goes to public education. The question opened a can of worms about the controversial Raiders stadium planned near the south Strip.

All three candidates said they support ensuring the money goes toward education, but Schwartz pointed to the stadium — supported by Sisolak — as an example of wasted tax dollars that could be used to improve schools.

“We are not near the bottom. We are at the bottom of this country’s schools,” Schwartz said. “Why are we spending $750 million to build a football stadium?”

Sisolak fired back, saying the stadium is expected to bring 45,000 new jobs and $35 million in annual tax revenue to the state.

“That could go for education or other purposes,” Sisolak said. “It’s a win-win for everyone that’s involved.”

All three candidates said they support improving transportation services in Nevada, though Schwartz argued that a new source of revenue might be needed, such as raising taxes. He said Nevada is “broke” as a state and “there is no room for expansion.”

On the topic of affordable housing, Schwartz suggested looking for new revenue sources, while Sisolak proposed acquiring federal land and working with homebuilders to sell them the land at a reduced rate. Giunchigliani suggested cutting red tape for developers and streamlining the building process.

The candidates all said they would work to improve public transportation and support immigrants.

Though the candidates’ positions seemed similar, Rosenzweig said, she’s leaning toward Giunchigliani. “I’m in favor of getting more women into public service and public positions,” she said.

There are six Democrats and seven Republicans running for governor. The primary election is June 12.