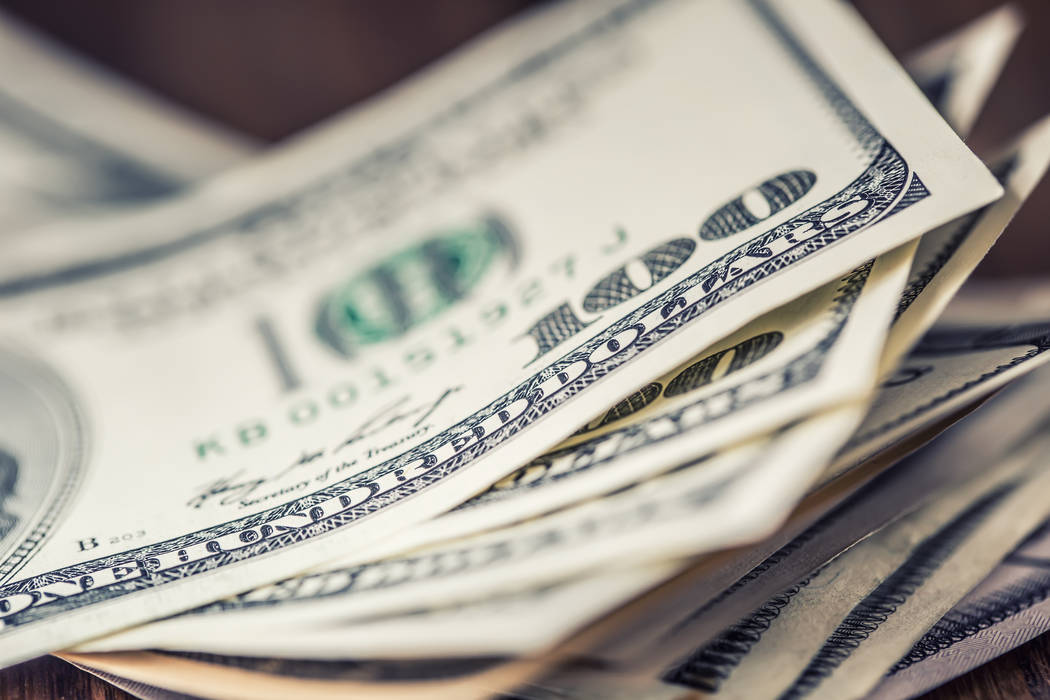 CARSON CITY — If Nevada was forced to run solely on its rainy day funds starting Monday, the state government would be out of money and shuttered by lunchtime Thursday, according to a study of states’ financial stability released last week.

The study conducted by the nonprofit Pew Charitable Trusts found that Nevada had just $39 million in its rainy day funds for fiscal year 2017, and ranks 44th out of 50 states in the U.S. in terms of how long its government could operate solely on just reserve funds.

Alaska and Wyoming lead the rankings, with each having enough in their rainy day tanks to run their respective governments for more than a year.

Meanwhile, Nevada, at 3.6 days worth of reserve funds, was one of eight states that would last less than a week. Three states — Kansas, Montana and New Jersey — had no reserve money at all. The median time for all 50 states was 20.5 days.

While it’s unlikely that any state would be forced to run entirely on its reserves for any real length of time, the analysis paints a grim picture of what could happen to Nevada if it were hit by another economic downturn like was seen during the Great Recession.

The funds in those accounts are used to help offset revenue shortfalls and alleviate the need for spending cuts or layoffs during times of economic hardship.

Robert Fellner, director of policy for the Nevada Policy Research Institute, said Nevada’s poor ranking is reflective of a “tax-and-spend mentality,” noting attempts by Gov. Brian Sandoval and the Legislature to increase funding for K-12 education, including the 2015 commerce tax.

The state, Fellner added, “needs to get spending under control.”

In 2007, the state had nearly $270 million in reserve — enough to run the government for 27 days. Then the recession hit. And by 2010, the rainy day account was completely dry.

The state tried over the next several years to bring the account balance up, but with financial strains across the state, the fund was empty again in 2015 and 2016.

“Every time we put a dime in there,we had to pull it back out just to keep the government running,” said Mike Willden, chief of staff to Gov. Brian Sandoval, who took office in 2010.

But things look brighter for the state going forward.

Willden said the state ended fiscal year 2018, which concluded June 30, with roughly $180 million in the rainy day fund, which is good for about 14 days worth of government funding. And he said the current balance is about $221 million (or roughly 17 days).

Part of that has been major contributions from the nascent recreational marijuana industry in Nevada. Marijuana taxes have put roughly $4 million into the account every month since sales began in July 2017, Willden said.

And as Sandoval rounds out his second and final term this year, Willden said the goal is to bring the rainy day fund back to pre-recession levels.

“We would hope that when the new governor comes in, whoever that may be, that they’ll come into a situation where we’ve built some reserves and built some stability in government.”