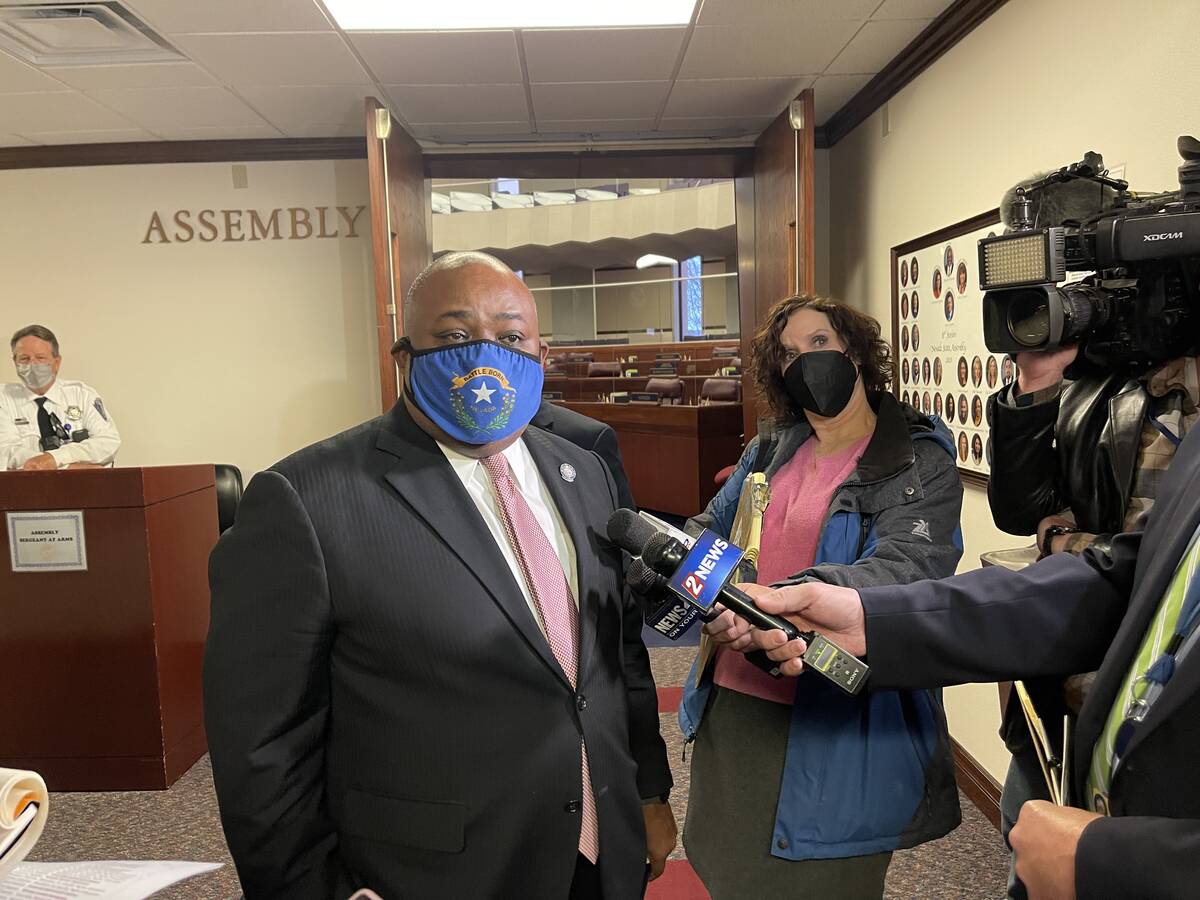 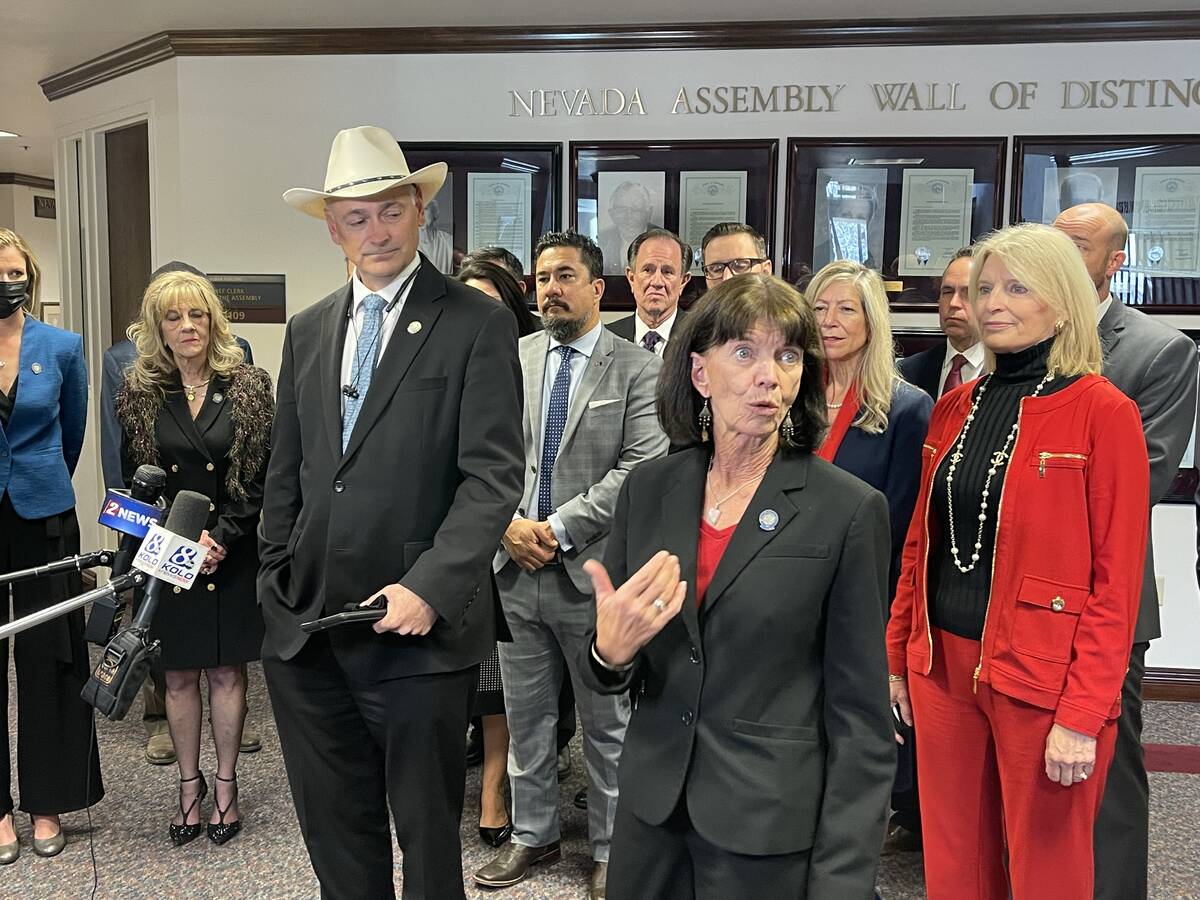 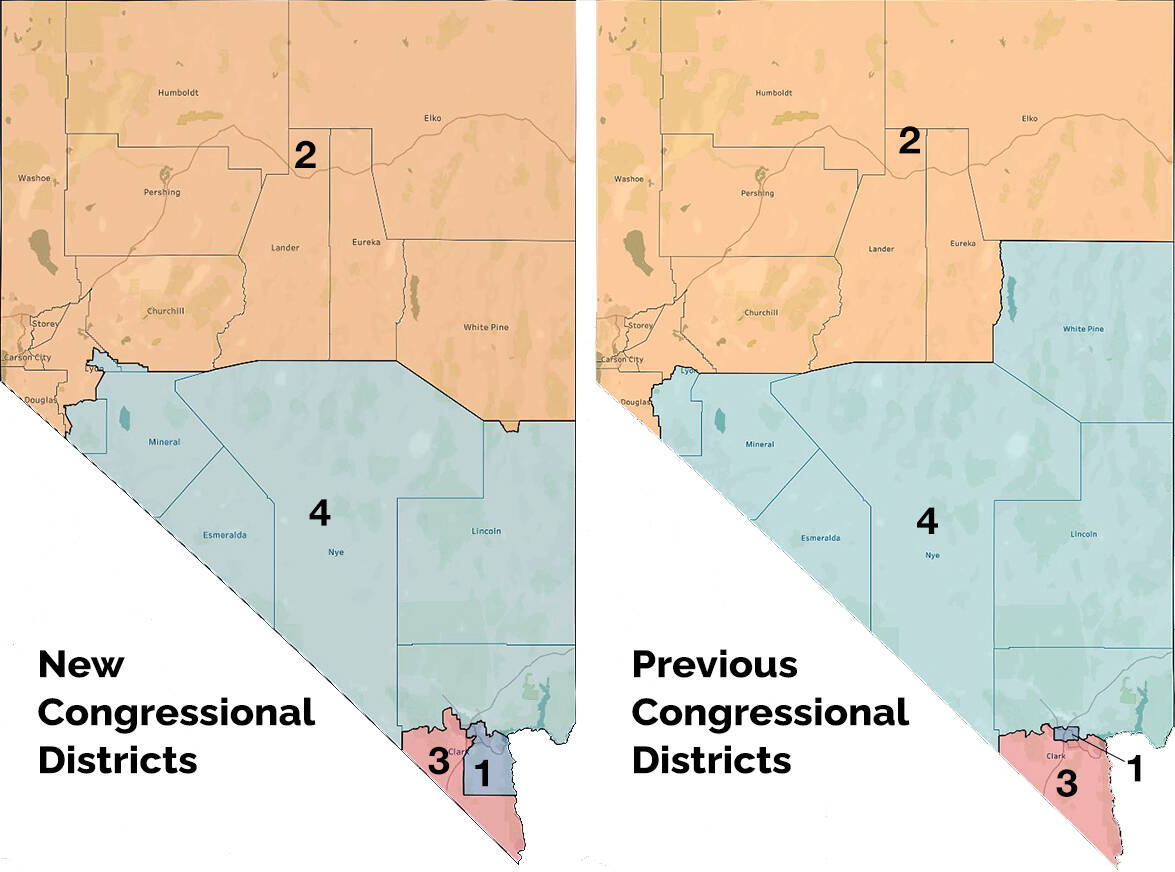 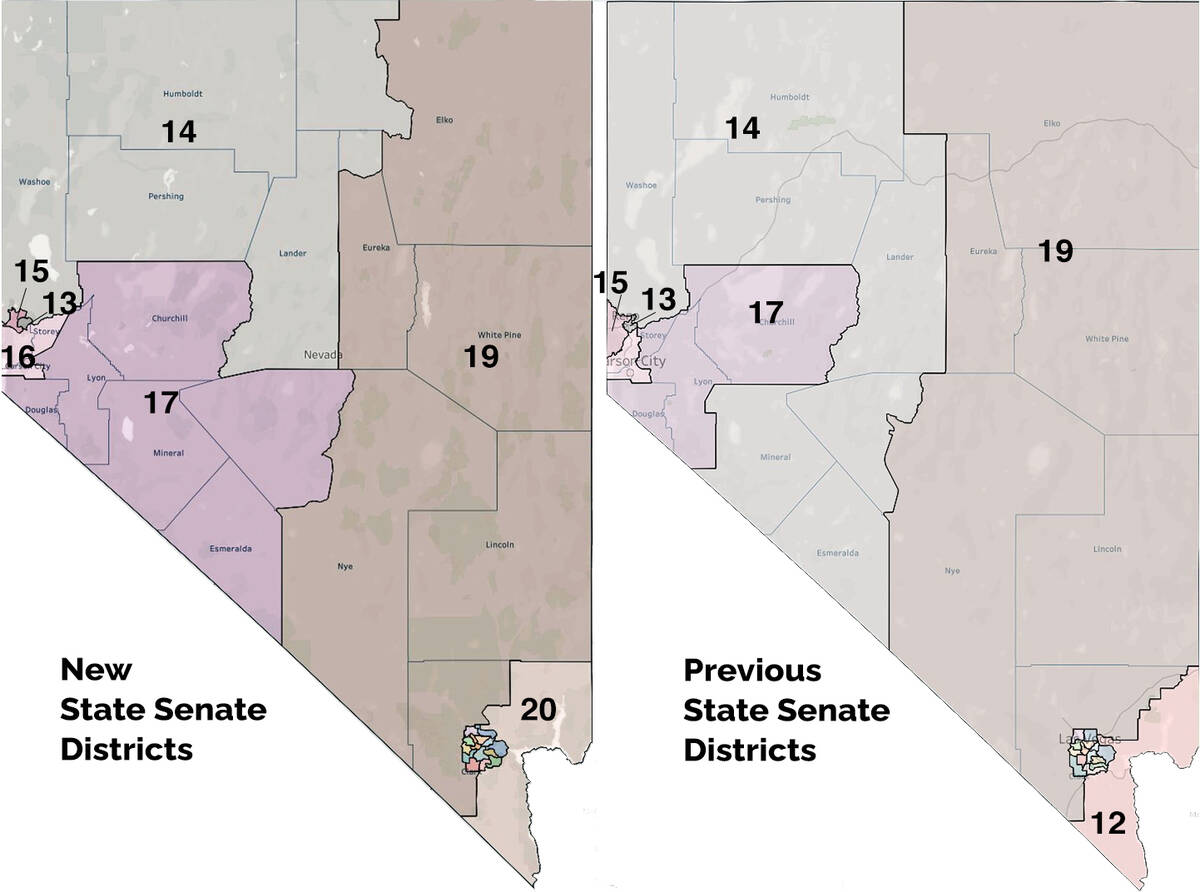 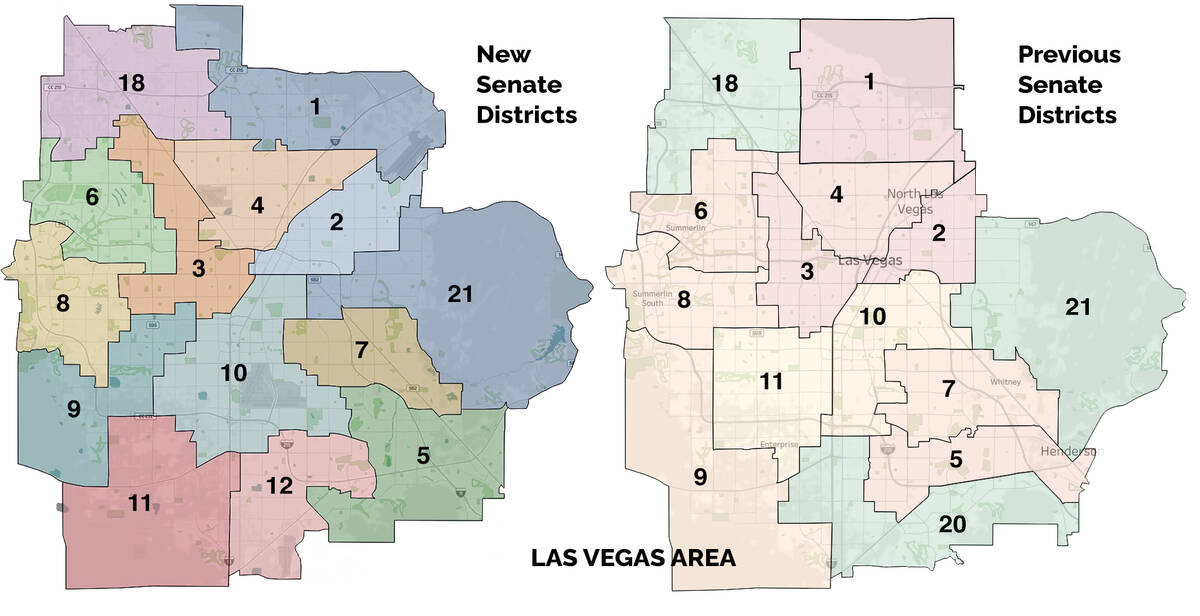 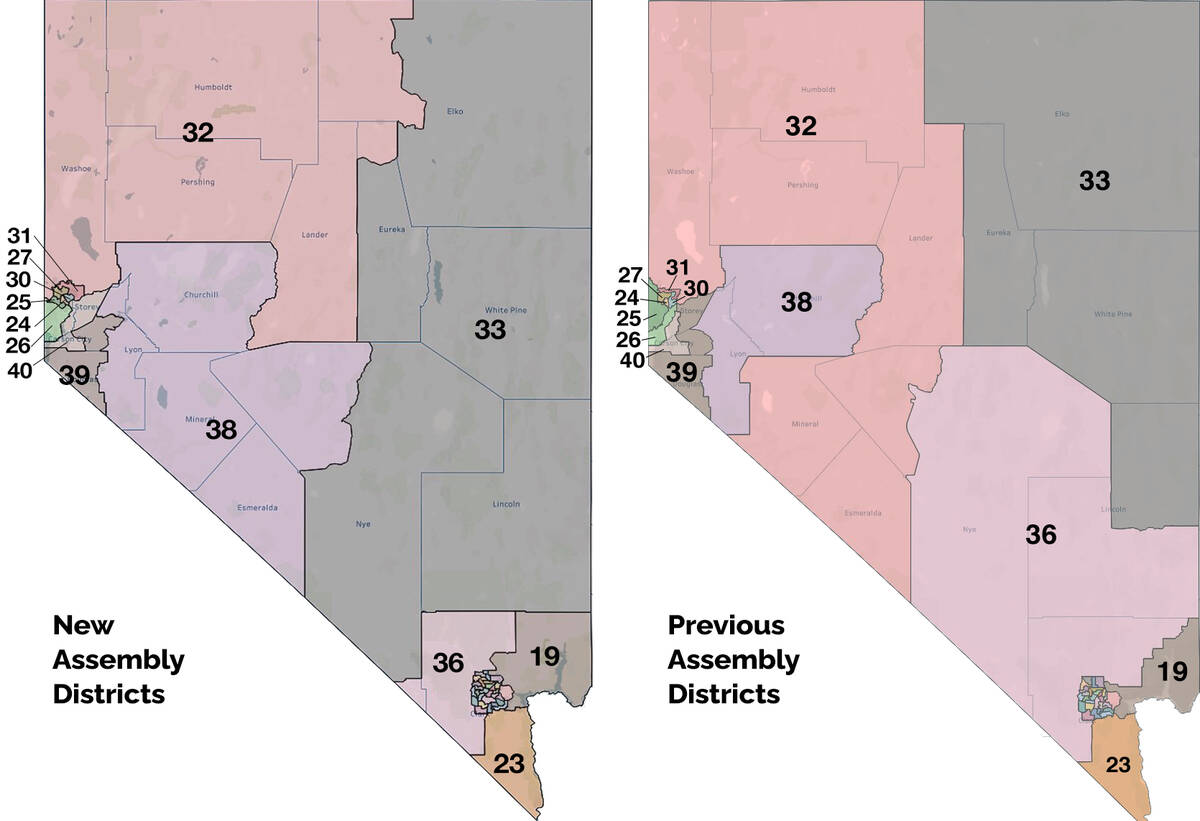 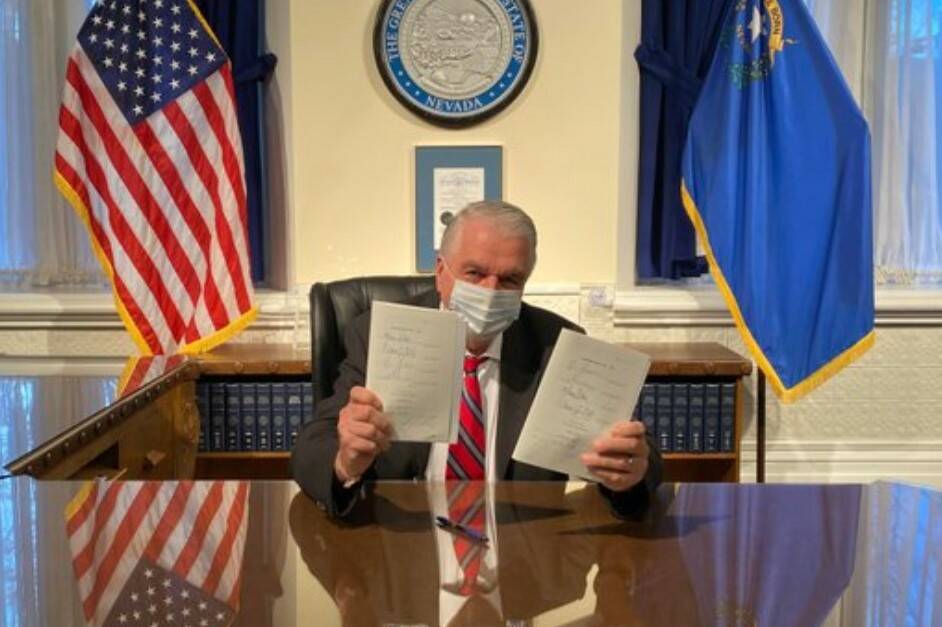 CARSON CITY — A Democratic-backed redistricting plan, widely derided by Republicans and Hispanic and Latino groups, was signed into law by Gov. Steve Sisolak on Tuesday, hours after it passed the Legislature with final votes in the Assembly and Senate.

“These maps reflect Nevada’s diversity and reflect public feedback gathered throughout the legislative process,” the governor said in a statement on the signing.

The final votes came within minutes of each other Tuesday morning, first in the Assembly, where one Democrat, Latino Assemblyman Edgar Flores, D-Las Vegas, broke with his party to join the Republican minority in opposing the plan. The Assembly vote on Senate Bill 1 was 25-17, with almost all Republican members rising to speak out against the measure.

“I believe I’m the only person in this room that has a license to dissect human beings,” said Republican Minority Leader Assemblywoman Robin Titus, R-Wellington, who is a doctor. “But I will tell you, SB1 dissects families, cultures and communities without remorse.”

Within minutes of Assembly passage, the Senate voted to concur on the amended plan on a voice vote. The five-day special redistricting session adjourned around midday.

“We did what we set out to do, and that is advance maps that reflect our state and do it in a fair and lawful way,” Assembly Speaker Jason Frierson, D-Las Vegas, said after session.

The new district lines draw on the latest census figures. Nevada saw a 15 percent increase in population over the past decade, with the white population dropping from roughly two-thirds to one-half. Urban populations increased slightly at the expense of rural communities.

As measured in the census, Nevada’s Hispanic and Latino population now represent 29 percent of the total; Blacks are 12 percent; Asians, Pacific Islanders and Native Americans are a combined 16.5 percent. By census metrics, Nevada is the third-most diverse state in the country behind Hawaii and California.

In committee testimony during the five-day session, however, Hispanic and Latino groups panned the Democrats’ plan for distributing their voting strength over many districts instead of concentrating it in specific areas. None of the state’s four congressional districts under the Democrats’ plan is more than 40 percent Hispanic, but four Senate districts and seven Assembly districts are.

A competing redistricting proposal from the Republican minority, while also improving their party’s numbers in legislative districts, included Hispanic representation of more than 40 percent in one congressional district, five state Senate districts and 10 Assembly districts.

“We believe that we have done right by the community and made sure that we did it across the board in a way that benefited the entire state and the community,” Frierson said. “This process is not a perfect one and we do the best we can, but we have parameters in advancing maps, and we believe that we’ve done that and done right by reflecting the diversity of our state.”

Frierson added that he expected legal challenges to the approved district maps because “that’s the nature of things across the country.”

Senate Majority Leader Nicole Cannizzaro, D-Las Vegas, said the approved maps “reflect the diversity of this state. We have increased the number of opportunity districts and the number of majority non-white districts, and we’re really pleased to see that happening because that’s exactly what’s happening in Nevada.”

The other redistricting bill, Assembly Bill 1, which covers districts for the 13 seats on the Nevada System of Higher Educations Board of Regents, passed in the Legislature without controversy and was signed Tuesday.