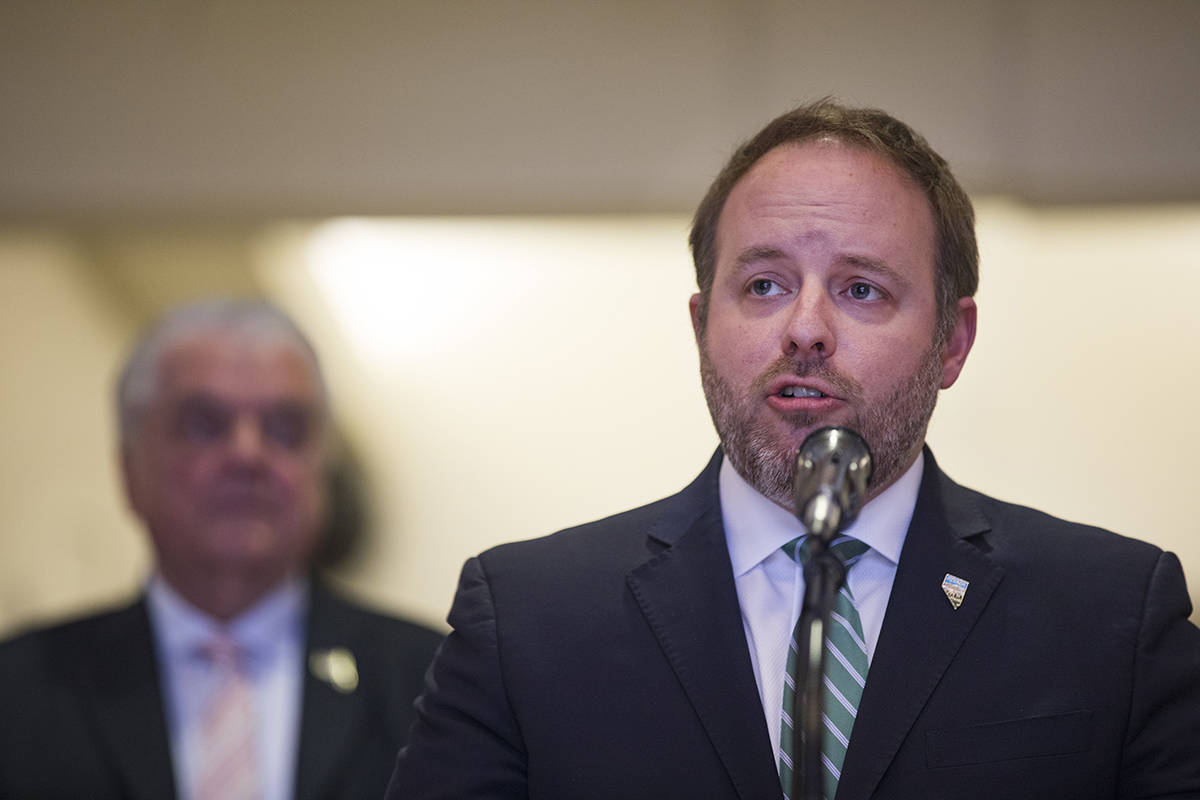 The state of Nevada will launch a 75-day listening tour on Tuesday to gather suggestions on how to spend the $6.7 billion — some 150 percent of what the state normally spends from its general fund in a whole year — in money awarded by the federal government as part of the American Rescue Plan.

Conine said state executives, including himself and Gov. Steve Sisolak, as well as Nevada legislators and its congressional delegation will begin holding events in cities throughout Nevada with the goal of reaching as many citizens as possible for input on the “generational” investment awarded through the most recent COVID-19 stimulus package.

The first event will feature Gov. Steve Sisolak, Rep. Dina Titus and Conine on Tuesday, but its exact time and location were not shared publicly. The governor’s office released a launch video in tandem with the announcement.

The state is also soliciting ideas through an online form available on the treasurer’s website. The office has already received hundreds of responses, ranging from specific requests for programs or investments with dollar figures attached to general suggestions like improving health care or education funding, Conine said.

Conine said the state will begin packaging ideas together into plans with related topics, which will be shared as they’re put together over the next year or so. The state has until Dec. 31, 2024 to allocate funds and Dec. 31, 2026 to actually spend them.

This $6.7 billion figure does not include direct payments, child tax credits, Medicare support and other money given to individual Nevadans by the federal government. Of the $6.7 billion, $1.1 billion will be directly routed to city and county governments and $2.9 billion is earmarked for specific programs.

Some of the money has already been allocated in the previous legislative session — the state’s planned overhaul of its unemployment system, for example — and some $335 million will go towards paying back federal funds borrowed to cover unemployment insurance. The state will also put some away in case the state’s revenues fall below expectations.

Conine is hoping to partner with every municipal body — and was not aware of any that had yet turned him down — so that the local and state cash can be spent most efficiently. The money that is most restrictive, meaning it must serve certain functions and has more rules for its use, should ideally be used first, so that the state has more freedom with the remaining money to tackle issues that may not have been earmarked by the feds.

“If a small town somewhere is looking to fix the broadband in their community, we would like to work that into the state’s larger plan to fix broadband, as opposed to having 17 plans to fix broadband,” Conine said as an example.

A special session of the Legislature may be required if any of the spending plans require a change to state law, he added.

Church leaders, chambers of commerce, union leaders and other community leaders will also be targeted through the listening tour, with the hope they will help the state reach communities of color, rural areas and other people who may not actively participate in government as often.

The state has contracted Purdue Marion & Associates, a Las Vegas public relations firm, to help coordinate the various listening tour events and will hire a second contractor to assist with the allocating of funds to various programs, Conine said.