The Centers for Medicare and Medicaid Services notified the state that it would receive the redistribution of unspent funds, which should allow Nevada to provide Children’s Health Insurance Program services through January.

Nevada was expected to run out of CHIP funds around Dec. 15, prompting Gov. Brian Sandoval and the state’s bipartisan congressional delegation to urge quick action to reauthorize the program.

Last week, the state’s House delegation fired off a letter urging the administrator of the Centers for Medicare and Medicaid Services to send $11.3 million in unused funds to the state to keep the health program for low-income children operating until February.

The House passed a CHIP reauthorization bill along party lines that changes the program. A Senate verson would extend the current program for five years.

“It is unconscionable that even one child would lose health coverage due to congressional inaction,” said Rosen. She said she was grateful the CMS funded the Nevada CHIP program until early next year, but said she would continue to push congressional leadership and the administration to reach a long-term solution.

CMS has nearly $3 billion in unspent CHIP dollars to redistribute to states. It began redistributing those funds this week.

The House voted 242-117 earlier this month to reauthorize the CHIP over objections by Democrats that the bill would cut funding for preventive measures and screenings.

“This disastrous CHIP bill I opposed in the House earlier this month has no chance of passing in the Senate,” Titus said.

Titus, who as a state senator helped create the Nevada Check UP program, said the House bill would cost Nevada $1.7 million in annual funding for services like cancer screenings, opioid addiction treatment and childhood vaccines.

Nevada Gov. Brian Sandoval, a Republican, has urged Congress to reauthorize the current program, which ended Sept. 30, the end of the 2017 fiscal year.

CHIP was created 20 years ago to provide health coverage for vulnerable children in families that were too poor to afford private coverage, but still didn’t qualify for Medicaid.

Hatch and Sen. Ron Wyden, D-Ore., the ranking Democrat on the Finance Committee, have filed a bill in the Senate that would reauthorize CHIP in its current form for five years and keep federal funds flowing to states, which provide a match.

The Senate has waited for the House to take up its version of the reauthorizing legislation. If the bipartisan Senate bill is passed, differences in the two pieces of legislation would be ironed-out by a House-Senate conference committee and a final bill would need to be approved by both chambers. 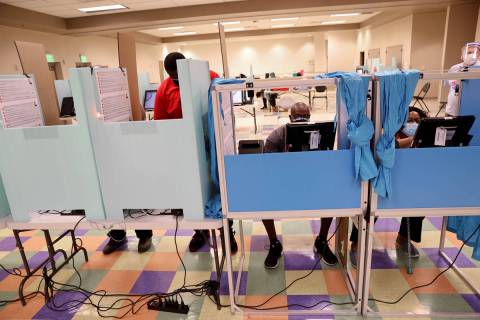