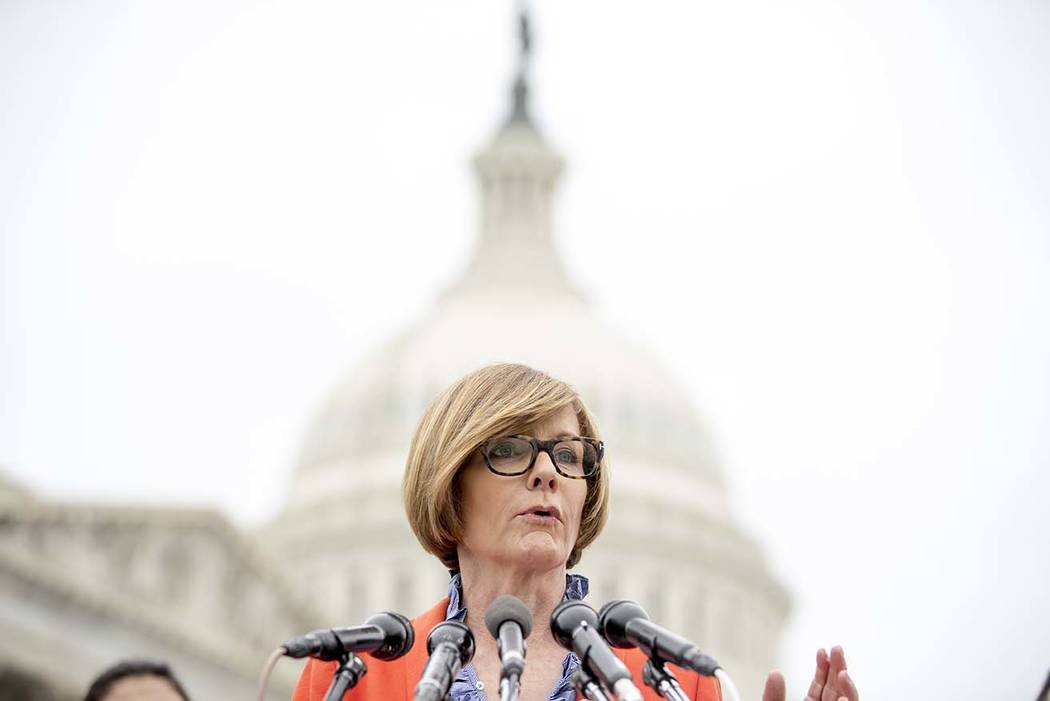 The group, the House problem solvers caucus, is dedicated to finding bipartisan solutions on issues that both Democrats and Republicans can accept. The group, which has approximately 50 members equally divided between the parties, announced its leadership and members, including Lee, a Democrat, this week.

“She isn’t here to play partisan politics, but instead came to sit down and have conversations with anyone who will listen about improving the lives of the American people we all care about,” Reed said of Lee in a statement.

Lee was elected in November to succeed Jacky Rosen, who did not seek re-election to the congressional district anchored in Henderson in order to run for the Senate. Rosen also was a member of problem solvers caucus while she served in the House.

Lee said the desire to find common ground between the parties was an important reason she decided to run for Congress.

“When I ran nonprofits, I had to look at the problems facing our community and find a path forward regardless of who was a Democrat or Republican or nonpartisan,” Lee said. “This caucus is committed to finding common ground and creating commonsense solutions.”

Gottheimer said he is ready to work with Lee and other new members to find solutions to “the biggest issues in our country, like fixing our nation’s crumbling infrastructure, lowering the cost of health care and taking care of our veterans and those serving in the armed forces.”

He added that Lee “is someone that understands that solutions to big problems take a lot of work.”