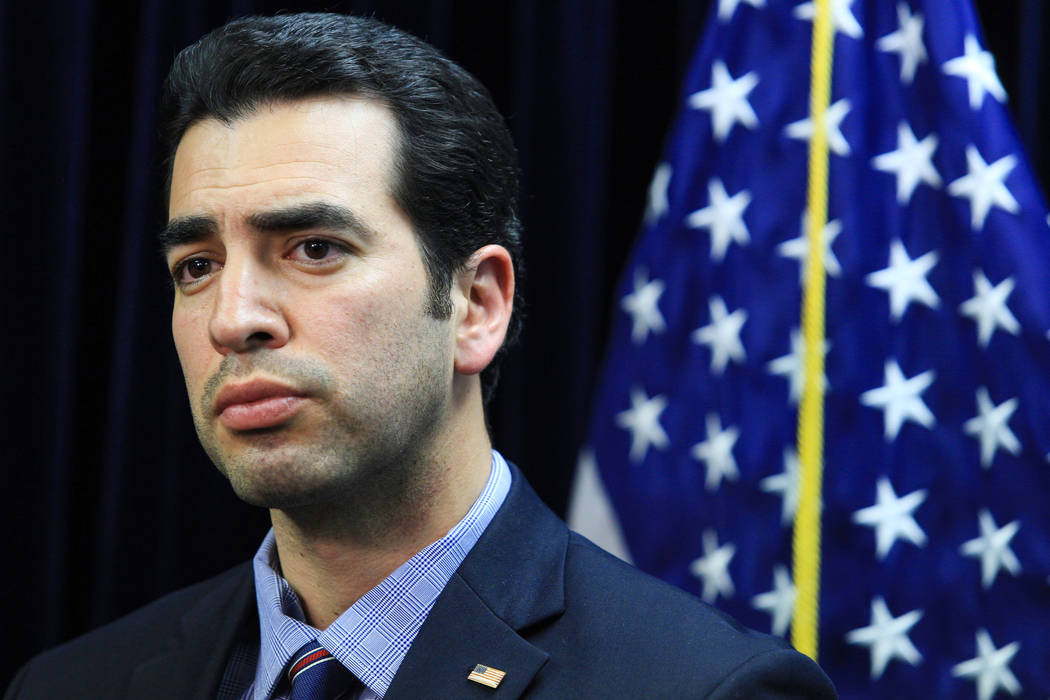 WASHINGTON — Nevada’s congressional contingent from Las Vegas are demanding to be heard at a hearing next week on proposed legislation to develop the mothballed Yucca Mountain nuclear waste repository.

The House Energy and Commerce subcommittee on environment has scheduled a Wednesday hearing to discuss proposals to develop the Nevada site for permanent storage of nuclear waste and weigh interim storage possibilities.

Rep. Jacky Rosen, D-Nev., on Friday, asked the chairman and ranking Democrat on the subcommittee if she could be included as a witness at the hearing to present the state’s opposition to reviving Yucca Mountain, which was defunded by the Obama administration.

Rosen said that because no Nevada lawmakers are on the Energy Committee, she should be allowed to testify and “explain the devastating consequences that this legislation would have.”

A spokesman for the subcommittee said witnesses will testify at the hearing on Wednesday.

The Yucca Mountain site is in the congressional district represented by Rep. Ruben Kihuen, D-Nev., who sent a letter to the subcommittee earlier this week also seeking to be a witness.

Last year, the subcommittee held a July hearing to listen to Nevada stakeholders, including former Rep. Cresent Hardy, R-Nev., about the impact on the state if Yucca Mountain were to be developed as a permanent storage site. Hardy called for continued dialogue.

Rep. John Shimkus, R-Ill., the subcommittee chairman, said then that the July hearing would be helpful in writing comprehensive legislation to address nuclear waste storage.

There are more than 30 nuclear-power generating plants nationally that have created more than 77,000 tons of waste.

Shimkus has argued that the government has neglected its obligation under the Nuclear Policy Waste Act to dispose of the waste.

Yucca Mountain was designated as a permanent site for nuclear waste disposal by Congress in 1982. More than $15 billion was spent to prepare the site, located 90 miles north of Las Vegas, to accept waste from nuclear energy-generating plants.

President Barack Obama, at the behest of then-Senate Majority Leader Harry Reid, D-Nev., defunded the program in 2012. The Department of Energy under the Obama administration declared the site unworkable.

But DOE has yet to identify another site for permanent storage.