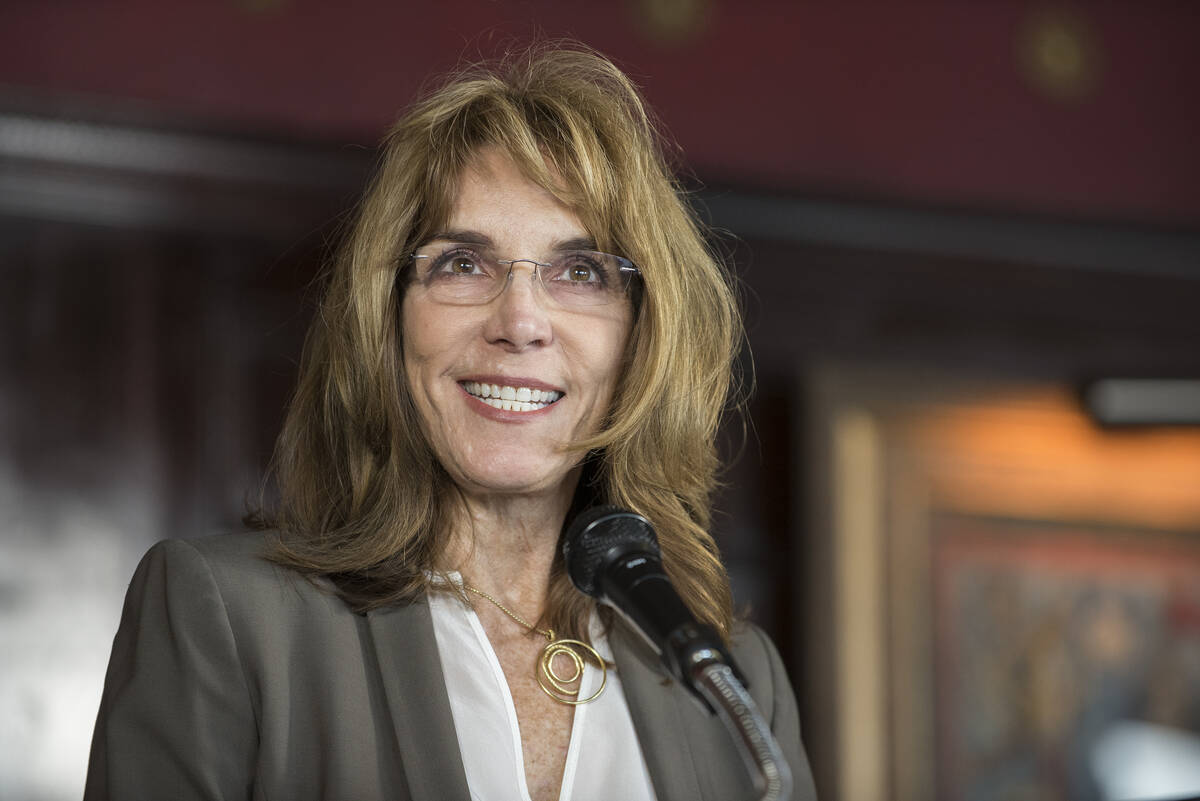 Virginia Valentine, president of the Nevada Resort Association, speaks during a news conference at Mandalay Bay in 2016. (Las Vegas Review-Journal)

A trade group for Nevada’s largest and most powerful industry is targeting state legislative races with a new PAC.

The Nevada Resort Association announced Monday the newly formed Nevada Resort PAC will put money into recruiting and supporting legislative candidates this year, from the primary to the general election.

Nevada’s resorts are frequent — and generous — campaign contributors. The PAC, a united effort between resorts in the state, has already raised more than $2 million for this year’s races.

“Nevada’s prosperity is inextricably intertwined with the success of our industry as evidenced by the devastating impact of the global pandemic,” association president Virginia Valentine said in a statement. “It’s critical that Nevada has elected representatives who value the unique role our industry plays in the economic security of every community in this state to keep our recovery moving forward.”

Valentine said the PAC will support candidates from both parties and is well-positioned to invest early in key races in the state. The group will also push industry priorities through targeted campaigns and community outreach.

Nevada casinos may be facing a gaming tax on the November ballot. An initiative to raise the tax was qualified in 2020 by the Clark County Education Association, but the union has sought to withdraw the measure as part of a deal that took place at the 2021 Legislature. But that has turned into a legal fight, as Secretary of State Barbara Cegavske has said the state constitution doesn’t allow for such withdrawals, drawing a lawsuit from the union.