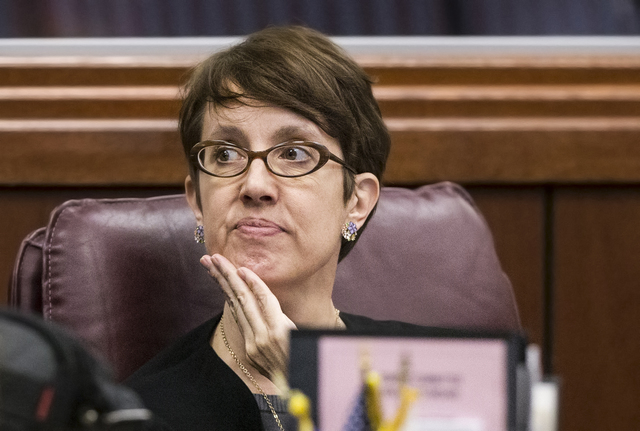 Nevada students would have the opportunity to become bilingual as part of a dual-language immersion program presented to the Assembly Education Committee.

Assembly Assistant Majority Whip Heidi Swank, D-Las Vegas, presented Assembly Bill 139 on Wednesday. It originated in the Interim Legislative Committee on Education and relies heavily on a model from Utah.

“The future our students face is not the future we grew up in,” said Gregg Roberts, the dual-language immersion program specialist for Utah who testified Wednesday. “These are truly the students we need to produce in the future.”

Utah’s program serves 32,000 students in 161 schools this year, and Roberts said he expects between 35 and 40 more schools to implement programs in the coming years. Utah students who complete the program often begin to earn foreign language college credits while in high school.

In Nevada, up to 30 elementary schools could apply for $10,000 grants from the state Department of Education to establish and support such a program in the first year. Another $300,000 would help districts develop curriculum, recruit teachers and support the schools.

Schools could pick Spanish, French or Mandarin Chinese to start, with the intent to add other languages in the future, including American Sign Language.

The money would come from the state general fund, according to the proposal.

Swank was quick to point out the program would not eliminate English from schools. The program would be voluntarily for schools, and parents whose children attend schools with programs would have the ability to ensure their children are taught only in English.

Representatives from Nevada Families for Freedom submitted a letter saying the money for the program would be better spent teaching children English.

“What about just teaching what our country uses … English! The money being spent on this experiment can be used to help our children master the language of our country! We are not a dual language country like Canada,” the letter read.

Utah’s Department of Education created a special “international guest teacher” license, Roberts said. The state has memorandums of understanding with a number of other countries that help ease the process.