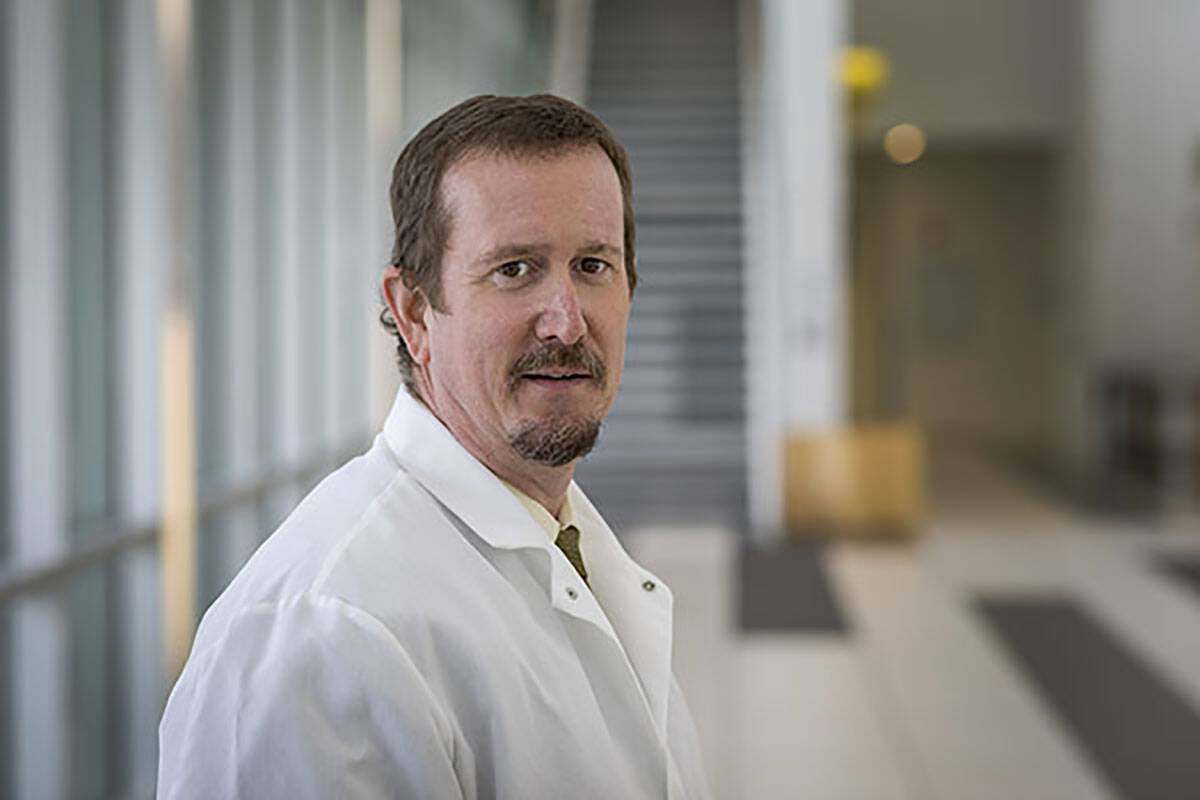 Mark Pandori, director of the Nevada State Public Health Laboratory at the University of Nevada, Reno, School of Medicine. (UNR) 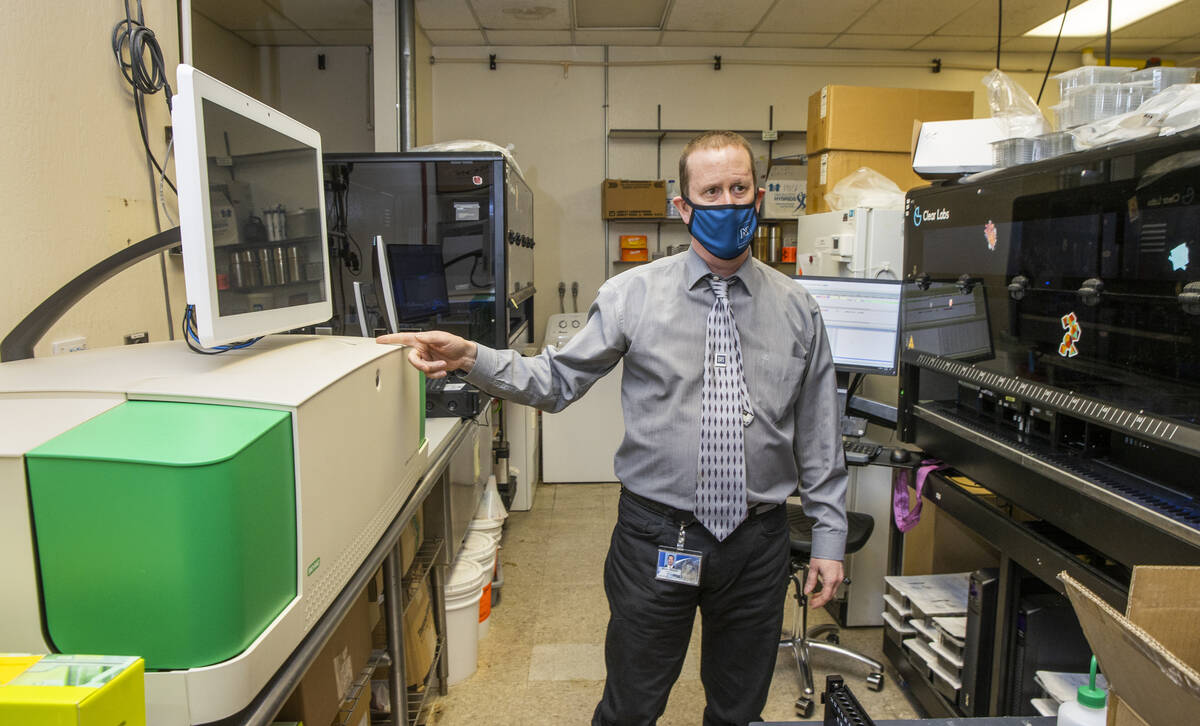 Dr. Mark Pandori, director of the Nevada State Public Health Lab, shows some of the technology on hand including two automated genomic next generation sequencers used for testing COVID-19 variants within a lab based out of UNR School of Medicine on Thursday, April 8, 2021 in Reno. (L.E. Baskow/Las Vegas Review-Journal) @Left_Eye_Images

The director of the Nevada State Public Health Laboratory is on the government’s list of possible witnesses in the high-profile criminal fraud trial of Theranos founder and CEO Elizabeth Holmes.

Nevada’s lab director, Mark Pandori, briefly served as co-lab director at Theranos, a Silicon Valley startup launched by Holmes, who claimed to have invented a revolutionary technology that could perform the full range of laboratory tests from a finger-prick’s worth of blood.

Investors gave millions of dollars to Holmes, a Stanford dropout hailed as the next Steve Jobs, and pharmacy chains lined up to use her technology.

There was just one problem: It didn’t work.

Charged with 12 counts of fraud, Holmes is on trial in federal court in San Jose, California. The 37-year-old has pleaded innocent, claiming she spent 15 years of her life pursuing a great idea that simply didn’t pan out. Prosecutors allege she knew her technology was unreliable and was duping patients, business partners and investors.

Pandori worked as co-lab director at Theranos from December 2013 until he resigned in May 2014. The trigger for his departure was a request he made that Holmes check in with the lab’s directors “before making representations to the press about Theranos’ testing capabilities,” former Wall Street Journal reporter John Carryrou wrote in his 2018 book “Bad Blood: Secrets and Lies in a Silicon Valley Startup.”

Holmes’ partner Sunny Balwani summarily rejected the request, “prompting Mark to hand in his resignation that very day,” according to “Bad Blood.” In late 2015, Carryrou wrote a series of articles in the Wall Street Journal that exposed flaws with the technology, prompting government investigations that led to the charges against Holmes.

Another excerpt of “Bad Blood” references a chain of emails in which Balwani berates Pandori and a co-lab director for an experiment to better gauge the performance of Theranos blood-testing equipment.

Pandori, who is mentioned several times in “Bad Blood” but is not quoted, declined to comment for this story.

In December 2019, Pandori joined the Nevada lab located at University of Nevada, Reno, School of Medicine, where he is an associate professor.

A key player in Nevada’s response to the COVID-19 pandemic, Pandori has led testing efforts at the state level and has increased the analysis of test samples to spot new coronavirus variants.

Holmes’ trial, which began in late September, is expected to continue into December.