CARSON CITY — Nevada registered the highest per capita incidence of reported fraud of any state in 2019, an increase in its ranking over the previous year, according to the latest federal figures.

But the state saw a decline over the same period in the per capita incidence of identity theft, the most prevalent type of fraud, dropping from second to fifth overall among the 50 states.

Nevada’s raw numbers for each category were small because of its population size. It’s the 32nd-most-populous state in the country.

But data compiled by the Federal Trade Commission from consumer complaints put the median dollar loss from fraud in Nevada at $395, second only to Hawaii by $4.

And the actual case numbers are potentially much higher. The Federal Trade Commission’s annual report on fraud and identity theft cases is only one source of data. Complaints in Nevada also get reported to state agencies such as the attorney general’s office or consumer affairs.

And in Nevada, as elsewhere, incidents might not be reported at all, either by people who are embarrassed or just don’t think to do it. 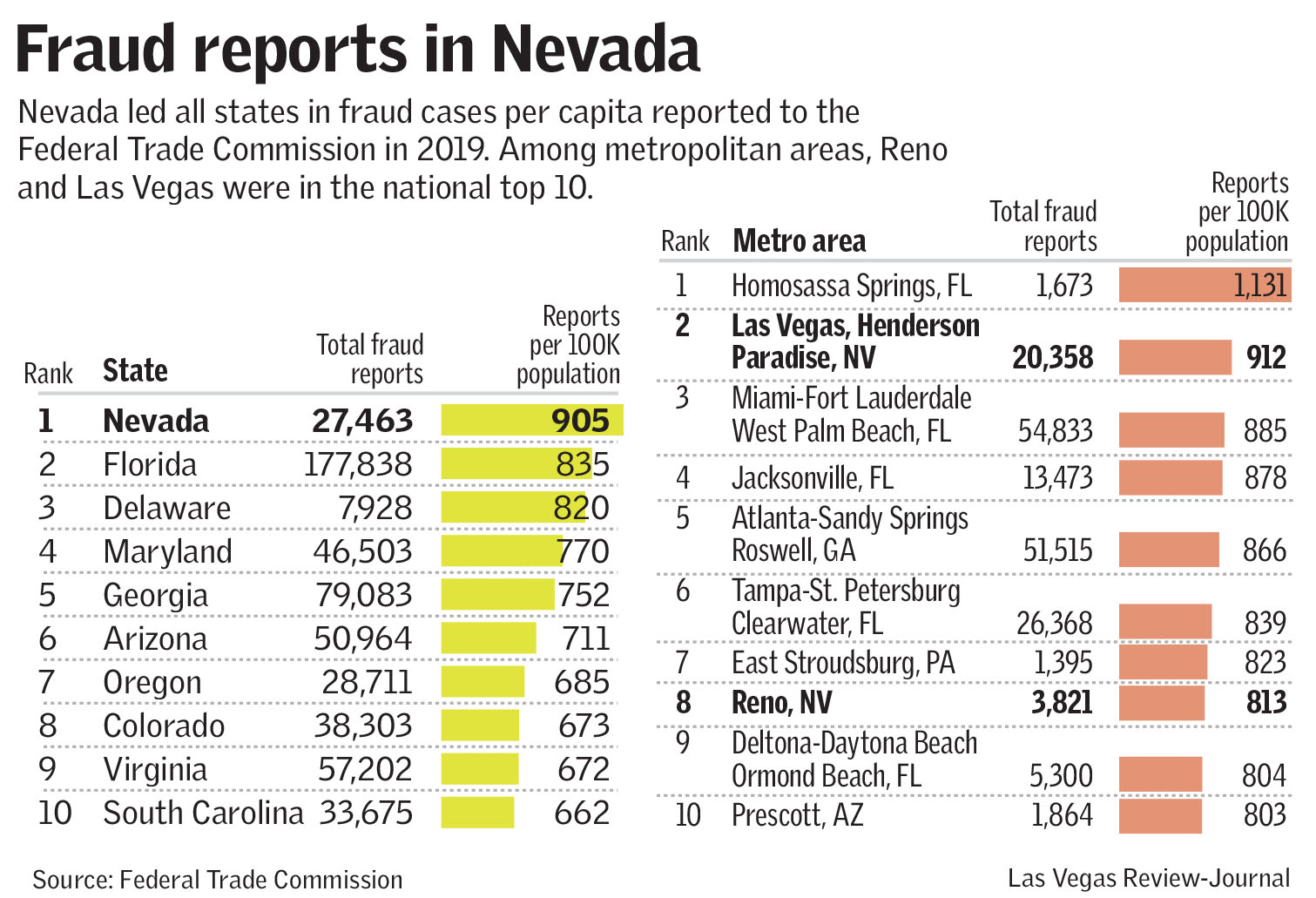 Coinciding with this week’s observance of National Consumer Protection Week, the attorney general’s office is highlighting some of the most prevalent types of scams and how consumers can minimize chances they’ll fall victim to one. The office is also urging fraud victims to make a report.

“We depend on consumers and institutions to come forward and give us information on how they’re being scammed,” said Lucas Tucker, senior deputy attorney general in the office’s consumer protection bureau. “We try to make more people comfortable with the idea of making a complaint.”

The FTC data for 2019 show the following for Nevada:

— Impostor scams were the second-highest category of fraud after identity theft, about one-quarter of all complaints. Such scams include people posing as needy relatives to the elderly, small-business owners who receive supplies they never ordered or job-seeking military vets lured into buying work equipment in employment scams.

Nevada has relatively large populations of such groups, Tucker said. Also contributing to Nevada’s high numbers: Parts of the state have fairly transient populations, he said, and the cost of obtaining a business license in Nevada is relatively low.

Scammers “will set up a sham corporation and get behind a corporate name, which makes it easier to look legitimate, even though they’re not legitimate,” Tucker said.

People can report fraud complaints to the FTC, the attorney general’s office, or Nevada consumer affairs. 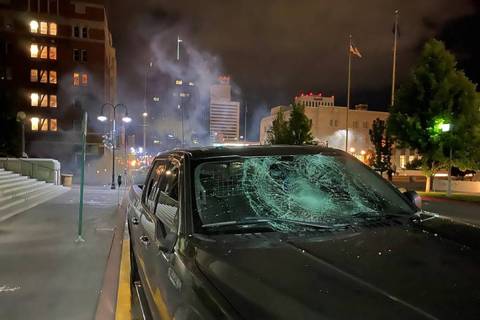 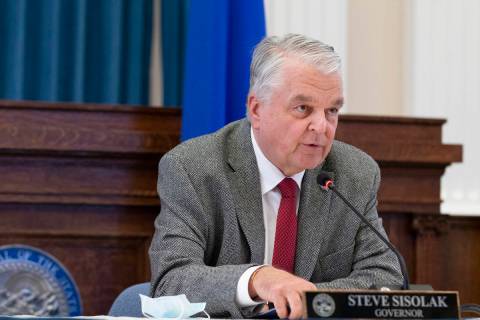 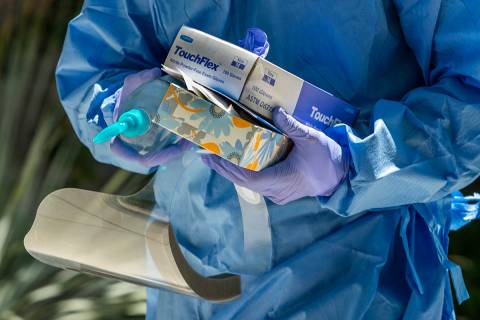 New data posted by the Southern Nevada Health District pushed the total number of cases reported in the county to 6,719 and raised the death toll to 343. 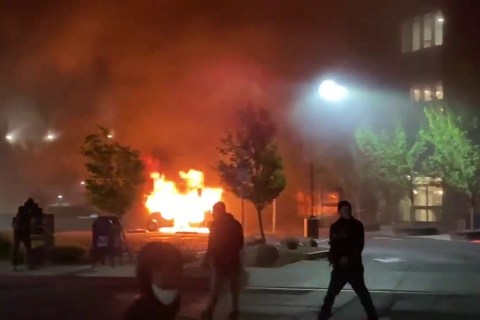