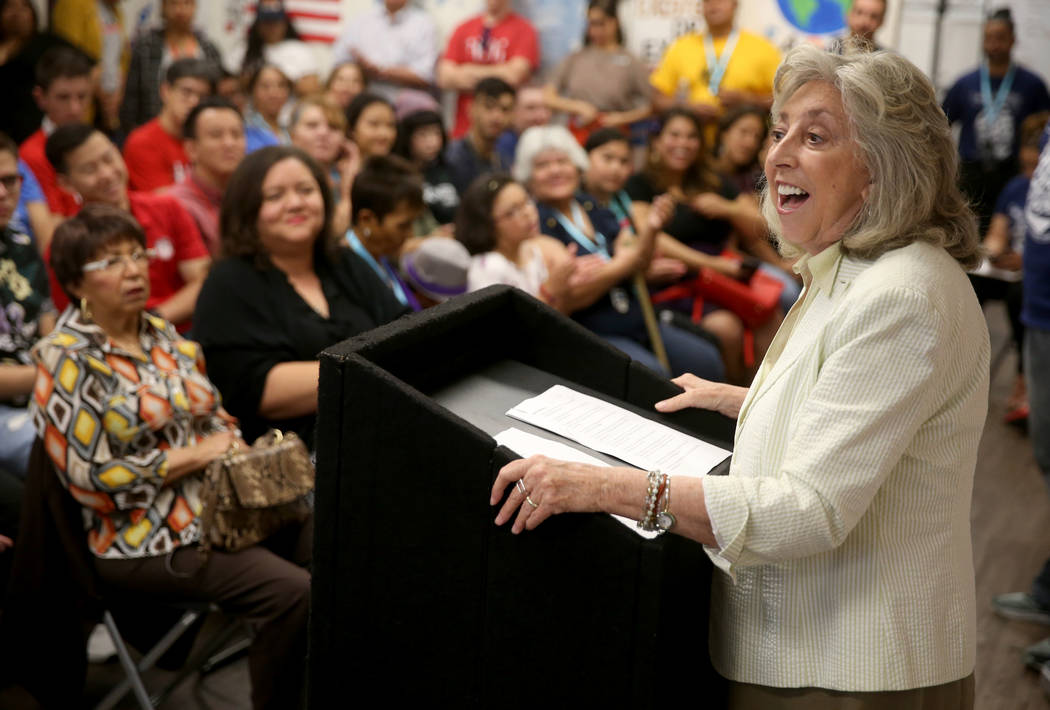 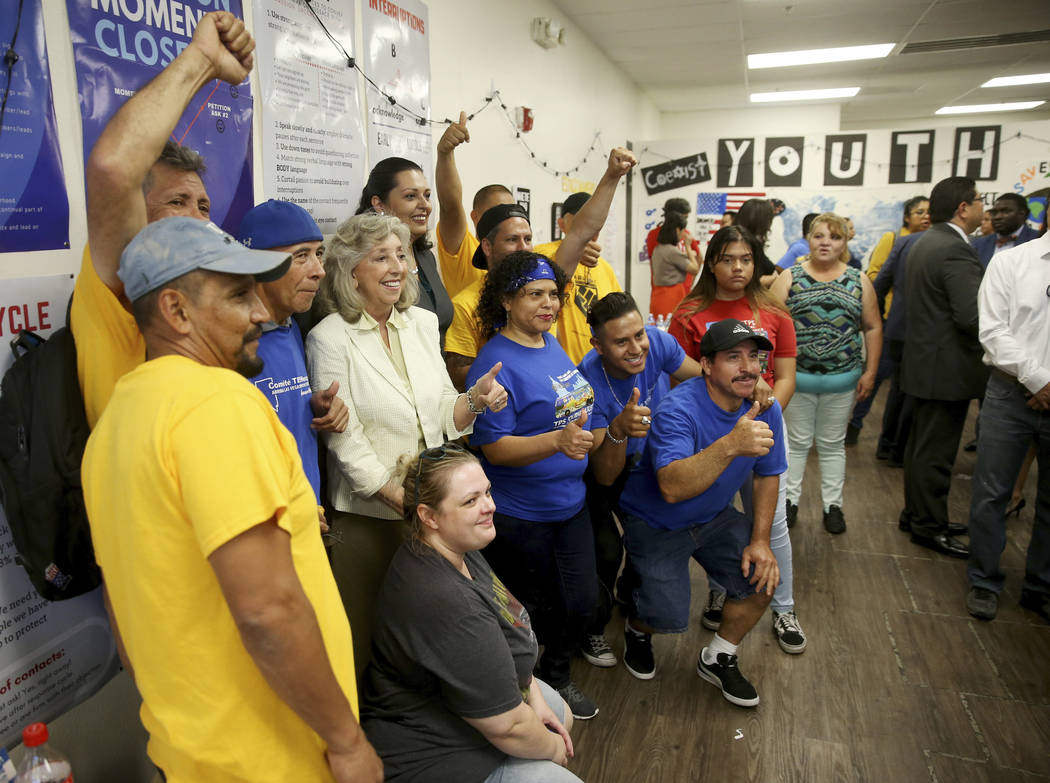 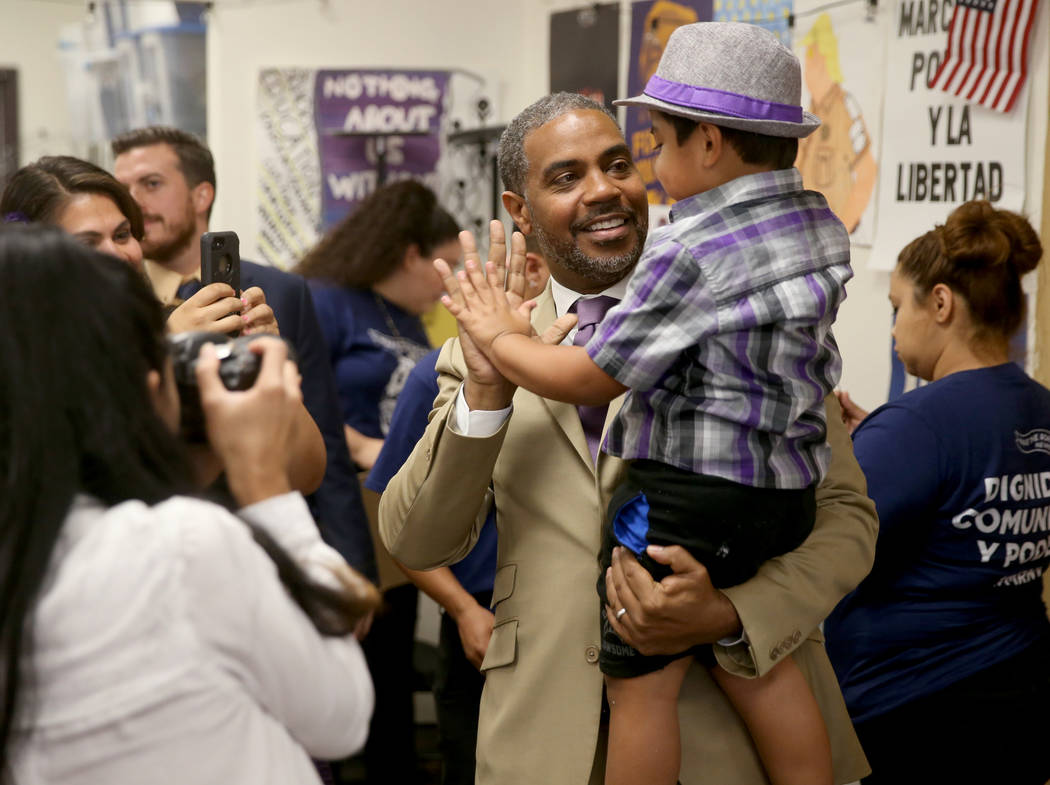 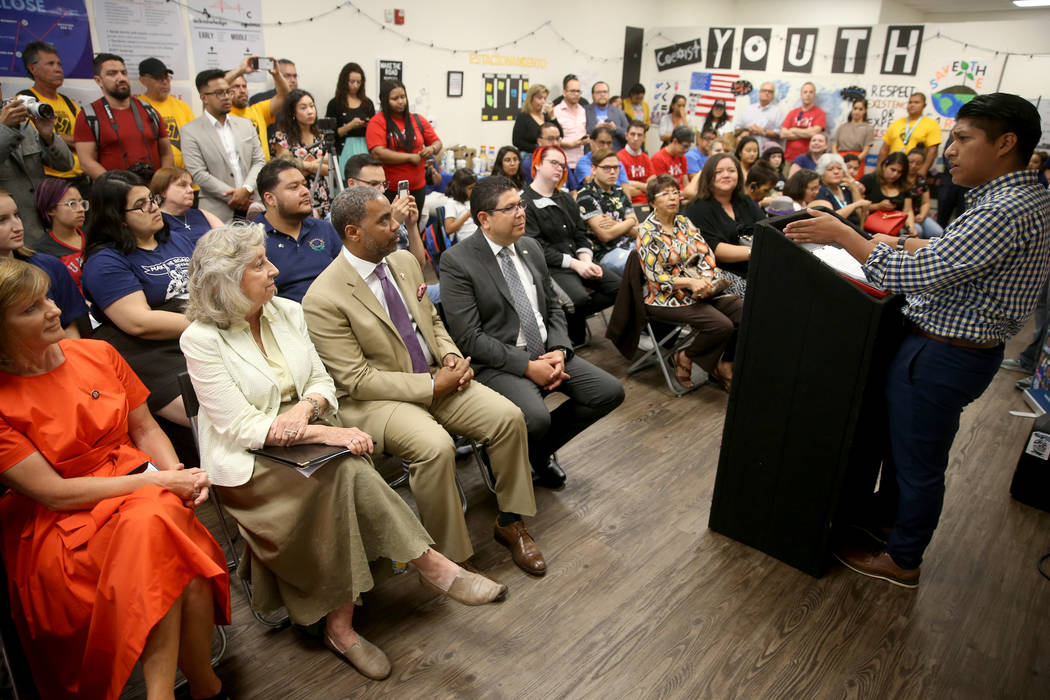 Three members of Nevada’s congressional delegation gathered Friday with immigration advocates and community members in Las Vegas to celebrate the House’s recent passage of a bill to provide a pathway to citizenship for millions of undocumented immigrants with temporary or deferred status.

Although the measure is unlikely to see the Senate floor or gain presidential approval, Democratic Reps. Dina Titus, Steven Horsford and Susie Lee said the American Dream and Promise Act of 2019 is a victory for Nevadans.

“It’s not just about economics; it’s about the values of our country,” Lee told the crowded headquarters of nonprofit Make the Road Nevada. “I was proud to stand and support this bill, and I’ll be proud to continue to fight along with everyone in this room. We’re not going to give up until we get justice.”

Horsford thanked the advocates and community members, whom he said invited the representatives into their homes to share stories that shaped policy. Horsford, whose mother is an immigrant, said the issue is about families more than economics or partisanship.

Titus noted that she first voted for the DREAM Act in 2009, but the work on comprehensive reform continues for Nevada, which she said was on the cutting edge of the issue.

“It’s not just in Washington,” Titus said. “It’s in Carson City. It will be in local government. We are in this together. We are a family.”

Leaders from the Nevada Immigration Coalition and the Latin Chamber of Commerce also spoke, as did several members of Culinary Local 226, which represents thousands of immigrant workers.

Ericka Lopez came to the United States about 19 years ago from El Salvador, which qualified her for temporary protected status. She grew emotional as she described working for more than 15 years in casino laundry rooms to provide a better life for her two children.

“We are the backbone here in Las Vegas,” she said to scattered applause. “We make this country better every day.”

After the mostly positive event, which was punctuated with sustained pro-immigration chants, Nevada’s representatives expressed some frustration over the immigration bill’s uncertain future.

Titus said it probably will take a Democratic takeover in the Senate to pass a clean DREAM Act but added that public pressure could affect vulnerable Senate Republicans facing re-election or push Senate Majority Leader Mitch McConnell to call for a vote.

Nevada is home to more than 13,000 beneficiaries of the Deferred Action for Childhood Arrivals program, Lee added, many of whom she said contribute to society as students, military members and workers.

“We’re laying a marker down that this is about families,” Lee said. “This is about the future of our communities, and we need to continue fighting.”