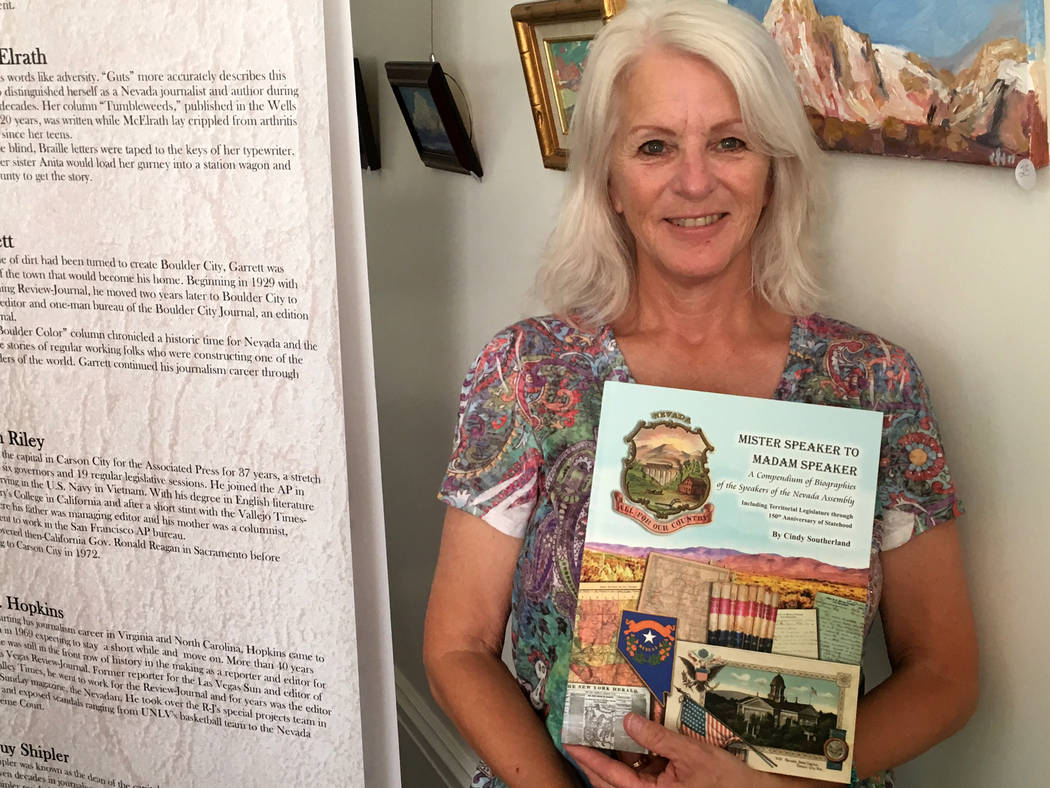 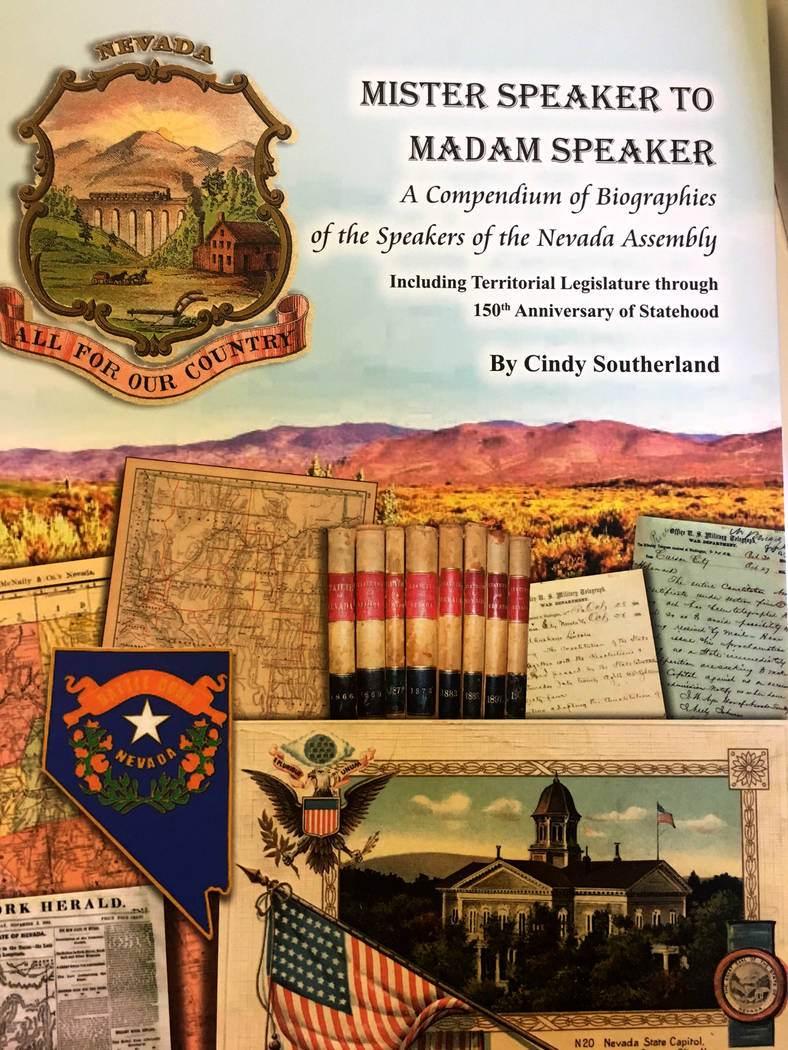 CARSON CITY — Those interested in Nevada history can check out a significant new addition on the subject with the publication of “Mister Speaker to Madam Speaker,” a labor of love for Carson City resident Cindy Southerland.

The hardbound volume is a compendium of biographies of the speakers who oversaw the Assembly in the Nevada Legislature, starting with three territorial officials who served in what was then called the House of Representatives.

It takes the reader up to the 2013 session of the Assembly, recounting all 65 speakers along the way, including two women: Barbara Buckley and Marilyn Kirkpatrick. The 1995 Assembly also had the distinction of having two speakers who shared duties — Joe Dini, a Democrat, and Lynn Hettrick, a Republican — because there was a 21-21 tie.

Southerland, who worked as an attache for the Assembly from 1989 to 2015, spent 12 years on the book she self-published.

“I was really interested in the territorial gentlemen because they’ve been kind of overlooked,” said Southerland, a historian and genealogy expert.

One of those early Nevadans was A.J. Simmons, who served as speaker of the territorial Legislature in 1864 and who was well acquainted with Samuel Clemens, better known as Mark Twain. Simmons’ biography includes a reproduced photo of him with Twain.

Twain recounts his mining experiences in Unionville, Nevada, in his book “Roughing It.” The book is filled with historic photos and documents related to each of the speakers.

One of the more interesting early speakers is James Banks, who served in the leadership post in 1864. The Nevada Assembly has photos of every speaker who has served in post except for Banks, who was killed, allegedly by Native Americans, while fishing in Humboldt County in 1867.

Southerland, who wrote the book on her own with no affiliation with the Nevada Legislature, had 150 copies printed. Fifty-five have been sold. She will likely do another printing if the first printing sells out.

Gov. Brian Sandoval, a Nevada history buff himself, was given a copy. He commended Southerland for her “dedication to telling these stories.” Former Gov. Robert List called the book a significant contribution to the literature on the history of Nevada.