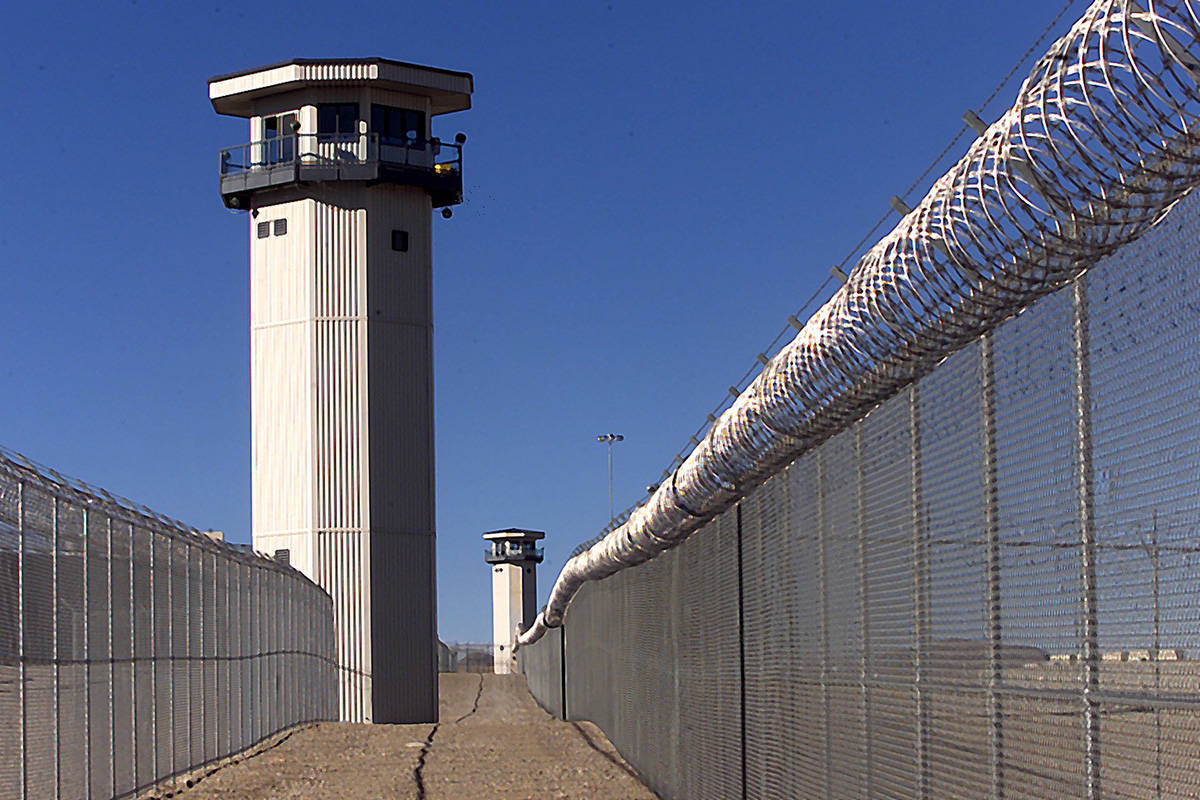 Gov. Steve Sisolak on Tuesday said it was “atrocious” that only 41.9 percent of Nevada prison employees are fully vaccinated.

“It’s just not acceptable,” Sisolak told Department of Corrections officials during a state Board of Prison Commissioners meeting.

As of Monday, 1,005 prison employees were fully vaccinated against COVID-19, according to Dr. Michael Minev, the prison system’s medical director. At 41.9 percent, that’s only a 6.7 percentage point increase since the last Board of Prison Commissioners meeting more than three months ago.

The total number of staff members has also decreased by 81 since the April 16 meeting, according to numbers released Tuesday by Department of Corrections Director Charles Daniels.

By comparison, 51.7 percent of the state’s total inmate population was vaccinated as of Monday, Minev said. That accounts for 5,599 inmates.

During April’s meeting, officials reported that only 8.9 percent of prisoners were fully vaccinated at the time.

Minev told board members Tuesday that vaccine hesitancy seems to be the main reason correctional officers and other employees do not want to get vaccinated. He confirmed that the state has enough shots to vaccinate all prison system employees.

In December, Christina Leathers, the prison system’s head of human resources, told the state Sentencing Commission that some employees would rather quit than be forced to get vaccinated. Leathers did not say at the time how prevalent the sentiment was among staff.

Nevada is working to implement an employee vaccination/testing program to begin in mid-August, state officials said last week. State employees who are not vaccinated will be required to take weekly COVID-19 tests and continue wearing masks at work.

The Department of Health and Human Services’ coronavirus website showed that 49 prisoners in Nevada had died of COVID-19 as of Tuesday. However, data from late March provided by the Department of Corrections showed that 55 prisoners had died after testing positive for COVID-19, and the health department’s website as of April 9 showed 53 prisoner deaths.

Neither agency responded to request for comment on Tuesday regarding the discrepancy.

As of Tuesday, three staff members have died of the virus, according to the health department’s data. The website showed 4,501 documented coronavirus cases among prisoners, which is about 41.6 percent of the current inmate population.

There have been 1,030 cases among staff members, which is nearly half the number of current employees.

“While NDOC did see a decline in COVID-19 positive results among staff, we are beginning to have both unvaccinated and vaccinated staff test positive,” Daniels said Tuesday.

At High Desert State Prison, two sinks in the prison’s culinary section had “no detectable sanitizer.” Southern Desert Correctional Center had multiple violations — soap dispensers in the kitchen and bakery were not working; culinary staff could not properly wash their hands; three culinary sinks had no sanitizer; and two “high temperature dish machines” were in disrepair.

All of the deficiencies were addressed during the inspection, Azzam said.

Azzam told board members he has also been pushing for prisoners and staff to get vaccinated.

“Vaccination is the only way for us out of this pandemic,” he said.