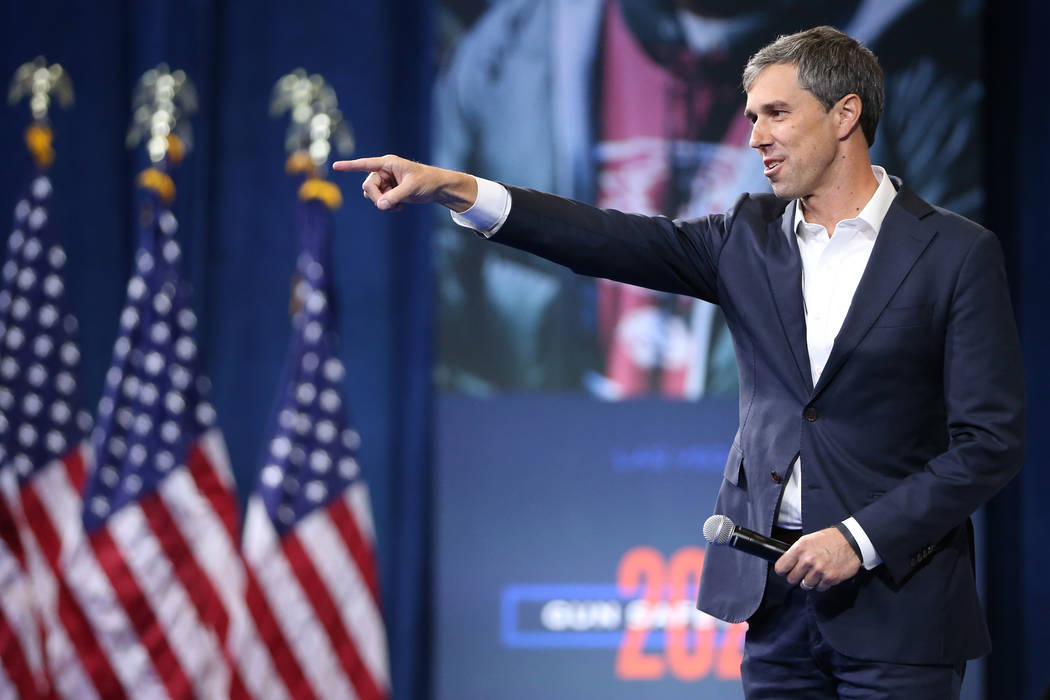 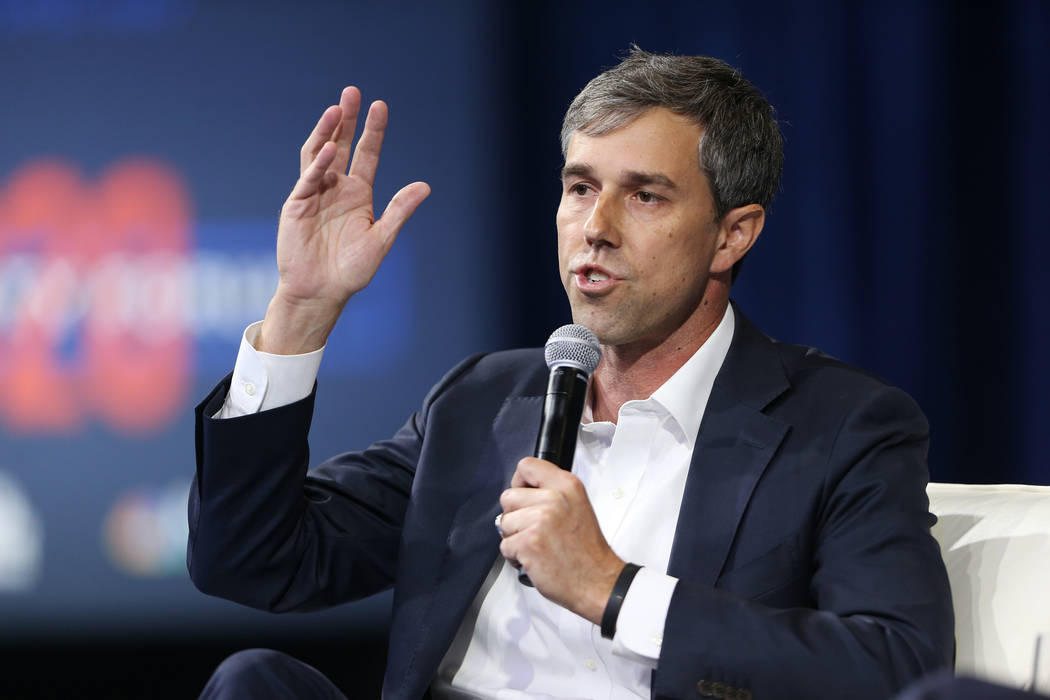 Former Texas congressman Beto O’Rourke made a Thursday campaign stop at Rancho High School in North Las Vegas, where he spent about 45 minutes taking a wide variety of questions on police shootings, the economy, racial inequality and gun violence.

After the visit, O’Rourke discussed the latest news on the impeachment inquiry into President Donald Trump, his campaign’s financial status and how he hopes to turn small discussions in politically untrodden areas of the country into a presidential nomination.

— Gun violence and America’s youth: As he did at a nationally broadcast gun forum in Las Vegas on Wednesday, O’Rourke focused much of his discussion with the students on combating gun violence and young people’s historical role in making big changes in America. O’Rourke has called for the mandatory buyback of assault weapons, a position that not all his fellow candidates share, he said, because of the political risk.

— On students’ role in ending Vietnam, winning civil rights and the current gun debate: “Very often people like me or who look like me are the ones who get the credit, but we only do what you force us to do at the end of the day.”

— On campaigning outside of the early states: O’Rourke said the people of Nevada and Iowa — early voting states prioritized by most candidates — care about what’s going on across the country. He can share stories of the shooting in El Paso, immigration raids in Mississippi and other issues. “Connecting all of these dots, connecting the country, and especially connecting people whose voices aren’t often enough part of the conversation, like perhaps the students here at Rancho High School … I just think that’s essential to providing the leadership that this country needs.”

— Impeachment: Asked about Trump apparently inviting China and the Ukraine to investigate fellow Democratic candidate Joe Biden, O’Rourke said “the moment we allow that to pass without consequence is the moment that we lose our democracy and our ability to freely choose those who will represent us forever. And we cannot allow that to happen.”

— Money: O’Rourke would not share his third-quarter fundraising total, only saying he raised more than the $3.6 million he reported in the second quarter.