Nevada recorded 976 new cases of COVID-19 and 20 additional deaths over the preceding day, ending a two-day streak of below-average increases, according to data posted Friday.

The new figures posted on the Department of Health and Human Services’ nvhealthresponse.nv.gov website increased the case total for the state to 54,533 and hiked the death toll to 920. (Reports from local health districts and counties placed the case total somewhat higher, at 54,621.)

The state’s infection or positivity rate, considered a better barometer of the trend of the outbreak, also bounced higher after a one-day decline to reach 10.76 percent.

The one positive aspect of Friday’s data was the number of hospitalizations of suspected and confirmed COVID-19 patients, which declined by 82 to 1,035.

The rebound in three of the four key metrics came after two straight days of below-average reports compared to the preceding week.

Those figures, presumably included in the state totals, brought the case total in Nevada’s most populous county to 46,990 and pushed the death toll to 770.

The health district reported 66 additional hospitalizations for COVID-19 over the preceding day, but data from the Nevada Hospital Association posted Friday indicated that the number of hospitalized COVID-19 patients declined from 992 to 936 over that period. The reason for the discrepancy was not clear. 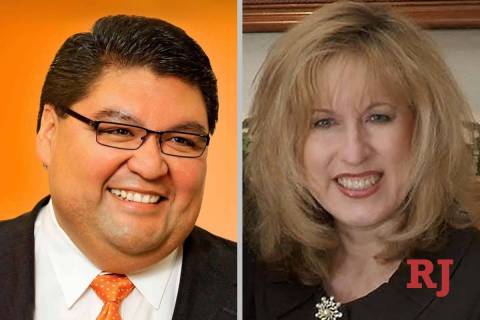