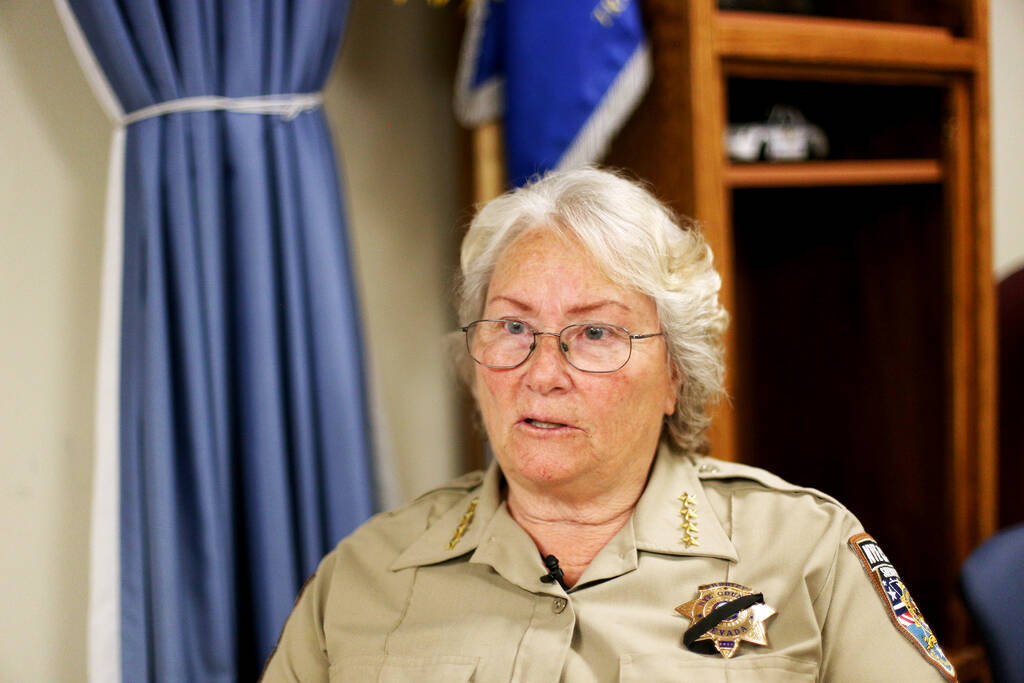 Controversial outgoing Nye County Sheriff Sharon Wehrly is one of 15 candidates being considered for a vacant justice of the peace seat that county commissioners are expected to fill as early as January.

The position replaces judge Kent Jasperson, who died in August following a long battle with cancer.

Justices of the peace determine whether certain cases have enough evidence to be bound over to a district court for trial. They also preside over some misdemeanor, small claims, summary eviction, temporary protection and traffic cases.

The average pay for a justice court judge in Nevada can range from $61,380 to the mid-six figures. No previous experience is necessary for the position, according to Nye County Commissioner Debra Strickland, who said the appointment will last for two years until Election Day 2024.

“It does not require anything, so just about anyone can put in their name with a letter of interest or a resume. The position does not require a college degree,” Strickland said. Commissioners “make the appointment by voting for the candidate that we want to put in that position.”

The new justice of the peace will be sworn in by the county clerk in January before assuming the bench.

Earlier this month, Wehrly lost her bid for re-election to challenger Joe McGill. Wehrly will vacate the sheriff’s role in early January, when McGill is expected to be sworn in as the county’s top law enforcement officer.

While Wehrly does not have judicial experience, it isn’t unprecedented for a member of the sheriff’s office to serve as justice of the peace.

Strickland said the judicial appointment will appear on the agenda of the commission’s Dec. 6 board meeting for initial discussion, but it’s unclear when action will be taken to fill the seat.